The meeting, expected to draw 1,000 of the lobby group’s political leaders, is set to focus on its involvement in congressional elections, rather than lobbying on policy 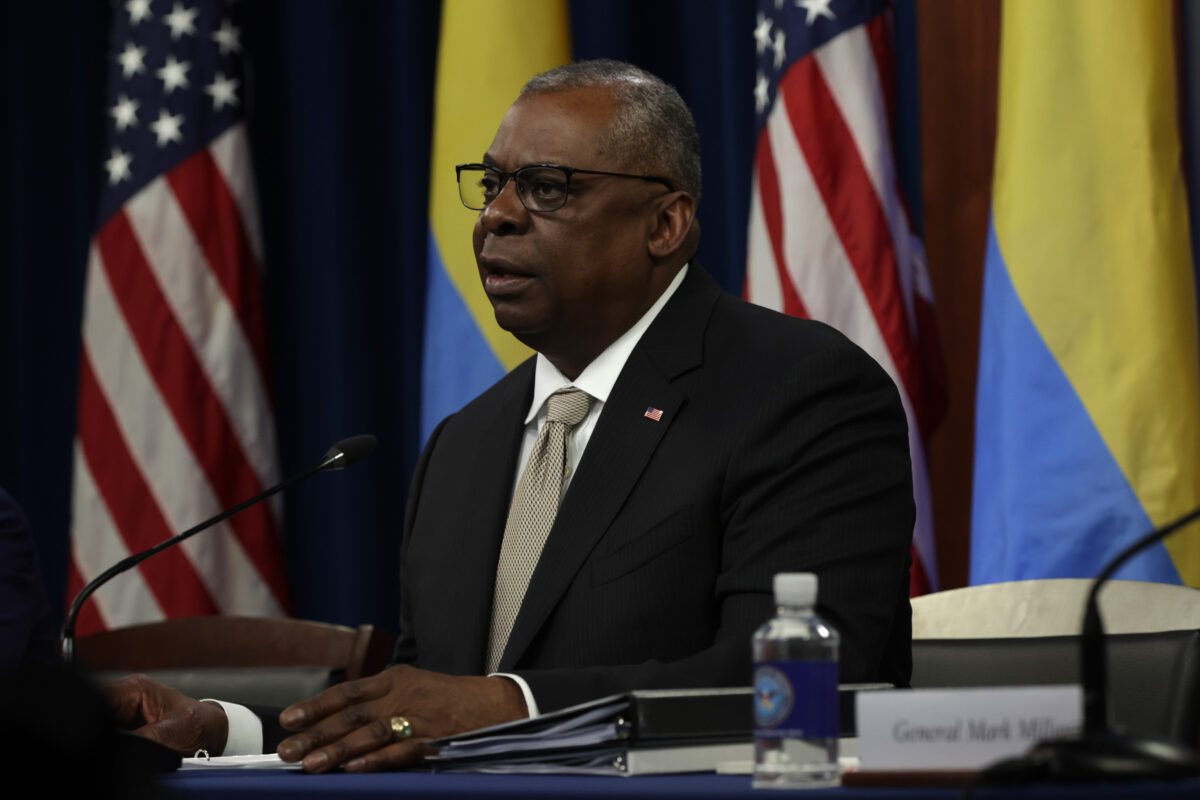 Secretary of Defense Lloyd Austin gives opening remarks during a virtual meeting of the Ukraine Defense Contact Group at the Pentagon May 23, 2022, in Arlington, Virginia.

AIPAC will hold a leadership meeting in Washington, D.C., next week that will focus on congressional election strategy, an individual familiar with the plans informed Jewish Insider.

The two-day meeting, which will take place between Jan. 9-10, is expected to attract 1,000 of AIPAC’s “top political leaders,” the source said, and will feature remarks from Secretary of Defense Lloyd Austin and congressional leaders from both parties.

While the conference is set to include electoral and policy-related content, it will provide a forum to review the results of AIPAC’s first cycle of direct involvement in congressional elections and strategize for the 2024 cycle, the individual said.

Unlike AIPAC’s policy conference, the organization’s annual hallmark event of years past that prior to the COVID-19 pandemic drew more than 15,000 attendees to Washington from around the country, next week’s gathering will not include a lobbying component.

The event is also set to feature content relating to “challenges and opportunities” in the U.S.-Israel relationship. The first days of Israel’s new government coalition have seen increased tensions between the Biden administration and Israel, as the administration criticized National Security Minister Itamar Ben-Gvir’s visit to the Temple Mount this week and the State Department warned against expanding or legalizing settlements.

The individual said that the speaker list is not yet finalized, and it is unclear how the ongoing House leadership elections will impact the lineup of lawmakers who will be speaking at the gathering. Iranian-American activist Mariam Memarsadeghi announced in a tweet on Wednesday that she will be addressing the forum to discuss the ongoing protests in Iran and “what the US, Israel, and AIPAC can do to help the Iranian people win their freedom.”