As he steps down after 25 years at the Committee to Protect Journalists, Joel Simon is taking his advocacy work to academia 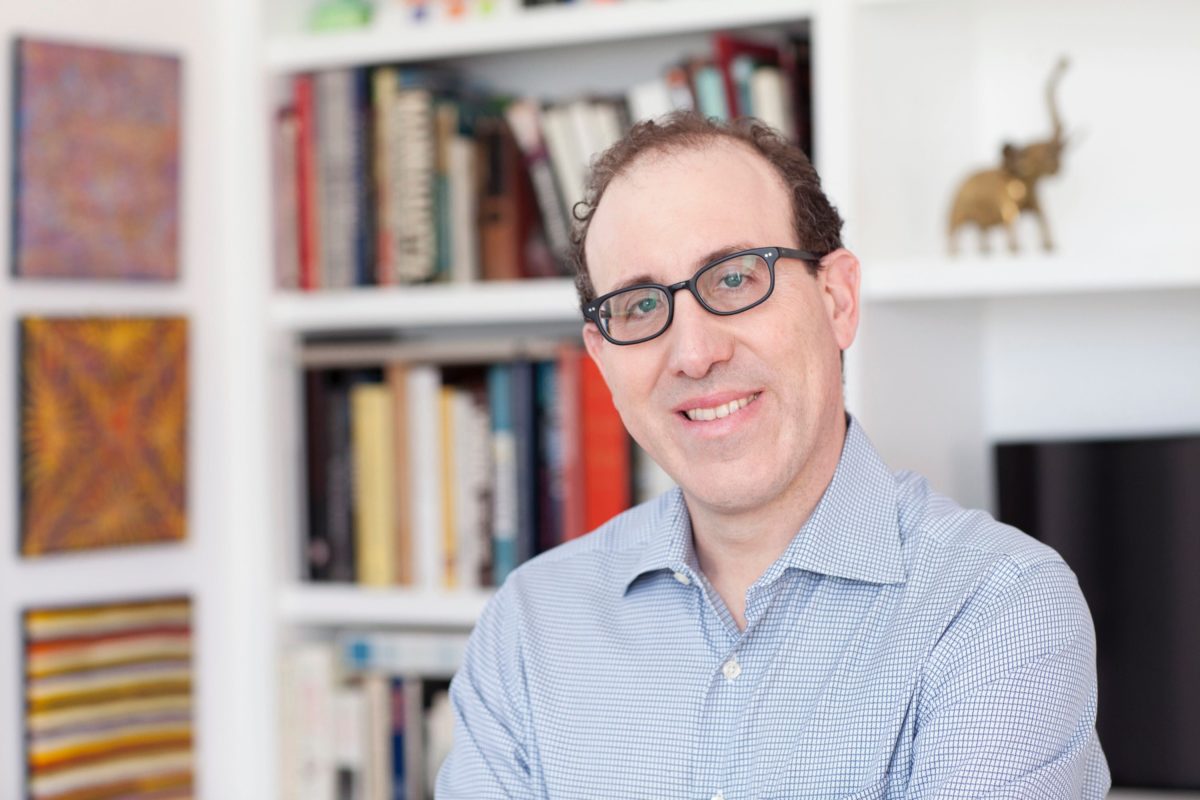 When Joel Simon took a job with the Committee to Protect Journalists as a program coordinator in 1997, there was a widespread sense that the depredations of the 20th century were finally coming to an end. “Liberal democracy had triumphed, and there was this new technology emerging called the internet that was going to make censorship obsolete,” he recalled in an interview with Jewish Insider. “There was a lot of optimism in the air.”

Within just a year, Simon’s outlook had worsened, particularly amid an upsurge in violence in Latin America — where he had previously worked as a freelance journalist — including attacks on friends and peers that had lent a painful personal dimension to an increasingly challenging role.

Simon took over as CPJ’s executive director in 2006, and as he prepares to step down at the end of the month after 25 years with the world’s leading press freedom advocacy organization, founded in 1981, he is dismayed to report that the situation has in many ways never been worse.

“We’re not where we expected to be a quarter-century later,” Simon told JI. “There are more journalists in prison around the world than at any time since CPJ has been documenting that phenomenon. Every indicator suggests that press freedom is in decline.”

More broadly, he said, democracy is waning across the globe, and while technology has “certainly liberated information,” it has largely failed to deliver on its initial promise and instead has empowered authoritarian governments and other “enemies of press freedom and free expression.”

Simon, who is in his mid-50s, announced that he would be stepping down from his post last June. His decision, he said, was motivated by a number of considerations, one being that he feared burning out in a position that has become more demanding than ever in recent years.

“We’re not making the kind of progress we need to make,” he said, “and I think the horizon you need to really think creatively about how to change the situation is a longer horizon than I was prepared to give to CPJ at this stage of my life.”

After nearly three decades in the trenches, Simon was also yearning to take on some of the long-term challenges that he has been incapable of addressing while dealing with “one crisis after the next” in his current role.

Next year, with support from the Ford Foundation, he will finally get that chance. Simon is joining the Tow Center for Digital Journalism at Columbia University as a fellow, where he will conduct research with the ultimate aim of creating a global press freedom center at an academic institution in the United States.

“I feel that movements are really strong when they have strong institutions,” he said of the reason for his upcoming project. “There are some deficiencies in that realm.”

In another role at Columbia, Simon will also be a senior visiting fellow at the Knight First Amendment Institute.

In April, Simon will release a new book, The Infodemic: How Censorship and Lies Made the World Sicker and Less Free, co-written with Robert Mahoney.

“The pandemic accelerated all of these negative trends in the sense that it created an opportunity for governments around the world to simultaneously crack down on a narrative that governments wanted to suppress,” Simon told JI. “That COVID was a grave threat to public health and that the governments in most instances were inadequate.”

Simon told JI that he has not been directly involved in the transition process at CPJ but has provided input when needed. “My understanding is that things are going well,” he said, “and I think an announcement will be made soon.”

As he looks out on the press freedom landscape, Simon describes a “diminished U.S. influence and leverage” that is in some ways “a legacy of” former President Donald Trump, whose attacks on the media were unrelenting throughout his four years in office. But there are many other reasons, Simon told JI. “Trump was definitely a symptom of the disease rather than the cause.”

“China’s power is rising and illiberal forces in the world are in ascent,” he said. “Democracy is not as robust and not as appealing as it once was.”

His comments were echoed by the two journalists, Maria Ressa and Dmitri A. Muratov, who received the Nobel Peace Prize last week, warning in their acceptance speeches that democracy is under threat.

In Simon’s view, President Joe Biden has had something of a mixed record on press issues during his first year in office. The outgoing CPJ executive gave credit to the Justice Department for what he characterized as a “big and important commitment” to refrain from subpoenaing journalists in leak investigations.

On the other hand, Simon was alarmed by the Biden administration’s response to a U.S. intelligence report, released in February, that implicated Saudi Prince Mohammed Bin Salman in the 2018 assassinaton of Washington Post journalist Jamaal Khashoggi. “I call Trump an accessory after the fact to that murder, because I think he assisted in the cover-up, and we really thought that Biden might hold the Saudis accountable,” Simon told JI. “That did not happen.”

The disorderly withdrawal from Afghanistan last summer, Simon argued, was another mark against the current president’s press freedom credentials. “We certainly thought that there should be a concerted effort made to protect Afghans whose lives were at risk because they supported democracy in Afghanistan, including journalists, and we saw none of that,” he said. “That was very disappointing.”

Even before the military evacuation, Simon had been loudly advocating for protecting the lives of vulnerable Afghan journalists as the country was poised to be overtaken by the Taliban.

Simon has known many journalists who have been killed for doing their jobs. “I’ve had this happen on a number of occasions: you meet these courageous journalists, and they’re going out there and doing this amazing, courageous work, and they will not be deterred, and the only way to stop them is to kill them,” he said. “And that just happens. You lose friends, you lose people you admire for their courage.”

In spite of what looks like a grim forecast for journalists, Simon argued that there is still reason to remain hopeful. “If you have a long enough view and you recognize precisely what’s at stake, then you can totally imagine a scenario in which things are different and things are better,” he said. “That’s certainly how I feel.”

But even if that weren’t the case, Simon suggested that the work is enough to keep him going.

“The optimism attached to this is why we fight for this, because it’s so important, and it matters so much, and it matters so deeply,” he told JI. “It’s not really attached to ‘the situation is wonderful’ or ‘it’s going to improve.’ It’s more a recognition of what’s at stake and why the fight is worth it — and frankly, I want to engage with the struggle in a different way. But I want to stay in it.”