As the streaming industry has taken off during the pandemic, The Wrap, Waxman’s entertainment industry website, has grown along with it 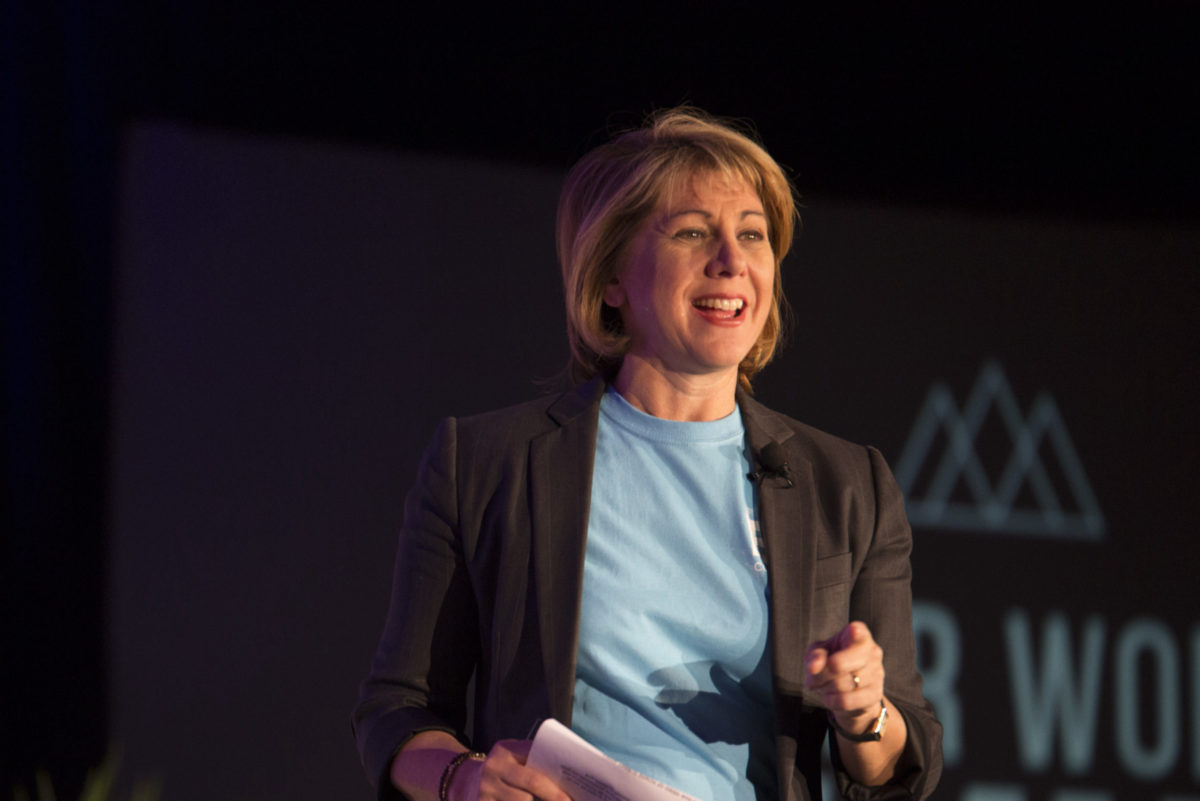 Sharon Waxman at The Wrap's BE Conference 2018 at SXSW.

When the Academy Awards concluded on the evening of February 9, 2020 — an in-person ceremony at the Dolby Theatre in Hollywood — there were a couple of notable headlines. One was that Netflix, the streaming giant whose aggressive push for establishment recognition resulted in 24 Oscar nominations, picked up only two awards. The other highlight was Parasite, the South Korean thriller whose historic best picture win made it the first non-English-language film ever to notch the top prize.

The headline this year, however, is that the Oscars are happening at all.

The ceremony, delayed by two months because of the coronavirus pandemic, is finally taking place on Sunday as the Academy of Motion Picture Arts and Sciences prepares to broadcast the long-awaited — and limited-capacity — event from two locations in Los Angeles as well as a smattering of satellite sites around the globe.

As the movie industry begins to rebound after a year of shuttered venues and postponed releases, the Oscars are an opportunity — albeit with less pageantry than usual — for Hollywood to reassert its relevance in a cultural landscape battered by the pandemic. Still, while theaters in particular have been hit hard, the past year hasn’t been all doom and gloom, according to Sharon Waxman, an awards season guru and founder and CEO of The Wrap, a website covering the business of entertainment.

“You can’t just say it’s been a year of devastation for the entertainment industry,” Waxman told Jewish Insider in a recent interview. “It’s also been a year of opportunity.”

Waxman, who has covered Hollywood for The New York Times and The Washington Post, isn’t an industry cheerleader by any means. Her prescient and gimlet-eyed reporting has exposed much of the puffery associated with the awards season. In her first big investigative piece for the Post, in 1996, Waxman eviscerated the Hollywood Foreign Press Association, responsible for Golden Globes nominations, as an overhyped group consisting mostly of amateur, part-time journalists with little film expertise to speak of working “for small publications in places like Lithuania and Bangladesh.”

“I was very early in calling out the Golden Globes,” Waxman said, “and I was very much alone.”

But Waxman, who is 58 and lives in Los Angeles, believes the slate of nominations at this year’s Oscars — dominated by streaming services like Netflix and Amazon as well as newcomers such as Apple TV+ and Disney+ — reflect broader industry trends that likely won’t be reversed after the pandemic. “We’re not going back to before-times,” she said.

“All of these streaming services have launched,” Waxman told JI. “That’s now become a big part of the conversation — and all the companies that were basically theatrical companies are now focused on streaming, whether that’s Warner Bros. pivoting their focus to HBO and HBO Max or NBC focused on Peacock.” 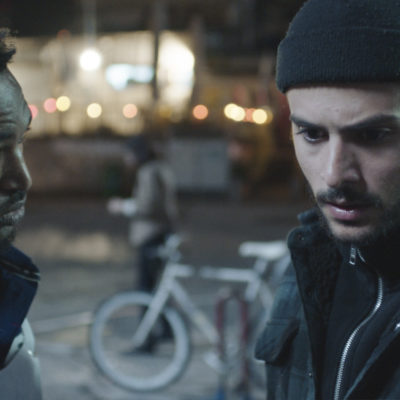 Theatrical companies are “still relevant,” said Waxman, who rues the passing of several movie houses, “though they’re going to be relevant in tandem with their streaming services.”

“There’s like four or five streaming services that launched in the past year,” she added. “Netflix has grown, Disney+ has grown, Hulu has grown, Amazon has grown. So that’s been a real rapid and significant pivot for the whole entertainment ecosystem. But for us, that means there are still people who are interested in the awards season, which is where a lot of our revenue comes from, and it’s been a very, very competitive year this year for the Oscars.”

Though a number of media companies have downsized during the pandemic, The Wrap has managed to grow over the past year, according to Waxman, who says she has hired at least eight new employees since September, including a newly minted chief revenue officer, while boosting subscription revenue by 500% after implementing a steep discount.

When the virus hit, “I’m thinking, as a CEO, are all of our advertisers going to pay their bills?” Waxman recalled. “I have no idea.” The Wrap’s slate of live events was also in peril.

But as the company pivoted to the virtual world, Waxman said she was able to tap into a crucial global audience that she hadn’t known existed. “We have readers flooding these virtual panels from all over the world, and having done so many events, we never had that before,” Waxman told JI. “We knew we had an audience, but we didn’t know that they felt that connected to us, and that they would get up in Reykjavik and Saudi Arabia and India to hear from these industry experts.”

One question Waxman is paying close attention to is the issue of diversification and gender balance in the industry — a matter recently brought to the forefront after The Los Angeles Times revealed that the Hollywood Foreign Press Association had no Black members. “How much of that is lip service?” Waxman mused. “How much of it is real and putting power in the hands of people who really haven’t had power up to now? There’s a lot of lip service, for sure, which is not surprising.”

“We do an annual survey of how many female directors are now directing major projects, and we watch the progress of that every year,” Waxman said. “We did that and made Lionsgate very unhappy, because we pointed out that they didn’t have a female director on their slate for like three years running. I think that’s one way that we’re here to hold the industry accountable to their public statements.”

Waxman, who is Jewish, grew up modern Orthodox in Cleveland and now identifies as Conservative. “Certainly, Jewish values inform my life,” she said. “I think there’s a close connection between Jewish values of what I would identify as, say, critical thinking and valuing just humanism overall — issues of social justice, issues of fairness, issues of equity and inequity. I think all of those humanist values, to me, are rooted in the Jewish tradition that I grew up in.”

But her main focus has been confined to the entertainment industry for some time. Waxman, the author of Rebels on the Backlot: Six Maverick Directors and How They Conquered the Hollywood Studio System, founded The Wrap in 2009, quickly establishing it as a feisty competitor of the online industry news site Deadline, now owned by Penske Media Corporation, as well as Mediaite, the media and politics publication.

Since then, Waxman has sought to cover the entertainment industry as it has weathered several industry trends. “The rise of streaming has changed everything,” she said. “The whole power center has shifted from a handful of major studios to these massive distribution platforms — Facebook, Google, Amazon, Netflix, Twitter. That’s really where the locus of power is now.”

As for the Oscars, which have been singled out in recent years for a lack of diversity among its nominees, Waxman argues that there is a somewhat more complex dynamic at play. “It’s not so simple as the Academy paying lip service and the nominations being window dressing,” she said. “It doesn’t really work like that.”

“The nominations have to reflect, number one, the films that have been made,” Waxman told JI. “Number two, they have to reflect the interests of the voters. The Academy can’t snap its fingers and make diversity among the nominees happen. The movies have to be in the pipeline. So what has happened — and it hasn’t taken very long — is there’s been an intentionality of focus in the entertainment industry to bring more diverse voices, given the opportunity, to tell the stories, and doing that, inevitably, some great storytellers have emerged. That’s what we’re seeing.”

At the same time, Waxman said, the Academy has “dramatically increased” its membership. “They always knew it was a problem,” she told JI. “It just hadn’t been a priority, and in so doing, lo and behold, they were able to increase the membership by like 50% in a few years. So it’s a real lesson in what can be done when you place your focus on something and you place a priority around something.”

“Is it going to last?” Waxman mused. “I sure hope it will. I don’t know more than anybody else knows about that, except that I do think there is a consensus that what has been acceptable in years past is no longer acceptable. At the same time as there is a desire for change — that’s clear — I think there are forces that want to resist that change, and are desperate to try to find ways to hold on to their power. But I think the change is here.”

Waxman was confident that the Oscars would, at least, avoid a scandal like that of the Globes. “There’s not some dirty little secret,” she said. “I would have written it had there been.”