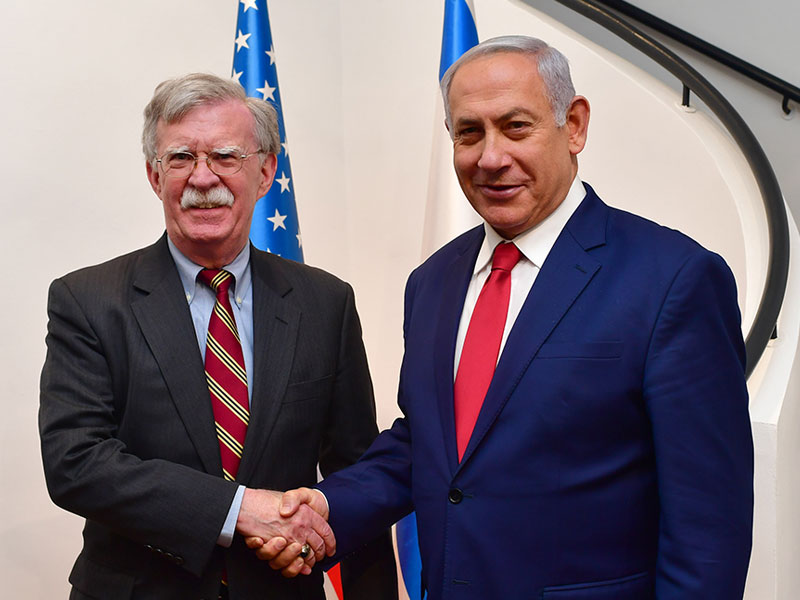 In John Bolton’s new book, The Room Where It Happened: A White House Memoir, the former national security advisor details how Israeli Prime Minister Benjamin Netanyahu and Israel’s Ambassador to the U.S. Ron Dermer tried to block President Donald Trump from meeting with Iranian Foreign Minister Mohammad Javad Zarif on the sidelines of the G7 meeting in August 2019.

Bolton recounts being vehemently opposed to such a meeting and confirms reports at the time that Netanyahu and Dermer had repeatedly tried to reach Trump to prevent such a meeting from taking place.

“Kushner was on the phone to David Friedman, US Ambassador to Israel, telling Friedman that he was not going to allow Netanyahu’s call to go through. (Now we knew who was stopping all those calls to Trump!),” Bolton wrote of the chaotic day. Kushner, Bolton claimed, was impeding the calls “because he didn’t think it was appropriate for a foreign leader to talk to Trump about who he should speak to.”

Bolton said that both Kushner and Trump were in favor of the president meeting with Zarif. “‘I still think I’ll see him,’ Trump said, ‘it would be in private, maybe just a handshake,’” Bolton wrote. When Bolton told Pompeo of the intention, the secretary of state replied: “‘So, we have Mnuchin and Jared, two Democrats, running our foreign policy,’” Bolton recounted, adding: “which struck me as about right.”

In the first chapter of his book, Bolton describes a meeting he had with Netanyahu in May 2017. While the conversation centered on the Iranian threat, Bolton writes, Netanyahu “was also dubious about assigning the task of bringing an end to the Israel-Palestinian conflict to Kushner, whose family Netanyahu had known for many years. He was enough of a politician not to oppose the idea publicly, but like much of the world, he wondered why Kushner thought he would succeed where the likes of Kissinger had failed.” On Thursday, the Prime Minister’s Office released a statement expressing confidence in Kushner and rejecting Bolton’s claims.