Al Otaiba: Palestinians are the ‘elephant in the room’ in Abraham Accords conversation

The comments from the UAE ambassador came at an event celebrating two years of relations between Israel, Bahrain and the United Arab Emirates 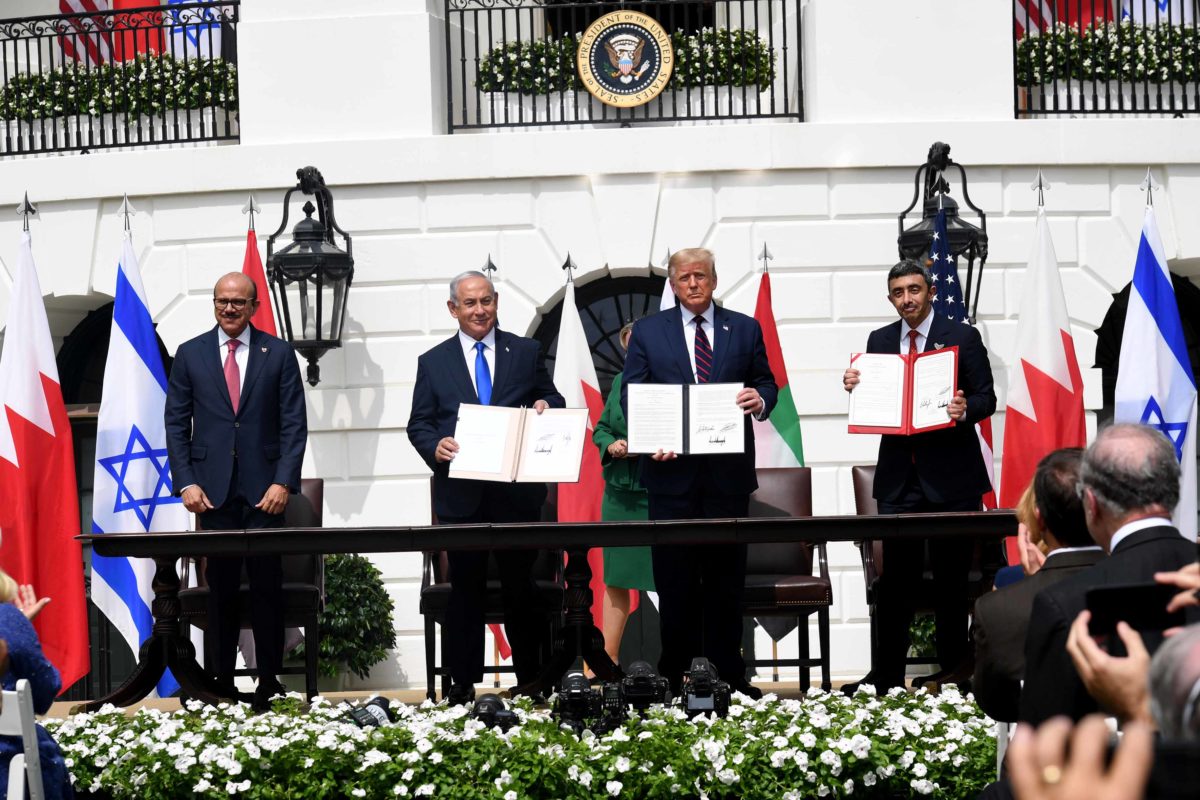 At an event celebrating the two-year anniversary of the Abraham Accords, United Arab Emirates Ambassador to the U.S. Yousef Al Otaiba referred to the Palestinians as “the elephant in the room,” and called on signatories to the Accords to do more to advance a two-state solution to the Israeli-Palestinian conflict.

“All the stuff that we’re talking about is great,” Al Otaiba said at a virtual event on Thursday organized by the Washington, D.C.-based Atlantic Council think tank, “but we can’t avoid talking about the two-state solution. We really can’t.”

He was joined on the panel by Israeli Ambassador to the UAE Amir Hayek, Bahraini Ambassador to the U.S. Abdulla Bin Rashid Al Khalifa and Dan Shapiro, former U.S. ambassador to Israel and current Atlantic Council distinguished fellow. Much of the conversation was spent applauding the regional changes that have come about in the past two years and discussing plans to build upon the Accords, which were brokered by the Trump administration and signed on Sept. 15, 2020.

“I think it’s really important,” Al Otaiba continued, “for us to continue advocating and pushing and encouraging that this is the only solution.”

Al Otaiba, who has been one of the biggest public boosters of the normalization agreement since it was signed in 2020, said earlier in the call that he “didn’t have much expectations, honestly, of the agreement. I thought it was just an agreement that we were negotiating in real time, and we wanted to avoid annexation,” he explained, referring to the UAE’s goal at the time of stopping the Israeli government’s plans to annex parts of the West Bank. “We wanted to kind of avoid what I thought was going to be a disaster for the region.”

One way to involve the Palestinians in the expanding regional architecture is to bring them into the N7, Al Otaiba said, referring to a conference organized last year by the Atlantic Council and the Jeffrey M. Talpins Foundation, with participants from seven nations that had normalized ties (UAE, Bahrain, Egypt, Jordan, Morocco, Sudan and Israel).

Hayek suggested the Palestinians should only come to the table after Israelis and Palestinians improve their own ties.