Much of Israel’s foreign policy is likely to remain unchanged, while domestic issues will be most affected by the leadership change, analysts told JI 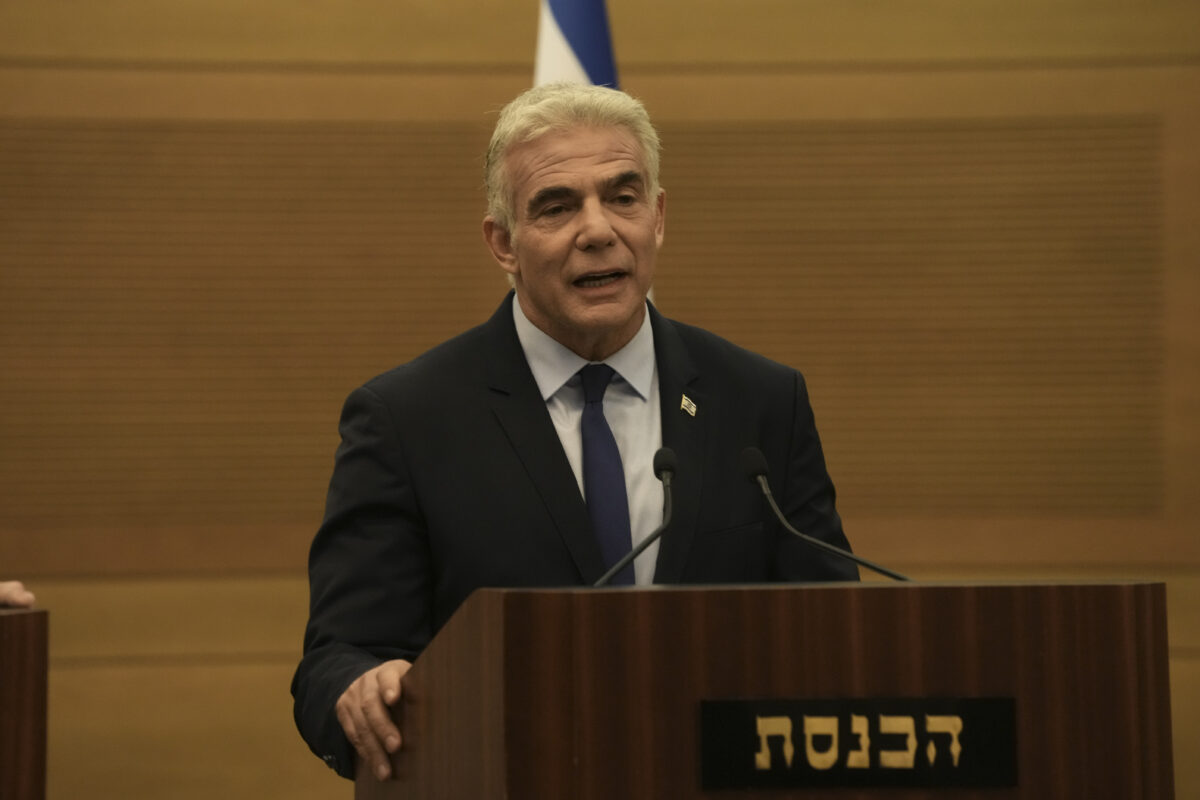 Israeli Prime Minister Naftali Bennett’s surprise announcement Monday night that he will disperse his increasingly disunified coalition after just over one year in office sent Israel’s political sphere into a tailspin.

Standing beside his political partner, Alternate Prime Minister and Foreign Minister Yair Lapid, Bennett informed Israelis in a televised statement that dissolving the government, which he said had made progress in a broad range of domestic and foreign areas, was a “difficult moment, but it was the right decision for the State of Israel.”

The announcement, however, cast uncertainty on how the interim government might function in dealing with immediate and sensitive issues as the country heads into its fifth election cycle in less than four years.

While Bennett’s government saw some successes domestically, including passing a state budget for 2022, there are looming issues, such as the annual budget for 2023, the health, economic and social fallout from the continuing COVID-19 pandemic and the skyrocketing cost of living.

In addition, there are key foreign policy issues that need to be dealt with amid a transition in political leadership: the upcoming visit to Israel by President Joe Biden next month, as well as tensions with Iran, which have taken center stage in recent weeks amid credible threats to abduct Israelis traveling to Turkey.

A joint statement released by Bennett and Lapid on Monday said the two will submit a bill to Israel’s parliament to dissolve the government. The initial vote could come as soon as tomorrow, but the process might take longer. An election is expected to take place on Oct. 25. During the election period, Lapid will replace Bennett as interim prime minister and Bennett will take on the role of alternate prime minister, handling the Iran portfolio.

Lapid will continue on as foreign minister and deal with the bulk of foreign policy matters, including greeting Biden when he visits Israel on July 13. U.S. Ambassador to Israel Tom Nides said on Monday that Biden’s trip “will happen as planned.”

“The president’s visit is going ahead on schedule,” Shalom Lipner, a senior fellow at the Atlantic Council, told Jewish Insider. “The president has stated that he is coming to see the people of Israel so I wouldn’t expect any changes. For both the president and whoever is in the prime minister’s office, this visit will serve mutual interests. I would also anticipate the continuation of the current government’s engagement with the administration, airing any disagreements in private.”

Lipner, who spent nearly three decades working in the Prime Minister’s Office, said that while “the transitional government will not be able to pass any important legislation like the 2023 budget, it will have a freer hand to govern without the constant threat of no-confidence motions or Knesset members threatening to topple it.”

“On the other hand, election campaigning will present the new challenge of preventing politics from determining policy,” he said.

The disarray in Israel and its uncertain political future may have an impact, however, on how the country is viewed from the outside. Reports that Biden’s visit to the region, which includes a stop in Saudi Arabia, could bring the two Middle East countries closer to normalizing ties may be put on hold until there is more political stability in Israel.

Any hopes for restarting a peace process between Israel and the Palestinians will also need to wait until it is clear who will sit in the prime minister’s seat. And technical processes, such as Israel’s attempts to join America’s Visa Waiver Program, which will exempt Israelis from stringent visa requirements, will now slow down.

“Israel’s Iran policy will remain unchanged,” commented Lipner, adding, “The normalization process of the Abraham Accords is also a matter of consensus in Israel, and the fundamentals on the Palestinian track will not change either.”

Lipner noted that joining the Visa Waiver Program is likely to remain a goal for future Israeli governments, but “at the end of the day there is a technical question of who will shepherd it forward.”

“We won’t see a regression if Washington remains engaged and if whoever emerges [from these elections] are equally as interested in making it a success,” he said.

Yohanan Plesner, president of the Israel Democracy Institute, said that the political instability of the past three and a half years had made it difficult to persevere in the domestic arena, but when it comes to foreign policy, he said, “we have seen continuity.”

“The main security issues on the agenda are not largely contentious or controversial and that is why nothing much will change,” said Plesner, adding that matters such as developing and broadening the Abraham Accords and efforts to curtail Iranian aggression, which are led by the defense establishment, are “largely supported and nothing will change.”

“Fortunately, we had a government that functioned very well for most of the past year, and this meant that key nominations of professionals in the civil service were filled, the budget was passed and it bought time and oxygen before we dive into a new chapter in the political crisis,” Plesner concluded.