Once more unto the breach

A former Michigan legislator returns to politics to take on Tlaib

Phil Cavanagh, the son of a former Detroit mayor, argues that Tlaib is too radical to be an ‘effective representative’ 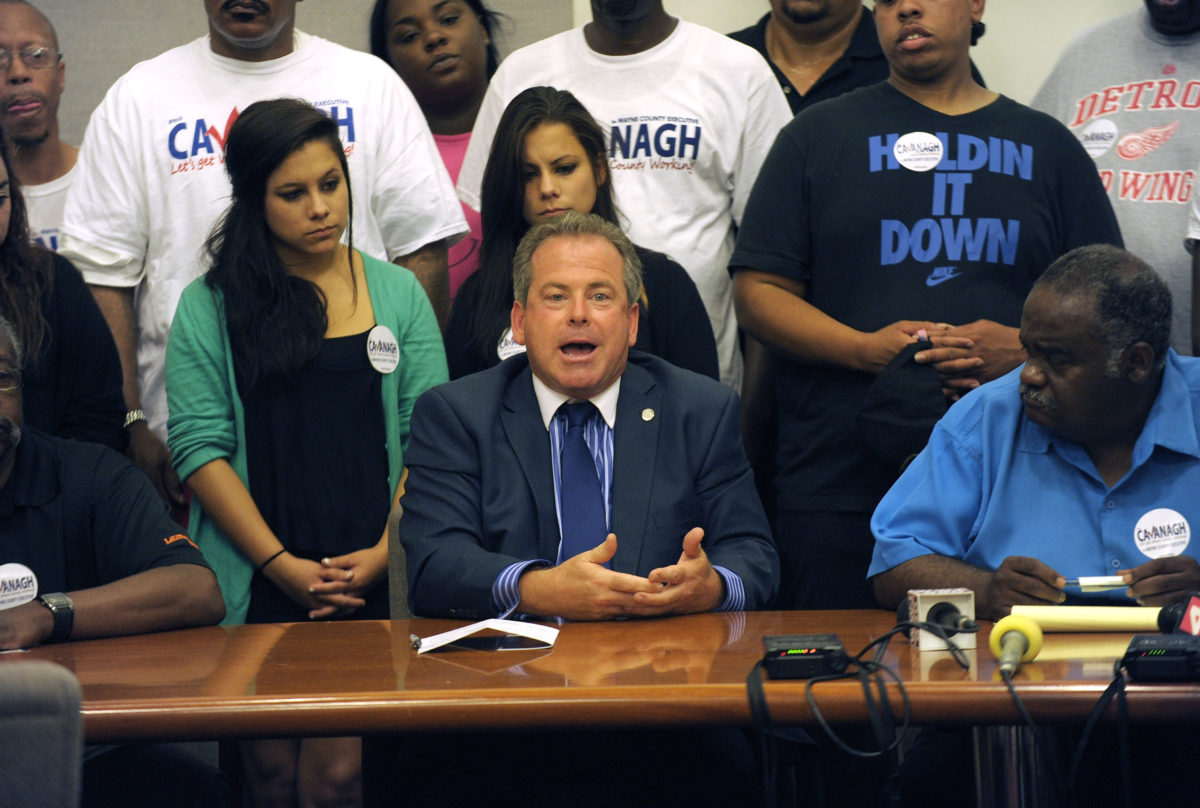 Former Michigan state Rep. Phil Cavanaugh thought he was done with politics after a failed bid for Wayne County executive close to a decade ago.

But the state’s newly drawn congressional map led the Detroit native to come out of political retirement to mount a primary challenge against Rep. Rashida Tlaib (D-MI).

“I believe that [these municipalities] need a choice besides a far-left representative that [has] not necessarily got much done,” Cavanagh, who is framing himself as a practical, moderate dealmaker, told Jewish Insider earlier this month. “I don’t believe we need that brand of politician that moves the whole agenda, including President [Joe] Biden’s agenda, so far to the left that it couldn’t be passed.”

Cavanagh, the son of former Detroit Mayor Jerome Cavanagh, announced in mid-January that he plans to challenge Tlaib in the Aug. 2 Democratic primary in Michigan’s newly redrawn 12th Congressional District.

The former state legislator, who served alongside the Michigan congresswoman in state government and voted for her in her 2020 congressional bid, argued that — in a cycle when Democrats are fighting to keep the House and Senate — his past record of forming bipartisan relationships and passing legislation in the Republican-controlled Michigan House underscores his efficacy as a legislator.

“I do not want to see us lose the House or the Senate, but it is a distinct reality in these midterms,” he said. “If the district is represented by someone that is alienated before they get into the room and what they say may be discounted by the [Republican] Party, I don’t think that you have an effective representative.”

He added that, in the Michigan House, he had prioritized working across parties so legislation “could be passed, not just be as radically left as possible to make a statement.”

Cavanagh believes the district, which includes parts of Detroit, Dearborn and other outlying areas, is looking for a more moderate choice than Tlaib and said he would “try to be like President Biden and bring people together in consensus.”

His candidacy puts him up against one of the House’s most frequent critics of Israel, who has attracted the ire of some in Detroit’s Jewish community.

Tlaib is the daughter of Palestinian immigrants, and her grandmother lives in the West Bank. The former Mighican legislator clarified that he was not questioning Tlaib’s loyalty to America. “She’s a duly elected representative of Congress,” he added. “I just question her priorities at times.”

Cavanagh’s own views on Israel are sharply at odds with Tlaib’s. He said the U.S. must “guarantee… the right of Israel to defend itself,” adding that U.S. military assistance has “brought stability” and Israel’s strength has served as a “deterrent to aggression in that area.”

Describing himself as a “friend of Israel and Palestine,” Cavanagh expressed support for a negotiated two-state solution, as well as for the Abraham Accords. He offered praise for Jared Kushner, the son-in-law and senior advisor of former President Donald Trump, who played a key role in negotiating the normalization agreements between Israel and Arab states.

“I’ve talked to people that positively don’t like Trump, but Kushner was in the region and he helped flourish some of this stuff,” Cavanagh said. “There is a benchmark, and there’s progress being made, and that should just flourish and be nurtured and motivated.”

On the other hand, the congressional hopeful sees Trump’s decision to withdraw from the Iran nuclear deal as “one of the biggest, most uncalled-for blunders.”

“There was no upside to it. Years and years of hard work to put that together. I don’t see the incentive for Iran to limit its nuclear capability” without the deal in place, he said. “But for the security of the region, especially the security of Israel, I hope the talks do come to fruition and I hope Iran stands down.”

Cavanagh did not offer specific ways he believed the U.S. could support negotiations between the Israelis and Palestinians but said he was “sure the president has his State Department continuing negotiations and fostering relationships” and “would promote and try to develop that — foster further relations.”

Addressing threats to Jews in the United States, Cavanagh described spiking incidents of  antisemitism domestically as part of a broader trend of “internal hate and division” that is “a far greater threat than anything worldwide.”

“We need to get a handle on that,” he said. “And I don’t think if our duly elected officials are moving things too far left or too far right, [that] is good for a solution.”

Cavanagh called out the Boycott, Divestment and Sanctions movement targeting Israel as one movement that “created hatred and antisemitism.”

Overall, he said his priority in Congress would be to “pass legislation that’s going to help the working poor, those that are struggling and those that don’t have a voice,” naming issues including inflation, jobs, rising oil prices, the U.S.’s reliance on foreign manufacturers for key products like semiconductors, the supply chain and voting rights as among his top concerns.

Cavanagh said he believed that the moribund Build Back Better legislation “would have had a positive effect on our country,” but “it was just too radical — two senators couldn’t swallow it.”

The former state lawmaker comes into the race at a significant financial disadvantage — Tlaib had $1.4 million on hand at the end of 2021, and he acknowledged that “a lot of people were scared away by the money in her bank account.”

But the former state lawmaker’s personal and family history in the area could give him a leg up.

A key question for Cavanagh and other Tlaib challengers including Detroit City Clerk Janice Winfrey will be whether moderate Democratic voters and members of the Detroit-area Jewish community decide to get involved in the race, Sarpolus said.

“I would think Phil Cavanagh would have more likelihood of getting funding because in fact there’s more trust of him and a reputation not only representing a portion of Detroit but [also] the outside communities, where Janice Winfrey is an unknown quantity,” he predicted.

Political consultant Adrian Hemond told JI that Cavanagh’s fundraising the first month of his candidacy will be critical to mounting a viable run, noting that Cavanagh had struggled with fundraising in previous races.

“There’s certainly some potential there, but he’s gonna have to have a big fundraising bump to make his campaign viable,” Hemond said. “In the past he was running for some open opportunities with crowded fields, which makes fundraising a little bit more difficult. Having an opponent who has some high negatives with some interest groups and with some segment of the electorate may make that easier for him.”

Both Sarpolus and Hemond noted that Cavanagh’s family name will likely prove to be a boon. In addition to his father’s eight years as mayor, several other family members also sit on various Michigan courts, and Cavanagh’s daughter is now a Michigan House member.

“The Cavanagh last name has some staying power [in the district]. Not just because of Phil’s dad,” Hemond said.

Cavanagh described politics to JI as “the family business,” which he said drove his initial foray into public office.

“I graduated law school, and I had three small daughters and I was a single father. And it’s like — do I go work for a big firm? Do I set up my own?” he said. “I ran for office for the job and it’s when I got in the job that I realized the impact that it could make and what an honor it was.”