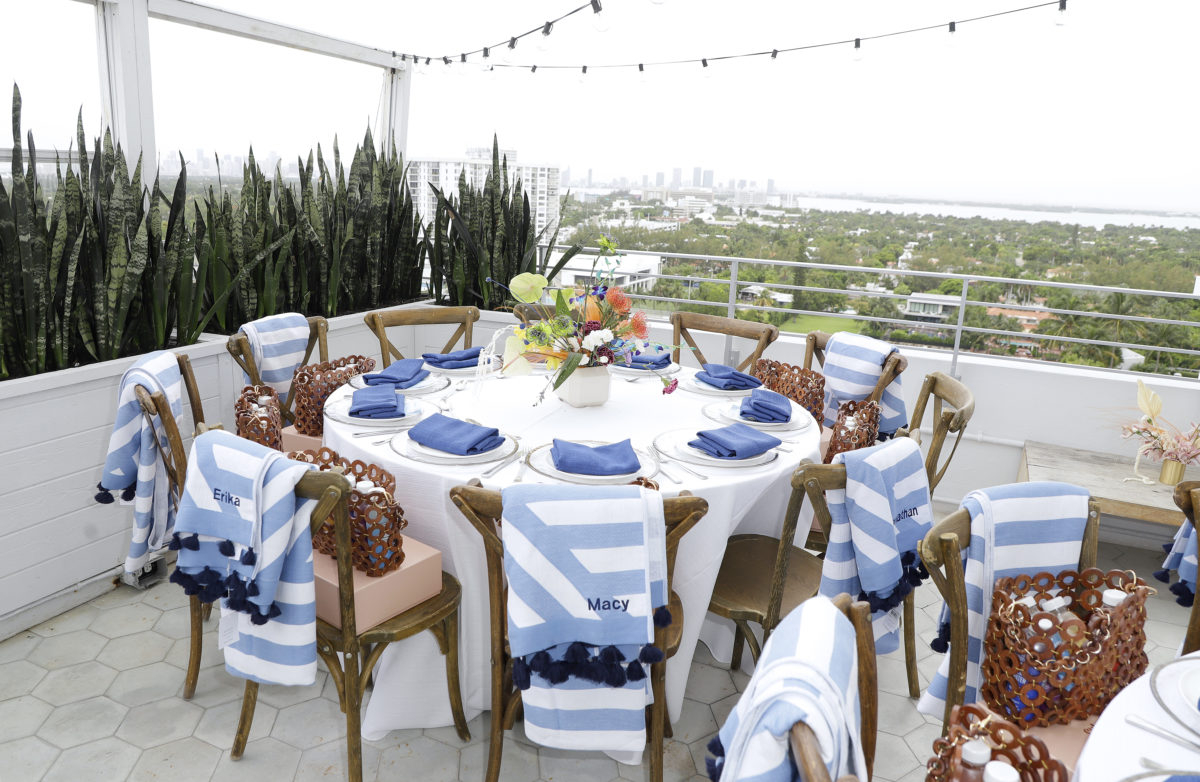 Soho House, the global chain of high-end clubs that debuted on the New York Stock Exchange last month, is finally unveiling its first Israel outpost following a months-long delay caused by the coronavirus pandemic, a spokesperson for the company confirmed to Jewish Insider.

The Tel Aviv club will welcome select “founder members” for a brief soft opening beginning this week before a full opening in September, the spokesperson said.

Located in a “turreted building” on 27 Yefet Street near Jaffa’s historic flea market, the Tel Aviv location will offer such amenities as a pool, outdoor bar and 24 bedrooms as well as a garden “dotted with 300-year-old olive trees from Galilee and set beneath a retractable pergola roof,” according to a lavishly worded press release provided to JI in advance of the opening.

Plans for the members-only club have been in the works for more than a year as the company has navigated the throes of the pandemic. In July of last year, a spokesperson told JI the club was on track to open in early 2021, plans that soon shifted to spring and then finally landed on summer.

Amid the lockdowns of 2020, Soho House, which caters to elite members of the creative class, lost a reported $235.3 million, despite receiving roughly $22 million in small-business loans provided by the government’s Paycheck Protection Program.

Even amid steep declines across the global hospitality industry, Nick Jones, the founder and CEO of Soho House, which has never made a profit, was sanguine about the clubs’ prospects in interviews last year as the pandemic intensified.

“I’d like to think we have quite a positive story out of all this,” Jones, who had previously vowed to undertake a bullish expansion strategy of five new clubs a year, said in a July 2020 interview with the Financial Times, characterizing the company’s “membership model” as “pretty robust through a serious crisis.”

While Soho House furloughed most of its workforce last year, the company retained 92% of its members, even amid widespread shutdowns.

Soho House, which is backed by the billionaire supermarket mogul Ron Burkle, now seems equally if not more committed to its aggressive growth plan. Its parent company, Membership Collective Group, raised $420 million in a mid-July initial public offering at a valuation of approximately $2.8 billion.

Following the June opening of a new Austin location, the company plans to break ground over the next few years in Nashville, Palm Springs, Philadelphia, Portland and other locations throughout the United States.

Outposts in Rome and Paris are scheduled to open this fall, and clubs in far-flung global destinations such as Stockholm, Tokyo, Tulum and Sydney are on the horizon.

The newest location in Tel Aviv is the company’s second foray into the Middle East after opening in Istanbul in 2015.

Annual rates for membership in the Tel Aviv outpost are $2,237 and discounted by 50% to $1,118 for applicants under 27, according to the press release.

It remains to be seen how the Tel Aviv club will fare as Israel battles the surging Delta variant of the coronavirus. Earlier this month, the Centers for Disease Control and Prevention advised that Americans “avoid travel to Israel,” citing a “very high level of COVID-19.”

Still, Howard Adler, a professor in the hospitality and tourism management department at Purdue University, said the company’s approach conforms with a broader trend within the industry. “The major hotel companies in the world are still expanding and being aggressive especially in the luxury end of the market,” he told JI.

“Israel is a strong market because it is a unique place which all faiths want to visit,” often “more than once,” Adler said. “I would be bullish for the future of this unique property.”
Rob Karp, founder and CEO of Miles Ahead, a luxury bespoke hospitality company in New York, argues that Soho House is launching in Tel Aviv at an opportune moment. The high-earning millennials and Gen Zers the company tends to attract, he said, are now eager to treat themselves as they emerge from the pandemic — particularly amid a boom in luxury hospitality offerings throughout Israel.

Soho House is joining a number of new hotels that have opened in Israel this year, including the De’ Mar Florentine, which launched in January, and Six Senses Shaharut, a resort in the Negev that opened in early August.

“There’s a good amount of excitement around the country,” Karp told JI, “and I think Soho House is well-positioned to capture the younger successful person.”