Would Eleven Madison Park go all the way? 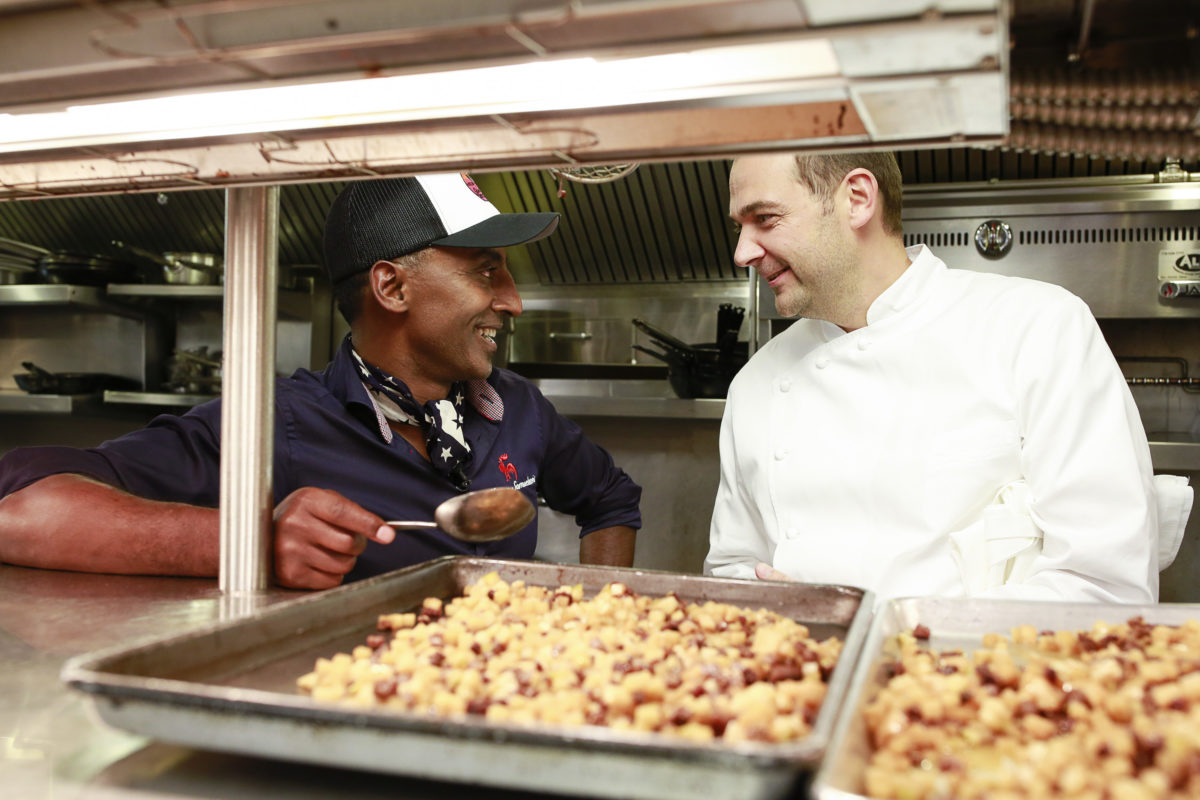 The revered Manhattan restaurant Eleven Madison Park took the fine-dining world by surprise on Monday when it announced that it would no longer serve meat or seafood upon reopening in June. The restaurant, which frequently ranks among the best in the world, is well-known for its decadent offerings such as lavender honey-glazed duck and butter-poached lobster — dishes that chef and owner Daniel Humm acknowledged would be difficult to replace.

But having navigated the uncertainty of the pandemic, Humm emphasized that it was “time to redefine luxury as an experience that serves a higher purpose,” as he put it in a statement. “A restaurant experience is about more than what’s on the plate,” Humm said. “We are thrilled to share the incredible possibilities of plant-based cuisine while deepening our connection to our homes: both our city and our planet.”

In the Jewish community, the restaurant was applauded for its newfound commitment to sustainable cooking. “As a vegetarian I was just pleased to see the trend,” Rabbi David Wolpe of Sinai Temple, a Conservative synagogue in Los Angeles, told Jewish Insider. “May their kind increase!”

Though not everyone was excited that Eleven Madison Park would continue charging exorbitant prices for vegan food. “It’s sad to me that one of America’s true temples of gastronomy would succumb to the new era of wokeness and capitulate by removing meat and seafood from their menu,” lamented Matt Brooks, executive director of the Republican Jewish Coalition.

Still another group, however, saw room for Eleven Madison Park to go a step further and make its kitchen kosher. The restaurant will continue serving milk and honey with tea and coffee, Humm has noted, but will otherwise be entirely vegan — obviating the possibility that meat and dairy will intermingle, which is forbidden by Jewish dietary law, and making it simpler to achieve kosher status.

“If 11 Madison Park wanted to go fully hechshered, that’d be AMAZING,” Seffi Kogen, global director of young leadership for the American Jewish Committee, wrote in an enthusiastic email, using a colloquialism for kosher. “But even if they’re not going all the way, they could become an option for Orthodox Jews like me by blow torching and boiling their ovens, appliances and utensils to kasher their kitchen back to a ‘neutral’ kosher status before switching to their plant-based menu.”

The restaurant did not respond to a request for comment about any plans for kosher certification — a process that includes “lots of requirements,” according to Rabbi Menachem Genack, CEO of the Orthodox Union’s kosher division. 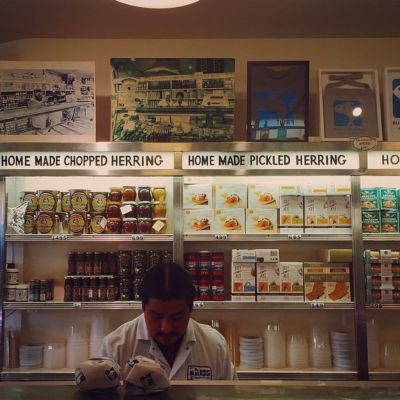 Some vegan food establishments in New York have opted for kosher certification through the International Kosher Council overseen by Rabbi Zev Schwartz, including Blossom Du Jour and By Chloe. But if Eleven Madison Park were to go kosher it would represent a significant step for New York’s fine-dining scene.

“My immediate thought is that there is a robust tradition of kosher dairy restaurants and this place could become a new version of that because of the decision they’ve made,” said Roger Horowitz, the author of Kosher USA: How Coke Became Kosher and Other Tales of Modern Food.

Kosher dairy restaurants, so named because they do not serve meat, were once an integral component of Jewish culinary life in New York, though they have since faded as the Jewish population has assimilated and new generations have sought other opportunities. B&H Dairy in the East Village, one of few remaining kosher dairy restaurants in the city, has struggled to survive the pandemic but is still hanging on.

While Eleven Madison Park is in a separate class of restaurants, thanks in part to its three Michelin stars and prohibitive price tag, kosher certification would likely attract a valuable and previously untapped clientele as it emerges from a pandemic that has devastated the restaurant industry.

“There’s a huge market in New York City for people who will only eat at a kosher restaurant,” Horowitz said. “They will increase their possible consumer base if they become kosher, no doubt about it.”

Stu Loeser, a modern Orthodox political consultant in New York, seemed to confirm that view when asked if he was holding out hope that Eleven Madison Park would opt to go kosher, though he appeared doubtful that it would happen.

“Since all the reservations for a month already sell out in a matter of hours, it’s not clear that Eleven Madison Park could even handle the same bump in business that Curry Hill vegetarian joints a block over get from being kosher,” he told JI. “But on the other hand, can you imagine how great the Shabbos specials takeout would be?”