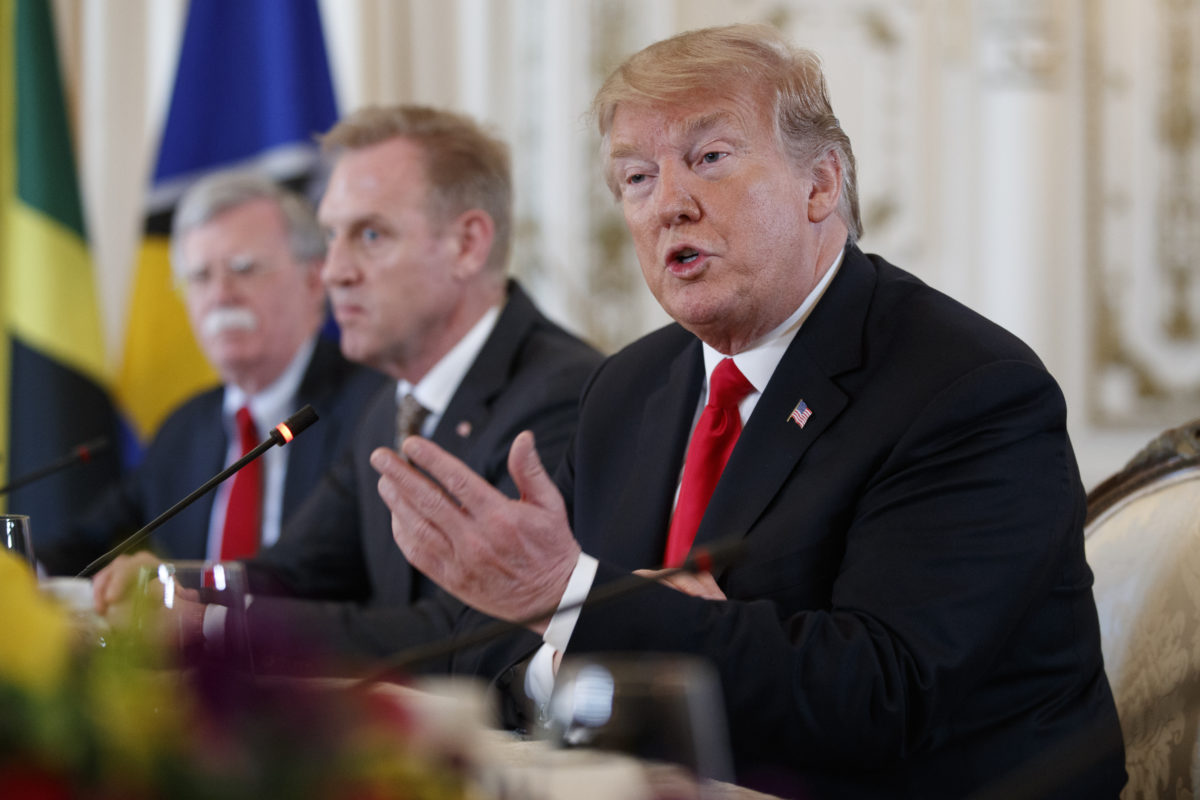 In his blockbuster new book, Rage, journalist Bob Woodward concludes that President Donald Trump “is the wrong man for the job.” The book — a series of vignettes that paint a damning portrait of the president and some of those in his inner circle — is published by Simon & Schuster and will be released on September 15. Jewish Insider obtained an advance copy. Here is a look at some of the highlights.

On the Israeli-Palestinian conflict

In one section, Woodward documents the strained relationship between former Secretary of State Rex Tillerson and Jared Kushner, Trump’s son-in-law and senior advisor, who was tasked by the president with resolving the Israeli-Palestinian conflict. The arrangement, Woodward writes, “interfered” with a pact Tillerson had made with former Secretary of Defense Jim Mattis to “guide” Trump’s foreign policy approach.

According to the book, Kushner gave Tillerson “four or five versions” of a Middle East peace plan, all of which the secretary of state regarded with “skepticism.” Woodward notes that in “one version Kushner proposed Israel take the Jordan Valley,” but Tillerson told Kushner that would “never fly.”

“So it came out, only to go back in the plan later,” Woodward writes. While Kushner believed that “economic benefits” were key to the plan, Tillerson thought that was naive. “These people are not going to care about your money,” Woodward quotes Tillerson as saying. “Or they’ll take your money and five years from now, you’ll be right back where you are today. That’s not going to buy you peace.”

The president’s son-in-law, for his part, concluded that Tillerson was ill-equipped to do his job and that he “resented” Kushner’s long-standing rapport with Israeli Prime Minister Benjamin Netanyahu. But Tillerson believed that Kushner’s relationship with Netanyahu was “nauseating to watch” and “stomach churning.”

Woodward also recounts an incident on May 22, 2017, when Trump met with Netanyahu in Israel and was presented with a disturbing video of Palestinian Authority President Mahmoud Abbas. “It sounded like Abbas was ordering the murder of children,” Woodward writes.

At the time, Trump was beginning to have “doubts about Netanyahu and wondering aloud if the Israeli prime minister might be the real problem,” Woodward writes. “Trump had even earlier said to Netanyahu on a Washington visit that he believed he was the obstacle to peace, not Abbas.”

Trump, who was scheduled to meet with Abbas the next morning, was appalled by what Netanyahu was showing him. But Tillerson, who watched the “spliced-together” video, believed Netanyahu had doctored the tape and shown it to Trump in order to “counter any pro-Palestinian sentiments that were surfacing,” according to Woodward, though Kushner disputes this.

When Trump met with Abbas behind closed doors, according to the book, he accused the Palestinian leader of deceiving him and called him a “murderer” and a “liar.” Though the two played nice for the press, Woodward notes that after Trump saw the video, he took decisive action, ordering “the closure of the Palestinian Liberation Organization office in Washington, D.C. in September 2018” while canceling “nearly all U.S. aid to the West Bank and Gaza, as well as $360 million in annual aid previously given to the U.N. agency for Palestinian refugees.”

Behind the scenes of Soleimani’s assassination

Elsewhere, the book details some of the behind-the-scenes moments in the lead-up to Trump’s decision to order the assassination of Iranian General Qassim Soleimani in early January. Trump announced his intention of “hitting Soleimani” to Sen. Lindsey Graham (R-SC), one of the president’s closest confidants, on December 30, 2019, at Trump International Golf Club in West Palm Beach. “Oh, boy, that’s a giant step!” Graham replied with consternation, according to Woodward’s account.

After some discussion of the stakes involved, Graham told Trump that the hit would be ill-advised and tried to convince him to take an alternative route. “Mr. President, this is over the top,” the senator said. “How about hitting someone a level below Soleimani, which would be much easier for everyone to absorb?”

Woodward reports that Mick Mulvaney, at the time Trump’s acting chief of staff, later exhorted Graham to convince Trump that he shouldn’t go ahead with the plan to kill the general, who was the high-ranking head of the Quds Force in Iran’s Islamic Revolutionary Guard Corps. “Four days later,” Woodward writes, “Trump ordered the drone strike which killed Soleimani.”

In a mid-February phone call — one of 17 interviews for the book, all but one of which were recorded — the president boasted about the killing, telling Woodward it “was a very big event.” Trump added, “The head of Pakistan, the prime minister of Pakistan, [Imran] Khan, said the biggest event of his lifetime. I had no idea. Other people have said the same thing: it was an earth-shattering event.” (Woodward writes that he “was not able to confirm” the conversation between Khan and Trump.)

“I get along very well with Erdoğan, even though you’re not supposed to because everyone says ‘What a horrible guy,’” Trump told Woodward in one exchange, name-dropping Turkish President Recep Tayyip Erdoğan. “But for me it works out good. It’s funny, the relationships I have, the tougher and meaner they are, the better I get along with them. You know? Explain that to me someday, okay?”

“But maybe it’s not a bad thing,” Trump reasoned. “The easy ones are the ones I maybe don’t like as much or don’t get along with as much.”

On the killing of Jamal Khashoggi

In one shocking exchange, Trump tells Woodward that he insulated Mohammad Bin Salman, the crown prince of Saudi Arabia, from scrutiny over the killing of Washington Post columnist Jamal Khashoggi, even while the CIA concluded in 2018 that the Saudi Arabian leader had orchestrated the assassination. “I saved his ass,” the president told Woodward. “I was able to get Congress to leave him alone. I was able to get them to stop.”

Woodward asked Trump if he believed MBS was responsible for the killing.

Woodward also concludes that the reason for Kushner’s outsized role in the West Wing is something of a mystery. “The shadowy presence of Trump’s son-in-law, Jared Kushner, is another imponderable,” Woodward writes. “Highly competent but often shockingly misguided in his assessments, Kushner’s role is jarring.”

It is safe to assume, however, that Kushner would disagree with that assessment. About two-thirds of the way through Rage, Woodward writes that Kushner believes Trump has “assembled a better and more dedicated White House team than they’d had before.” Kushner also believes, as Woodward puts it, that Trump has “developed a new appreciation for some of the people who had been with him since the beginning of his administration.”

“As the economic tasks of 2020 grew and Treasury Secretary Steve Mnuchin played a larger and larger role,” Woodward writes, “Kushner told the president, ‘This is when you’ll really appreciate having the neurotic New York Jews around.’”