Lindsey Graham to travel to Israel in July to review U.S. security commitments 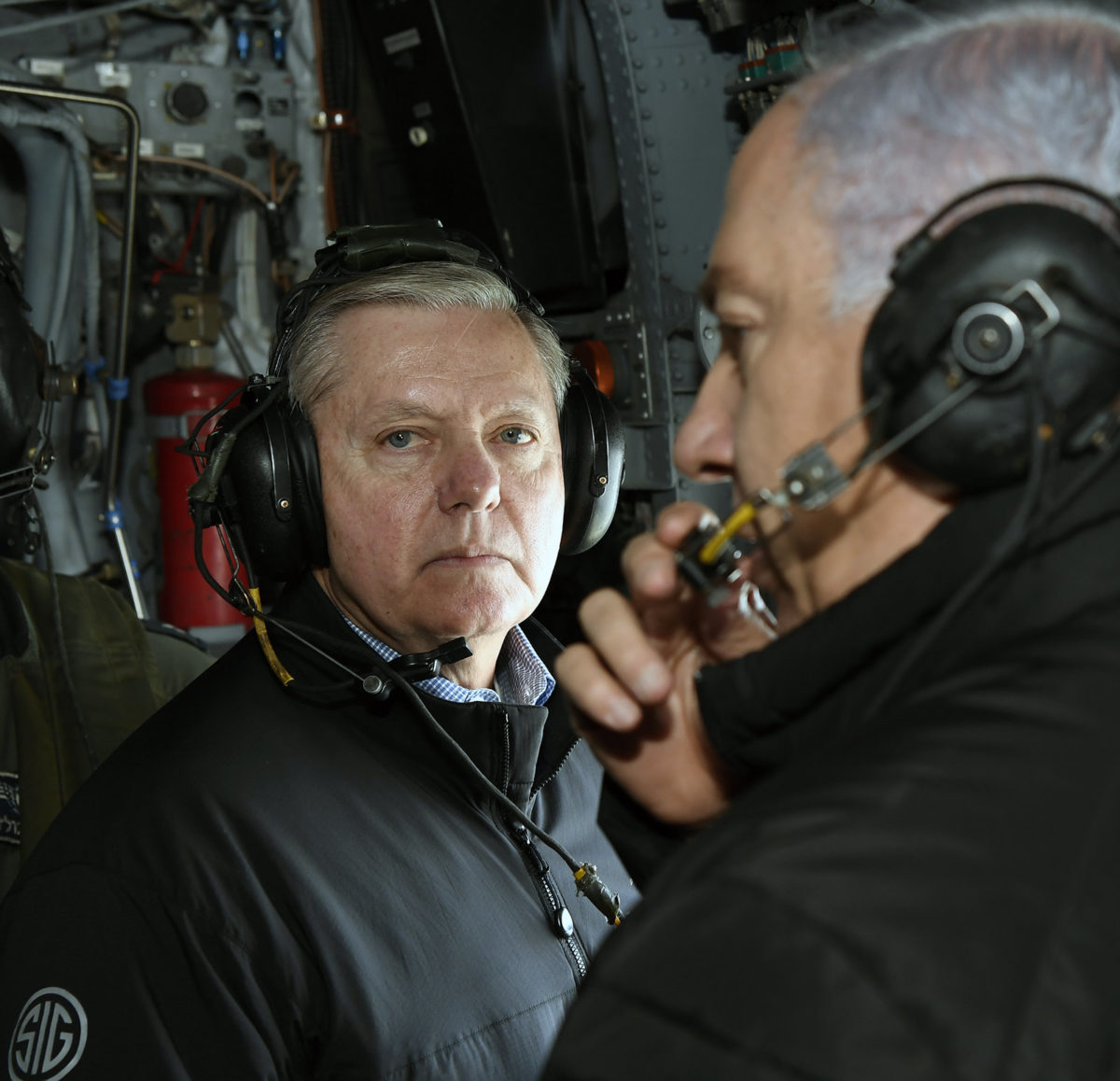 Senator Lindsey Graham (R-SC) will travel to Israel in July, one of many frequent trips he takes to the region to review U.S. military contributions to the Jewish State, he tells Jewish Insider.

“I want to see the lay of the land, how’s their inventory of missiles holding up, and I think we need more missile funding not less,” he said. “I’ve been talking openly about a treaty commitment regarding Israel’s security like we have with other countries.”

Graham, speaking at the Republican Jewish Coalition conference in April, called for the U.S. to enter into a mutual defense agreement with Israel.

“So, just basically, I go over there every so often just to find out what their defense needs are. We’re trying to do some things on artificial intelligence and just kind of dropping in on a good friend.”

Asked if the trip is related to his work on a bipartisan resolution expressing U.S. support for a two-state solution, with Sen. Chris Van Hollen (D-MD), Graham expressed confidence in the long-held policy position but a far-off, “aspirational goal.”

“I think we’re all good there. I mean there’s no other way to do it. I mean, you’re not gonna have one state. If the Palestinians vote it’s no longer a Jewish state, if they don’t vote this, that won’t work,” he said.

“So the bottom line is, I’m hoping that what Jared [Kushner] does with the Arab countries wanting to help Palestinians will change things. But I don’t see, I don’t know how you have a peace deal when you have a divided Palestinian community. I don’t know how you do a deal with the PA which they can’t enforce because they can’t even control a checkpoint.”

“So a two-state solution is an aspirational goal, the reality on the ground is we’re a long way from there.”

Asked if annexing any parts of the West Bank would hurt or help a two-state solution, Graham said that while he believes there’s an understanding that certain Israeli communities in the West Bank would remain part of Israel under a deal, that he would be “careful about annexing right now, as we’re trying to navigate, you know, this relationship.”

“Bottom line is there is just no other long term — A democratic Jewish state only exists, with defined borders, make sure that the Jewish-democratic component works. And a self-determined Palestine, living beside a secure Israel is the goal. We’re a very long way from there,” Graham explained.