The Qatari official called for action similar to that taken in global fora like the U.N. against Russia’s invasion of Ukraine 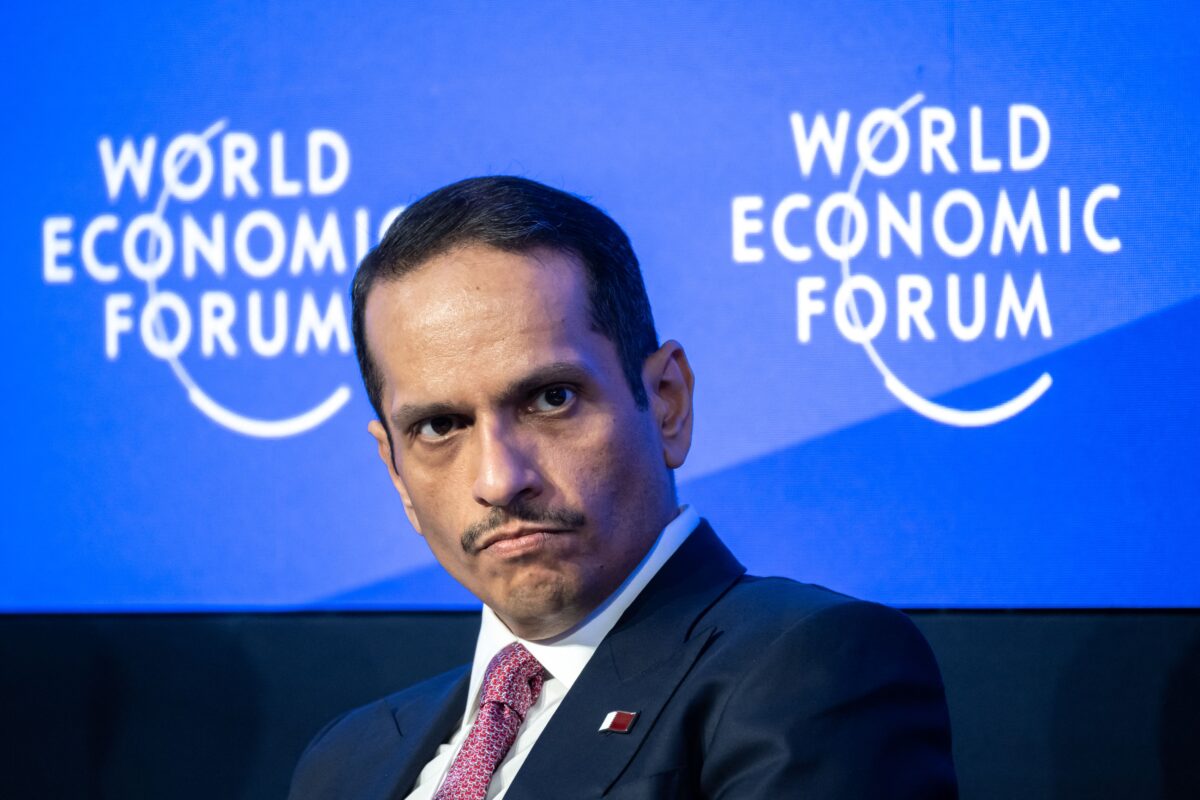 Qatar’s Deputy Prime Minister and Foreign Minister Sheikh Mohammed bin Abdulrahman al Thani urged global action regarding the Israeli-Palestinian conflict at the United Nations and in other international forums similar to the global response to Russia’s invasion of Ukraine.

Al Thani, speaking at a World Economic Forum panel in Davos, Switzerland on Tuesday, said that he and others in the Middle East have been “struck” that the global community has been “mobilizing only for specific causes,” like that of Ukraine.

“We’ve been in the Middle East suffering for decades from all violations of the U.N. charter, including from the Palestinian-Israeli issue, the Syrian issue,” Sheikh Mohammed said. “We would like to see the same world stand for these kinds of causes.”

He specifically emphasized a “very big concern now among the region” for the Palestinians’ situation given “all these provocative policies” from the Israeli government.

“We would like to see a real stand from our allies and partners also to stop the Israeli government from taking such actions,” al Thani said.

“We have reached out, we are trying to find a path to dialogue with our neighbors, Iran, because we believe very strongly that dialogue is the best pathway to resolving differences,” Prince Faisal said. “We feel quite strongly that what we are doing in the kingdom, and what others in the region, especially the GCC [Gulf Cooperation Council] countries are doing, in addressing the challenges of their economy, in investing in their countries, in focusing on development rather than geopolitics, is a strong signal to Iran and others in the region that there is a pathway beyond the traditional arguments and the traditional disputes towards joint prosperity.”

Sen. Chris Coons (D-DE) also appeared on the panel, but was only asked about Ukraine and Europe-related issues.

Prince Faisal downplayed the spat last year between the U.S. and Saudi Arabia over oil prices, while defending his country’s controversial decision to boost oil prices.

“We have a strong partnership with the U.S. and we continue to work through that partnership. That doesn’t mean we always agree, we sometimes disagree,” he said. “But we’re going to have a robust dialogue with our partners in the U.S., we’re going to continue to work through any issues. But overall, this relationship has delivered significant benefits not just for our two countries, but for our region.”

The foreign minister argued that Saudi Arabia was correct to raise prices in the interest of keeping the global oil price stable, and that the kingdom has “a responsibility to the broader oil market,” adding that the U.S, the GCC, Saudi Arabia and Europe “have to work with each other” to address global challenges.

“If we start getting hung up on the minor issues, we are not going to be able to address the big challenges,” Prince Faisal said.

Al Thani also claimed that policymakers have been overly ambitious in pushing for renewable energy, causing “energy poverty,” and called it “unfair” to push developing countries from pursuing domestic energy sources and warned about the “damage” to the Earth caused by the “transition agenda.” He promoted Qatari natural gas as “very important… for the next decades to come.”