For Holocaust educators in Poland, the war in Ukraine is more than just a teachable moment

‘When this kicked off, we couldn’t just sit down and do nothing,’ said JRoots founder Tzvi Sperber 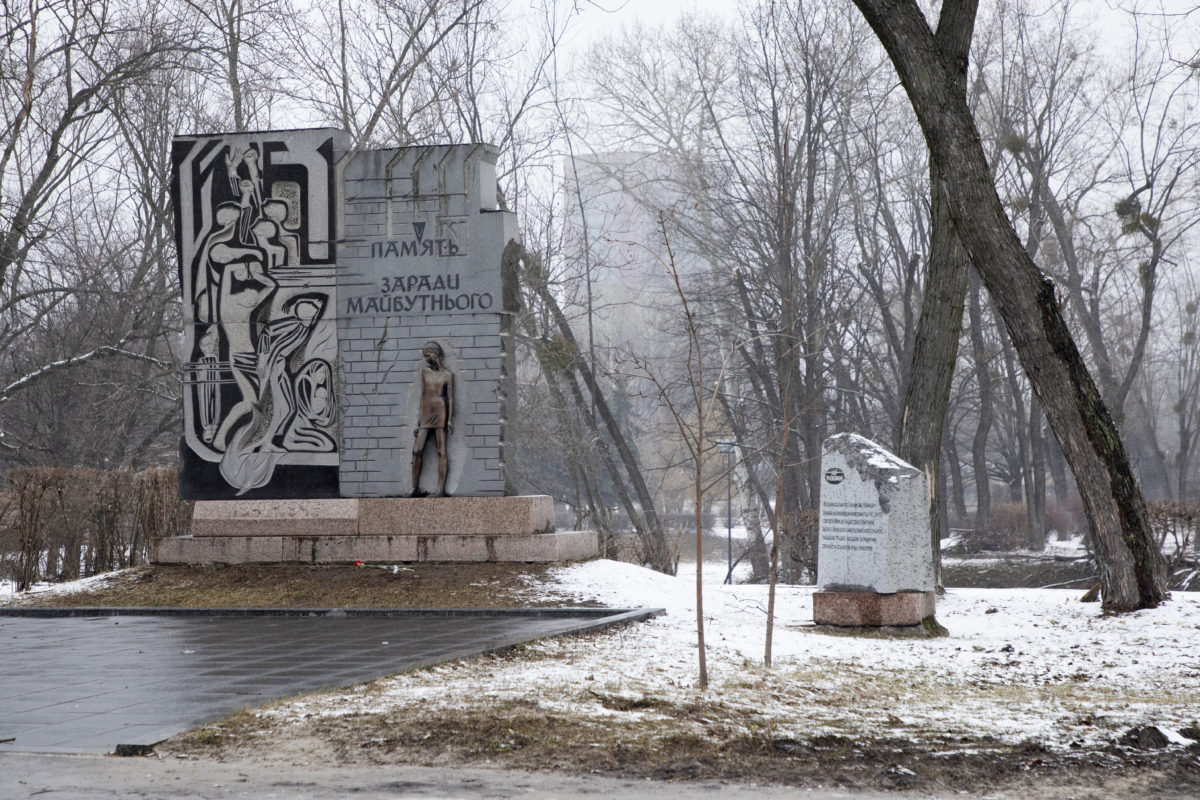 A view of the Babyn Yar Holocaust Memorial in Babyn Yar Park on March 2,2022, in Kyiv, Ukraine.

On the day the Russian army invaded Ukraine last month, Anna Niedźwiedź, a citizen of neighboring Poland, noticed a post on Facebook requesting shelter for a family from Kyiv that was fleeing the violence. She responded immediately.

“I sent a message saying that I have space in my house, and they are very welcome,” the Krakow resident told Jewish Insider in a phone interview. “I then called my husband to tell him.”

It was that phone call – as well as Anna’s act of pure kindness – that set into motion a series of events drawing a direct line between the chaos and inhumanity of the past few weeks in Eastern Europe and the forces of past horrors in the same area.

Anna’s husband, Wojtek, has worked for years as a security guard for JRoots, an organization that runs Holocaust educational trips to Poland, as well as other places of significant Jewish heritage. Her call to him on that day sparked the interest and compassion of the nonprofit, propelling its leaders to re-channel its regular activities into helping the more than one million Ukrainian refugees who have poured across the border into Poland. The group of educators is now putting into practice lessons that they have been imparting for years to thousands of visitors from all over the world.

“When this kicked off, we couldn’t just sit down and do nothing,” Tzvi Sperber, founder and director of JRoots, told JI. “We had been teaching about the Righteous Among the Nations and other lessons of the Holocaust, so we had to do something.”

Sperber, who is originally from the U.K. but now lives in Israel, founded JRoots 15 years ago with Rabbi Naftali Shiff. The two arrange Jewish heritage tours, exploring individual and collective Jewish roots in Poland, Ukraine, the Czech Republic, Spain, Hungary and Morocco. Each year, JRoots runs programs for around 150 groups, with thousands of participants from the U.S., U.K., Canada, South Africa, Israel and elsewhere.

With a broad infrastructure and manpower already in place in Poland, including contacts in the hotel industry, bus drivers and tour guides, Sperber said it was fairly easy for the organization to pivot its efforts into helping those in need and, almost immediately, the organization’s vast network of alumni responded with support, both financial and otherwise.

“Just this morning, I had a call from someone telling me that they needed 150 hotel rooms because a group of refugees is arriving from Moldova,” Sperber, who has been in Poland for the past few weeks while overseeing the effort, explained.

Since the war began on February 24, the group has helped to provide food, clothing, medicine and other essential items to one of the largest distributions centers in Krakow, assisted in turning the Galicia Jewish Museum in Krakow — which commemorates Holocaust victims and celebrates Polish Jewish culture — into a daycare center for refugee children and helped to convert the lower floor of the Chachmei Yeshiva in Lublin into a refugee center.

“Most of the refugees are women and children,” Sperber described, adding that the help they are giving is not limited to Jewish refugees. “The whole situation is just so heartbreaking and catastrophic on a humanitarian level.”

In Anna and Wojtek Niedźwiedź’s home, on the outskirts of Krakow, two families, including a 2-year-old and a small dog, have now settled in for the foreseeable future.

“I always heard about how my grandparents helped Jews during the Second World War and I wanted to help too,” said Anna, explaining why she did not hesitate to open her door to strangers and why she is making every effort to ensure her new guests feel welcome and comfortable.

She described to JI how the family arrived angry and dirty, with only the clothes on their back and how, with no shared language, they were forced to communicate with hand gestures, their eyes and smartphone translation apps.

Three weeks later, Anna said, everyone is more comfortable and the children have even begun to smile. “I know they are very grateful that I gave them a good place to stay,” said Anna, crediting JRoots for helping to provide her guests with many items they were unable to bring with them from home.

For Zak Jeffay, who works as an educator at JRoots, the switch from Holocaust education to helping those in need unfolded soon after Anna’s call to her husband. Jeffay told JI that he had been in the middle of guiding a trip for high schoolers from Manchester, England, when the war broke out, and overheard the group’s security guard talking to his wife.

It was a moment, he said, where Jewish and Holocaust education needed to be applied in a practical way.

“We always talk about the sparks of light in the darkness, acts of kindness despite the darkness all around, that can improve the lives of other people,” said Jeffay, describing how the students, 17- and 18-year-olds, just opened their wallets and said they wanted to help.

“They all understood, in that moment, that they had to do something to help,” he concluded.