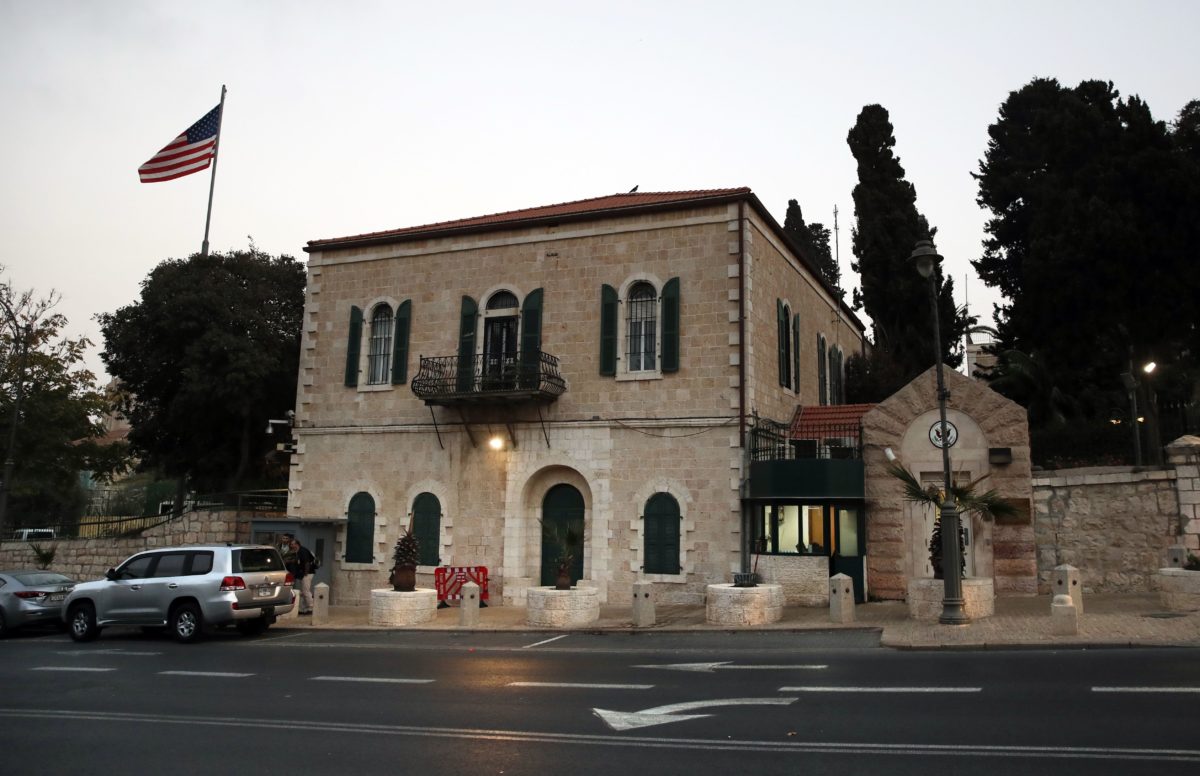 A picture taken on October 18, 2018 shows the US consulate in Jerusalem.

All but 12 House Republicans, including all members of the party’s leadership, signed onto a letter to President Joe Biden opposing the administration’s plan to reopen the U.S. consulate in Jerusalem that served Palestinians.

The letter, which was signed by 200 Republicans and led by Rep. Lee Zeldin (R-NY), argues that reopening the consulate, which was shuttered by the Trump administration in 2019, “would be inconsistent” with the Jerusalem Embassy Act of 1995. That bill directed the president to move the U.S. embassy in Israel to Jerusalem and recognized Jerusalem as an “undivided city” and the capital of Israel.

“Your administration would create a misguided situation in which the U.S. would essentially have two separate diplomatic missions in Israel’s capital,” the letter, which was expected to be sent Monday morning, reads. “The U.S. consulate general in Jerusalem that was established in 1844 was not intended to serve as an outreach to the Palestinians in Israel’s capital.”

“Reopening the U.S. consulate general in Jerusalem would also reward and turn a bilnd eye to the Palestinian Authority engaging in the real obstacles to peace,” it adds. The letter also notes the Israeli government’s opposition to the move.

The arguments in the letter echo those made by Sen. Bill Hagerty (R-TN) and more than 30 Senate Republicans in a bill introduced last week seeking to bar the U.S. from reopening the consulate.

“The Biden Administration must immediately stop pushing this misguided effort,” the House GOP statement continues. “Moreover, the Administration’s insistence is wrongly creating a rift between the United States and Israel, one of our closest and most important allies, and moves the region further away from peace.”

“The significance of this letter signed by virtually the entire House Republican conference cannot be overstated,” said David Milstein, a former special assistant to former U.S. Ambassador to Israel David Friedman. “Opening a consulate in Jerusalem after the United States recognized Jerusalem as Israel’s capital and moved the United States Embassy to Jerusalem is not a return to the prior situation but an effort to walk back the recognition, facilitate the division of Jerusalem, and attempt to erode Israel’s sovereignty over its eternal capital. This powerful letter sends a clear message to the Biden Administration to uphold U.S. law and cease its pressure campaign on Israel.”

Observers are divided over whether reopening the consulate would constitute a violation of the 1995 legislation which contains no specific prohibition preventing the U.S. from maintaining another diplomatic facility in Jerusalem in addition to the embassy.

Eugene Kontorovich, director of the Center for the Middle East and International Law at the Antonin Scalia Law School at George Mason University, told JI last week that reopening the consulate would violate the “spirit” of the 1995 law.

Aaron David Miller, a senior fellow at the Carnegie Endowment for International Peace, told JI it was “a stretch” to argue that reopening the consulate violates the Embassy Act, and called Republicans’ focus on the issue “clearly an effort to embarrass the [Biden] administration.”