The Hollywood Republican who boosted Biden 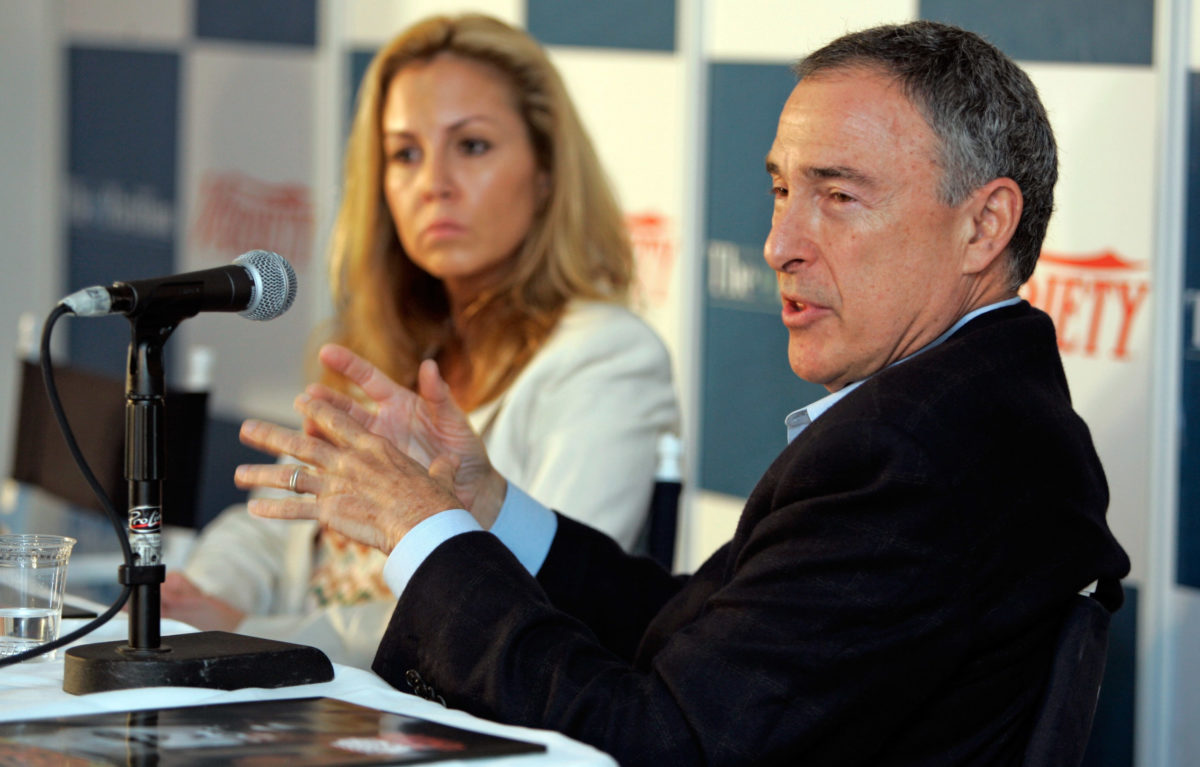 Chairwoman of MGM's Worldwide Motion Picture Group, Mary Parent and Chairman and CEO of MGM, Harry Sloan take part in a panel discussion at the American Pavilion during the 61st International film festival in Cannes, southern France, on Saturday, May 17, 2008.

The son of working-class Jewish parents — his mother helped found Temple Menorah in Los Angeles’s South Bay region — Sloan gave cash to Citizens for the Republic, the PAC started by Ronald Reagan in 1977, to help revitalize the nation’s conservative movement, and in the years that followed the studio chief became one of Hollywood’s GOP stalwarts, contributing hundreds of thousands of dollars to Republican candidates and PACs.

When the entertainment industry was enamored with Barack Obama in 2008, Sloan raised money for his long-time friend Sen. John McCain (R-AZ). In 2012, he worked as Sen. Mitt Romney’s California finance chairman in his effort to unseat Obama. In the early months of the 2016 campaign, Sloan backed former Ohio Gov. John Kasich’s presidential primary bid. But during the general election, Sloan pivoted, contributing tens of thousands of dollars to Hillary Clinton’s joint fundraising committee and campaign instead of to GOP nominee Donald Trump.

“I believed even then that we couldn’t take a chance on Trump,” Sloan told Jewish Insider in a phone interview this week. “And of course the nightmare turned out to be even worse than I envisioned then.”

After Clinton’s loss in 2016, Sloan went to work strategizing the best way to defeat Trump in his 2020 reelection bid. While others in Hollywood were auditioning multiple Democratic candidates, Sloan honed in early on Joe Biden as a centrist who could appeal to moderate Republicans.

“It was at a moment when Joe wasn’t doing so well,” Sloan said. “It looked like Bernie was going to be the nominee. Plus Mayor Pete [Buttigieg] was winning primaries. I just called all my friends and said: ‘It looks like if we don’t get behind Biden it’s going to be Sanders. And if it’s Sanders he’s probably going to lose to Trump.’ And so the way to stop Trump was to get behind Biden. That was my theory and my strategy for raising money for Joe last year.”

“It’s one thing to disagree, but to belittle McCain’s heroics is like a whole different level,” said Sloan, who serves as a trustee on the board of the McCain Institute for International Leadership. “We were all horrified and appalled. John McCain handled it much better than we did.”

Last December, as Biden struggled to gain traction, Sloan held a fundraiser for the former vice president at his Bel Air home. The crowd included a mix of Republicans and Democrats, among them former Paramount CEO Sherry Lansing and Netflix co-CEO Ted Sarandos. Sloan raised more than $1 million for Biden’s campaign — along with praise from Hollywood Democrats.

“I believe he felt that President Trump did not reflect the values of the Republican Party,” Lansing told JI. “Above all, I think he felt that Trump was hurting the country. So, Harry chose love of country over party lines. There are many reasons why he felt that way, but one incident stands out in my mind: When Trump disparaged McCain and denigrated him as a war hero, I think that was the final straw.”

Unlike many top presidential fundraisers, Sloan says he’s not interested in a political ambassadorship.

Sloan, who said he is proud of Biden’s “elegant approach” to uniting the country, is now raising money for the president-elect’s inauguration committee.

“It wasn’t until I was almost 70 years old that I raised money for Democrats,” Sloan said. “And I’m not ashamed or afraid to admit it at all.”