‘A President Trump who was more likable could have won, and would have won,’ said Lipinski, who lost his seat to a progressive challenger 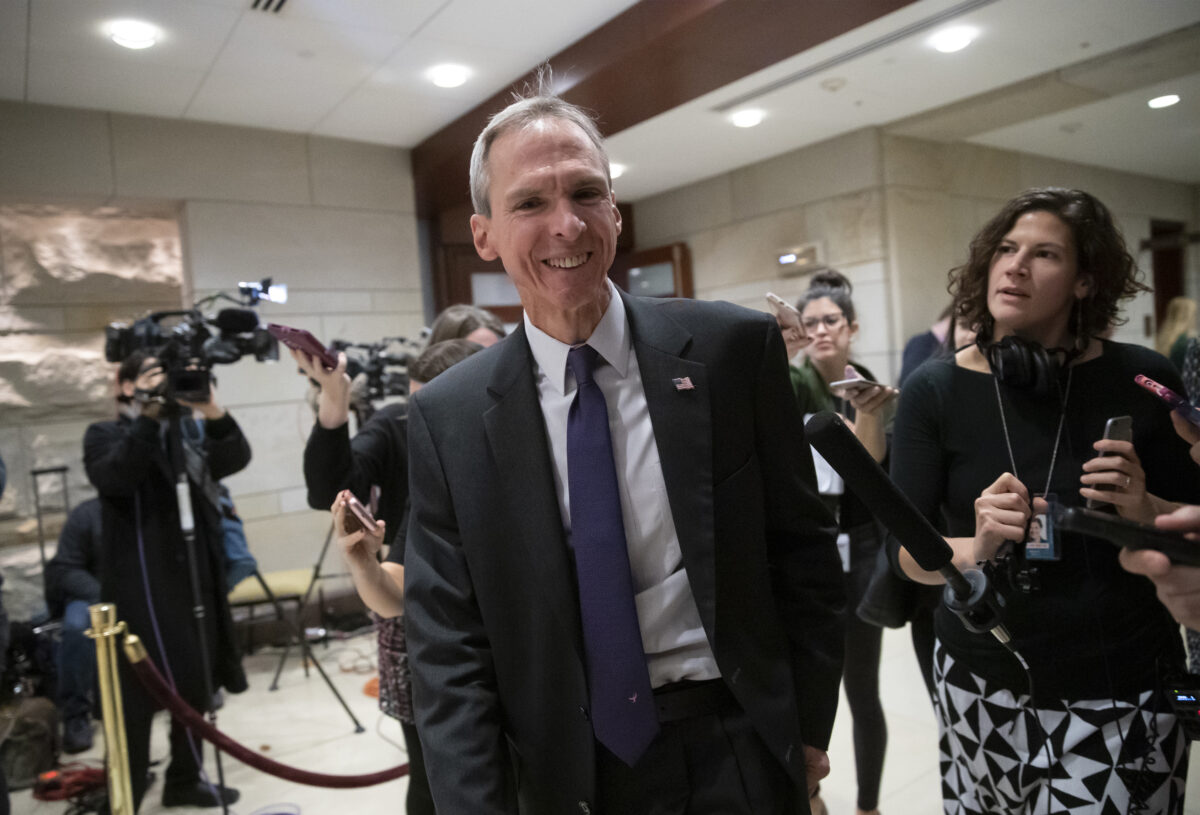 Rep. Dan Lipinski, D-Ill., is met by reporters as he leaves the Democratic Caucus leadership elections at the Capitol in Washington, Wednesday, Nov. 28, 2018.

Rep. Dan Lipinski (D-IL) has long been a voice for moderation and greater ideological diversity within the Democratic Party. The conservative Democrat, who was first elected in 2004, is one of a shrinking number of elected Democrats who oppose abortion rights and same-sex marriage and voted against the Affordable Care Act.

Now, as he prepares to leave Congress after losing his primary to progressive Rep.-elect Marie Newman (D-IL), Lipinski is sounding the alarm about what this year’s results could mean for the next presidential election cycle.

“I saw a poll after the election,” Lipinski said in an interview with Jewish Insider. “It surprised me that the public preferred Republican policies over the policies of Democrats. There were a good number of people who were turned off by President Trump personally, and that’s why he lost. But we didn’t see the ‘blue wave.’”

This, Lipinski emphasized, is a bad omen for Democrats in future election cycles, and a wakeup call that demographic trends in the country may not be favorable for the Democratic Party.

“After this election, people are taking a look at it again and saying maybe that’s not the case,” he said. “Democrats need to be concerned about a Republican who comes along who embraces some of the policy positions that President Trump did but who is a much more likeable individual. That should be a concern looking at the presidential election four years from now.”

Lipinski argued that leftward movement in the Democratic Party, coupled with civil unrest during racial equality protests over the summer and calls to defund police departments, ultimately doomed Democratic hopes to expand their House majority and, potentially, to take the Senate this cycle.

“I’m not saying that there is a major repudiation of the Democratic Party or embrace of the Republican Party,” Lipinski said, noting that Democrats still received a majority of all congressional votes nationwide. “But I think it did hurt amongst some swing voters, enough so that the expected blue wave didn’t happen.

Lipinski suggested that Democrats, in order to maintain and expand their House majority, must be open to a range of ideologies, but was optimistic about the future of the party under President-elect Joe Biden’s leadership.

“Joe Biden, through his long political career, has been more moderate. He’s more of a pragmatist. And the Democratic Party needs more of that,” he said. “I think that pragmatists realize that you need to have a big tent, and you can’t be pushing people out. If Democrats keep pushing moderates out, suggesting they don’t have a place in the party, it’s going to hurt the party.”