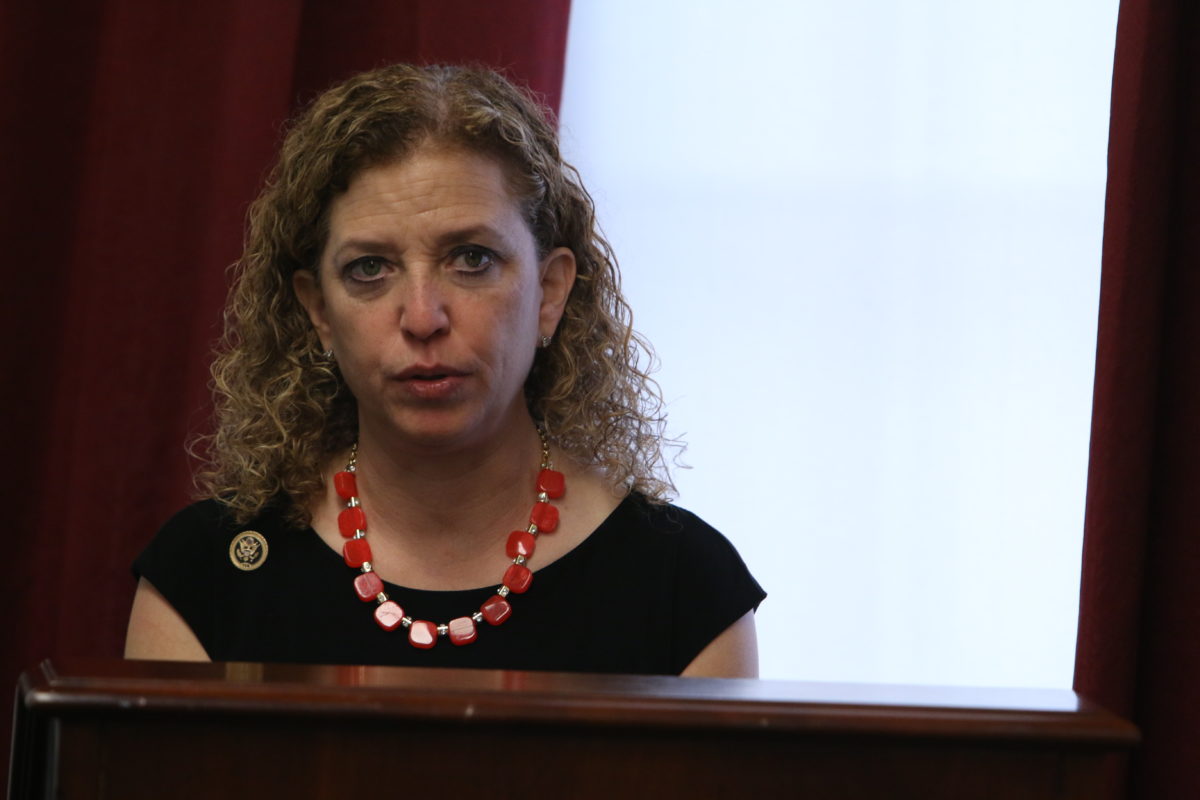 GOTV pitch: Wasserman Schultz remarked that “given the chance to denounce white supremacists, a very simple thing that universally most good human beings would do, Trump instead embraced and emboldened these hate mongers,” she said. “They got it. They knew what they were hearing — they heard a rallying cry.” Wasserman-Schultz told participants that early in Trump’s presidency she visited the Holocaust Museum in Washington with her then-teenaged daughter, “and when she saw in the beginning of that museum walkthrough what Hitler did in the lead up to the atrocity, she turned to me and said, ‘Mom, that is exactly what it seems like is happening right now in our country.’” The Florida congresswoman added: “God forbid that we have another [Trump] term and we see what comes next. Essentially, we have an opportunity to stop him in his tracks.”

Time is now: Republican lawmakers — including Senate Majority Leader Mitch McConnell (R-KY) — refused to defend Trump’s comments at the debate, with some urging him to forcefully denounce white supremacy to repair the damage. Speaking to reporters outside the White House, Trump sought to clarify his remarks calling on the violent Proud Boys group to “stand back and stand by,” insisting that he is unaware what the extremist group represents.

Both sides: In a statement yesterday, The Simon Wiesenthal Center said it was “extremely disappointed and troubled that President Trump did not explicitly denounce white supremacists.” But the group said they were equally “troubled by Vice President Biden who refused to acknowledge Antifa and did not condemn antisemite Louis Farrakhan and his followers.”