In his new book, Ami Ayalon explains why peace with the Palestinians is vital for Israel’s survival and how his bluntness contributed to his political defeat 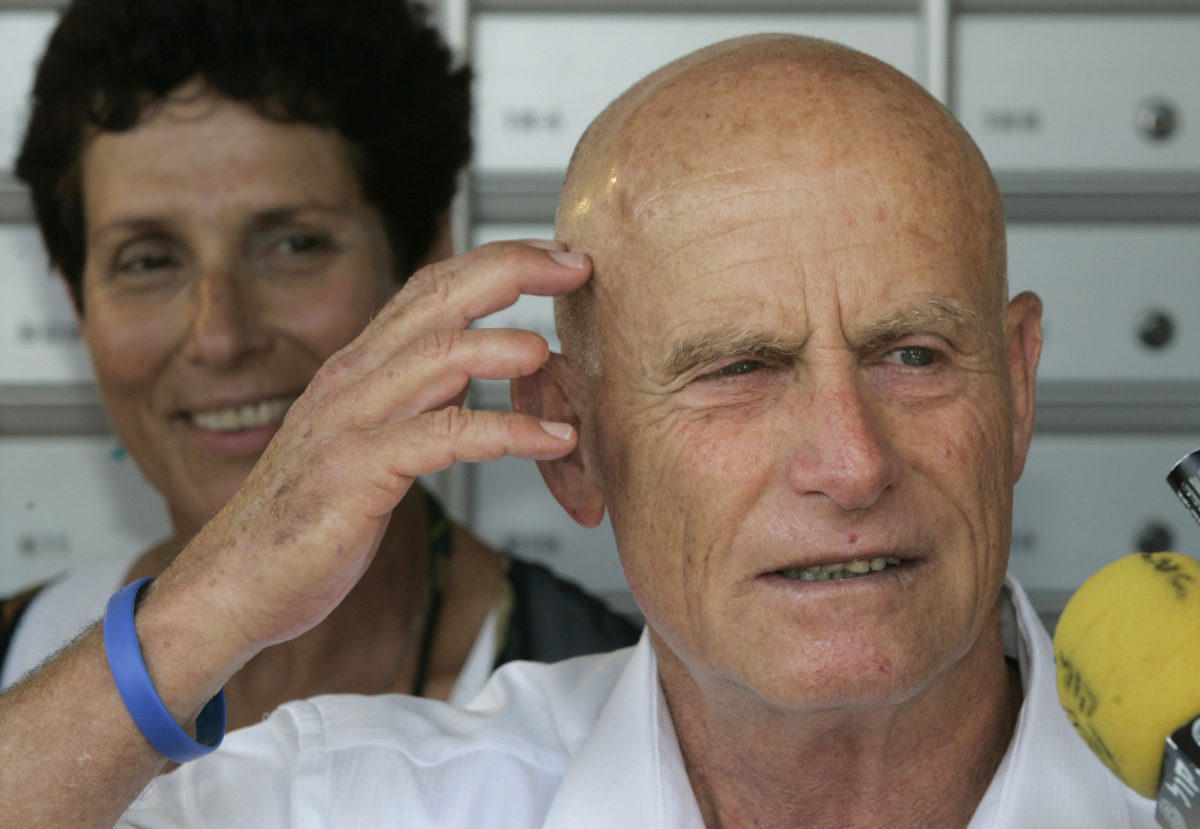 Ami Ayalon talks to reporters after casting his vote for the party's primary elections at a polling station in Geva Carmel, Tuesday, June 12, 2007.

A decade and a half ago, former Shin Bet chief Ami Ayalon thought his experience as an IDF commander and peace negotiator could help lead Israel to a better future — and was not shy about sharing his aspirations for higher office. “I am not entering politics to be another Knesset member. If I enter the political arena, I want to be prime minister. Period,” Ayalon told a reporter as he joined the Labor Party ahead of the 2006 elections.

Ayalon ultimately fell short of his ambitious goal after a brief three-year political career, and quit the party soon after losing a close race for party chairman to former Defense Minister Ehud Barak. “Stating my ambition so bluntly was the first of many mistakes I would make in politics,” Ayalon confirms in a new book, Friendly Fire: How Israel Became Its Own Worst Enemy and the Hope for Its Future, published last week.

“I do not regret any moment I spent in politics, even though there were moments I didn’t enjoy,” Ayalon told Jewish Insider in a conversation over Zoom. “It was a great experience. And the most important lesson was that I came to believe that I’m not a good politician. I refuse to sacrifice my beliefs in order to be elected.” Ayalon said that he remembers political advisors urging him to be less forthcoming with the press, but “I told them if I will not say where we are heading, why would people vote for me?”

Ayalon, who served as head of Israel’s security agency during Prime Minister Benjamin Netanyahu’s first term from 1996-1999, co-founded the Israeli NGO Blue White Future in 2009 to push for a peace deal between Israel and the Palestinians. In the book, Ayalon details his time in the military, as well as his efforts in the political and advocacy arenas.

In one chapter, Ayalon describes how in 1998 Israel killed Adel and Imad Awadallah — Hamas terrorists who topped both Israeli and Palestinian wanted lists for their bomb attacks in Israel. Ayalon describes how, when rumors began to spread about the mission, Netanyahu wanted authorities to tell reporters that the pair blew themselves up in a work accident, so as to prevent a revenge attack. “I am not going to lie to the media,” Ayalon told the prime minister. “If we start lying, no one will believe anything we say. This is a matter of credibility for the State of Israel and the Shin Bet.” Netanyahu, according to Ayalon, responded, “Credibility is not your department… You do not understand the media.”

Ayalon told JI that at the time he believed Netanyahu was seeking to strike a balance between improving the security situation following the implementation of the Oslo Accords and preserving his political career. But now, as an outsider observing the political scene, Ayalon suggests that Netanyahu no longer strikes that balance. “He will sell everything to stay in power, in order not to find himself in a prison,” he posited. “He lost every element of being a statesman.”

As Israel is enjoying warming ties with the United Arab Emirates, Bahrain and potentially other Arab countries, Ayalon suggests that while “it is a great political and diplomatic achievement” for the Trump administration and for Netanyahu, it is far less significant than Israel’s peace deals with Egypt and Jordan, which ended conflicts between Israel and each country. But Ayalon also argued that the new deals support his original vision for peace between Israel and the Palestinians. “We were saying for many years that if we make concessions on the Palestinian issue, we can create a better reality in the Middle East. And now, the crown prince of the UAE said loudly in Arabic and in English that in order to stop Israeli annexation, they decided to move forward with normalization,” he explained. “So we gave up on annexation, and we got a process which will bring us towards normalization and peace.”

Ayalon warned that, given the UAE’s style of government, the peace accord may not be a model for peace with other Arab countries. He noted that Egyptian President Abdel-Fatah al-Sisi and Jordanian King Abdullah II have yet to visit Israel despite decades of peace “because there is no legitimacy to these kind of visits unless we show progress on the Palestinian issue.” Ayalon added that even if Israel were to sign peace deals with all its Arab neighbors, “if we do not settle our relationship with the Palestinians and create a reality of two states, Israel will not be Jewish and democratic, and Israelis will not be safe.”