On Rosh Hashanah call, Trump urges support for his reelection

‘If we don’t win, Israel is in big trouble,’ Trump told participants 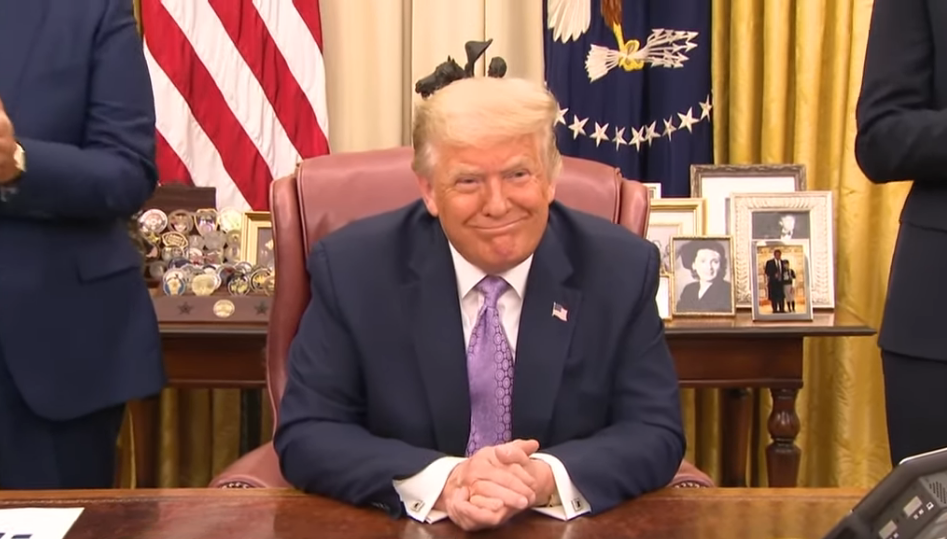 President Donald Trump implored American Jewish leaders to back his administration’s efforts to bring peace in the Middle East and support his reelection bid during an annual High Holidays conference call with rabbis and Jewish community leaders on Wednesday afternoon.

“Whatever you can do in terms of November 3rd, it’s going to be very important because if we don’t win, Israel is in big trouble,” Trump told participants on the call, adding that if he loses reelection and Republicans lose control of the Senate, “you are going to lose control of Israel. Israel will never be the same. I don’t know if it can recover from that.”

Trump noted the previous lack of widespread support among Jewish voters for his campaign, saying he was surprised to have only received 25% of the Jewish vote in 2016. “Here I have a son-in-law and a daughter who are Jewish, I have beautiful grandchildren that are Jewish, I have all of these incredible achievements,”” he said. “I’m amazed that it seems to be almost automatically a Democrat vote. President Obama is the worst president, I would say by far, that Israel has ever had in the United States… And yet the Democrats get 75%.”

“I hope you can do better with that,” Trump continued. “I hope you could explain to people what’s going on. We have to get more support from the Jewish people — for Israel… We have to be able, to hopefully, do well on November 3, and I hope you can get everybody out there. Otherwise, everything that we’ve done, I think, could come undone and we wouldn’t like that.”

On the call, White House Senior Advisor Jared Kushner touted the administration’s record. “I can honestly say that there’s been no greater president for the Jewish people in history than Donald Trump,” Kushner said.

Trump ended the call by saying, “We really appreciate you. We love your country also.”