NBA commissioner Adam Silver tells JI league condemns ‘all forms of hate speech, racism or anti-Semitic behavior no matter where it comes from.’ 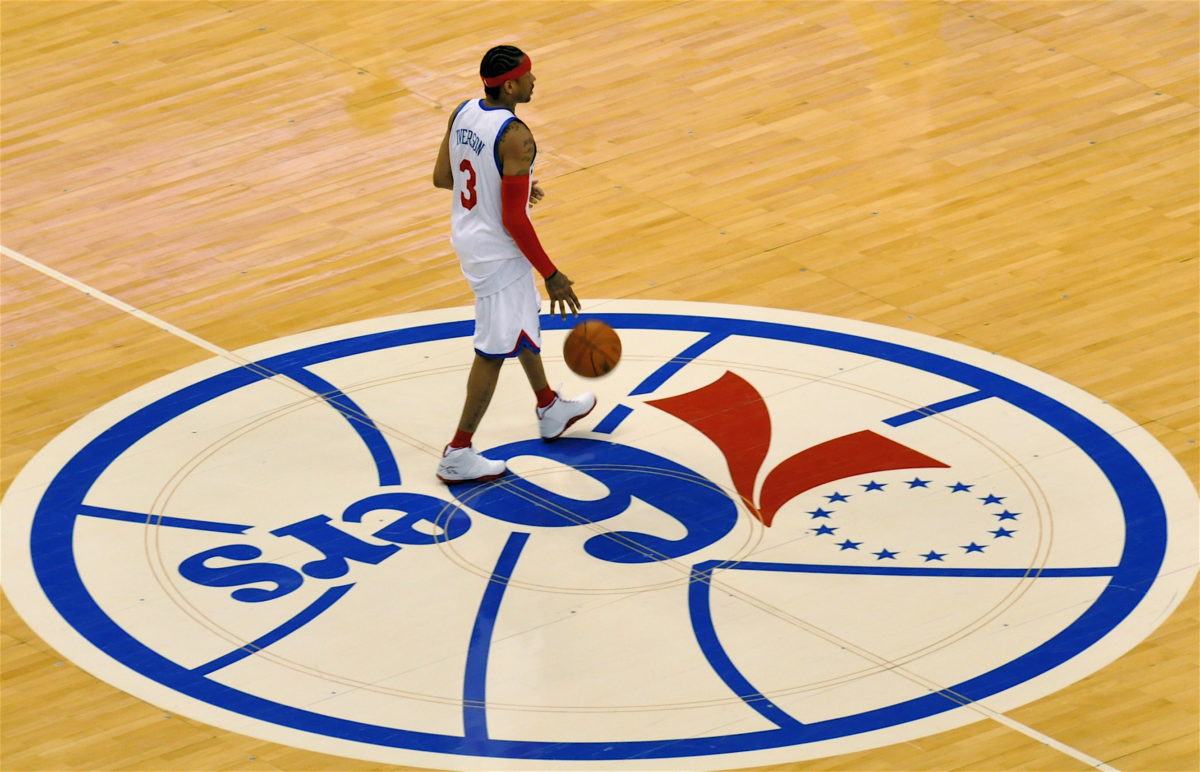 Iverson with the Philadelphia 76ers in 2009.

More than 36 hours after posting a photo with Nation of Islam leader Louis Farrakhan, basketball Hall of Famer Allen Iverson addressed the maelstrom of criticism he faced for appearing to show support for a man who has for decades spouted antisemitic and homophobic conspiracy theories.

In a second Instagram post, published Thursday, Iverson — who has not removed the offending post — wrote, “I have always had the highest love and respect for all of my fans, regardless of their race, sexual orientation, gender, religion, political designation or personal or political views.”

“I respect Louis Farrakhan’s strong voice on behalf of Black people and his impact on the Black community,” Iverson continued, explaining “My post wasn’t meant to offend anyone.”

“As one who has been a victim of racial injustice personally, I do not support or condone hatred of any kind. Specifically, I do not support anti-Semitic or homphobic views from anyone,” Iverson said. “In this moment, when all oppressed people should stand together in solidarity, we need to see each other, learn from each other and heal. We cannot stand for empowerment unless it is empowerment for ALL people. We must reject hate in any form.”

Iverson explained that he was introduced to Farrakhan in 2017 by his son, Mustapha Farrakhan, Sr., who holds the title of supreme captain of the Nation of Islam. Iverson wrote that he initially met Mustapha during his playing days. “[Farrakhan’s] family grew to love and respect me and my family and the mutual respect that we have for one another still exists to this day,” Iverson said.

Mustapha’s own son, Mustapha Farrakhan, Jr., is a professional basketball player who spent time with the New York Knicks and Milwaukee Bucks, but never appeared in a game.

Considered one of the best players of his era, Iverson played for 14 seasons with the Philadelphia 76ers, Denver Nuggets, Detroit Pistons and Memphis Grizzlies. An 11-time NBA All-star, Iverson won the Most Valuable Player award in 2001. His jersey was retired by the 76ers in 2014, and he was inducted into the Naismith Basketball Hall of Fame two years later.

The image’s controversy has also caught other sports celebrities in its wake. Philadelphia Eagles star wide receiver DeSean Jackson, who recently came under fire for twice posting fake quotes he attributed to Adolf Hitler, initially liked the post, but later removed his like.

“When we were made aware of Allen’s post on social media yesterday, we reached out to him to understand it. When he learned the post had caused hurt and offense, Allen expressed a continued commitment to standing for equality and opposing Anti-Semitism, racism and homophobia. Now more than ever, we must come together to condemn bigotry of any kind. This includes embracing dialogue on these subjects and learning from each other, no matter how uncomfortable.”

A representative for Iverson did not return a request for comment.

NBA commissioner Adam Silver told JI, “The NBA has a long history of standing up for the principles of equality and the importance of respecting a diversity of viewpoints but we condemn all forms of hate speech, racism or anti-Semitic behavior no matter where it comes from.”

Iverson’s post is one of several recent incidents involving retired NBA players. In addition to Jackson’s comments, former Miami Heat star Dwyane Wade apologized after tweeting a message of support for actor Nick Cannon, who was fired by ViacomCBS for antisemtic comments made in a recently resurfaced video.