Ahead of his primary challenge, Rep. Thomas Suozzi emphasizes support for Israel 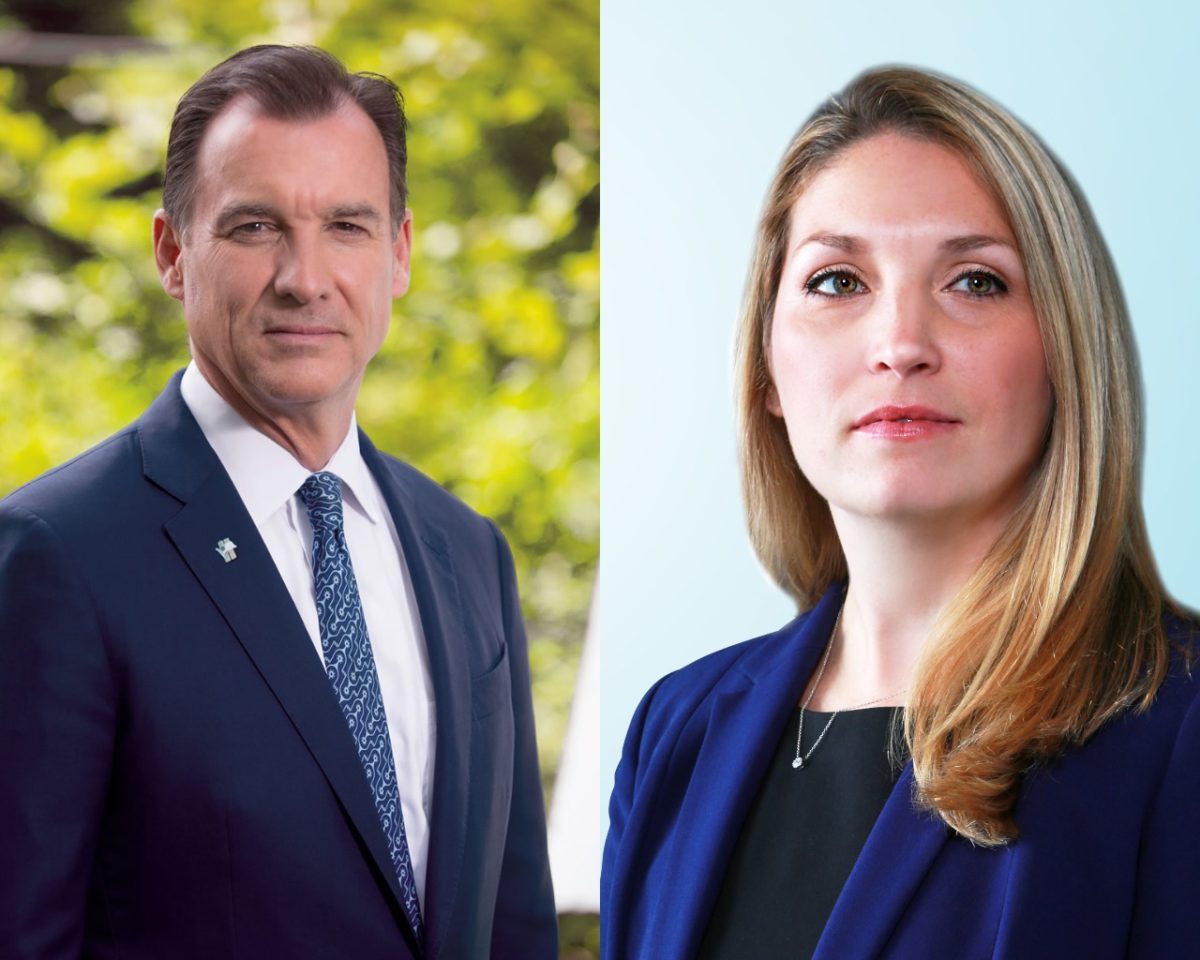 The night before his primary, two-term Rep. Thomas Suozzi’s (D-NY) mind was on Israel. Joining a virtual get-out-the-vote forum with Democratic Majority for Israel, he touted his strong support for the Jewish state during his time in Congress.

“I just want you to know that I would consider myself to be one of the most reliable non-Jewish Democratic votes in the House of Representatives,” Suozzi said during the DMFI event. “So you can always count on me on every issue related to Israel.”

The centrist Suozzi, who represents New York’s 3rd congressional district, which includes parts of Queens and Long Island, is being challenged from the left in Tuesday’s primary by healthcare advocate Melanie D’Arrigo and former sex crimes prosecutor and ex-volunteer firefighter Michael Weinstock, who is Jewish.

Suozzi said he has yet yet to join a congressional letter — currently signed by approximately 160 of his colleagues — opposing the annexation of portions of the West Bank, because he said it does not currently affirm the U.S. security relationship with Israel.

“I’ve done this before with some of my friends in Congress that are strong pro-Israel supporters,” he explained. “We wait until late on in the process and we say ‘Listen, if you want us to get on board — and we will get on board… you need to add a sentence or two that says that you will not try and make security assistance conditional.’”

However, he added that he believes annexation would “probably cause a lot of problems in the region.”

Throughout his time in Congress, Suozzi has been vocal on Israel-related legislation. Early in his first term, he spoke out against a U.N. Resolution condemning Israeli settlements because it “failed to distinguish between long accepted and more controversial settlements,” according to his website.

Suozzi introduced the SHIELDS Act in 2018, which imposed sanctions on Hezbollah for using human shields, and introduced a provision into the 2018 National Defense Authorization Act addressing Hezbollah’s actions in Lebanon and Russian cooperation with Iran in Syria. Recently, he introduced an act to enhance U.S. medical partnerships with Israel to reduce America’s dependence on China for medical supplies.

Suozzi encouraged members of his district to vote in today’s primary, emphasizing at the DMFI event that primaries “are controlled by… the far, far left of our party” — including elements that are anti-Israel — and that his opponents are “not as good on Israel as I am.”

In an interview with Jewish Insider, D’Arrigo spoke more harshly of Prime Minister Benjamin Netanyahu’s government than Suozzi. The candidate said she supports a two-state solution, but said she is not optimistic that progress can be made toward peace until both Netanyahu and President Donald Trump are replaced.

“I’m not so sure Netanyahu wants to go to the table,” D’Arrigo said. “I would have liked to have seen an administration change [in the Israeli elections], because… we’re not going to be able to bring two sides to the table unless we are all acting in good faith. And I just don’t see that that’s happening right now.”

She added that annexation of portions of the West Bank would be a “mistake… that would really destabilize the region.” D’Arrigo said she fears such a move “would push us to a place where I don’t know we could come back from to form a two-state solution.”

D’Arrigo does not personally support the BDS movement, which she believes has “become a huge distractor from bringing the two sides to the table,” but expressed some hesitation over anti-BDS legislation. She emphasized that she was not familiar with the exact wording of the recent anti-BDS bill, of which Suozzi was an early co-sponsor.

“I think we have to be really careful to make sure that we are not going against First Amendment rights,” she said. “I do believe some people in the movement are there because they’re trying to peacefully protest,” she continued. “But we also know that there are very bad actors in that movement.”

Weinstock seems to primarily blame Palestinian leadership for the lack of progress toward a peace deal. “I will only support a two-state solution when the Palestinian Authority condemns the use of terror and embraces Israel’s right to exist,” he said on his campaign website.

Suozzi had harsh words for Palestinian activists, who he said are targeting young Democrats on college campuses and social media.

“A lot of young people have been educated in a way that is anti-Israel,” he said. “And I think that a lot of Democrats, especially people of color, that have been oppressed over the years… will readily identify with other oppressed peoples. And so the Palestinians have worked very hard to try and educate people on college campuses to say that we are oppressed people without the same kids being educated about the truth of the matter.”

Although he’s popular in the pro-Israel community, his challengers say that many in the district are dissatisfied with the incumbent. “I decided to run for Congress because I… didn’t feel that my current representative was representing the district well or representing Democratic values,” D’Arrigo said. “I found many instances, while he said he was one thing, his votes indicated another.”

D’Arrigo trails significantly in fundraising. Suozzi has raised more than $2 million and has spent more than $1 million on his campaign so far, while D’Arrigo only pulled in $173,000 and has spent $125,000 of that. Weinstock is further behind, with just $86,000.

This fundraising disparity relates directly to one of the cornerstones of D’Arrigo’s campaign. Her signature proposal is the “PAID BY Act,” which would mandate that politicians publicly disclose campaign contributions that might constitute conflicts of interest.

“The reality is, when corporations and lobbyists donate thousands and thousands of dollars to politicians, they’re not doing it out of the goodness of their heart,” she said. “They’re doing it because they expect a return on their investment.”

In the midst of their fight to unseat Suozzi, the two progressive challengers have also found themselves in a battle against each other. The competition between them turned testy in April amid a spat over allegedly invalid signatures on Weinstock’s campaign forms.

D’Arrigo filed a lawsuit, which Weinstock claimed was illegal because he received notice of it during Shabbat. D’Arrigo’s lawyer denied knowledge that Weinstock observed Shabbat, which Weinstock said amounted to an allegation that he’s not Jewish enough.

D’Arrigo vehemently denied that her attorney had questioned Weinstock’s faith. “That’s absolutely false. And it’s absolutely ludicrous… I’m frankly shocked that he would even go that low,” D’Arrigo said. “Michael Weinstock said that he was very religious and observed the Sabbath. And my lawyer had to point out he didn’t know about it because, in fact, Michael Weinstock was out collecting signatures on the Sabbath in previous weeks.”

D’Arrigo insists she’s been a fierce opponent of antisemitism for years. “I have spent years in my community trying to stand up to antisemitism,” she said. “I’ve attended marches and programs, I frequently go to temples and learn and sit with my Jewish brothers and sisters and work on issues that are important to this community.”

Weinstock lashed out at D’Arrigo on Facebook, telling a voter, “Melanie’s little stunt… requires me to leave my house every day, during a pandemic… The woman deliberately put me and my family at risk. If she were a man, I would consider giving her a good old-fashioned throat punch.”

Weinstock’s campaign website casts him as a champion of women, particularly domestic violence victims, and discusses his father’s history of domestic violence against his mother. He apologized for his comments, but called for D’Arrigo to “apologize for the Jewish vulgarity expressed by her legal team.”

Weinstock’s campaign website currently emphasizes his involvement in the Jewish community and Jewish life. He attended Ben-Gurion University in Israel for six months, to “immerse myself and learn,” and also worked to reunite a local assemblyman, who immigrated from Italy, with the Jewish family that his family hid from the Nazis during the Holocaust.