NYC mayor under fire for singling out Jewish community in tweet

‘As mayor of the city of New York he cannot pick and choose one ethnic group, or one particular group, over another’ 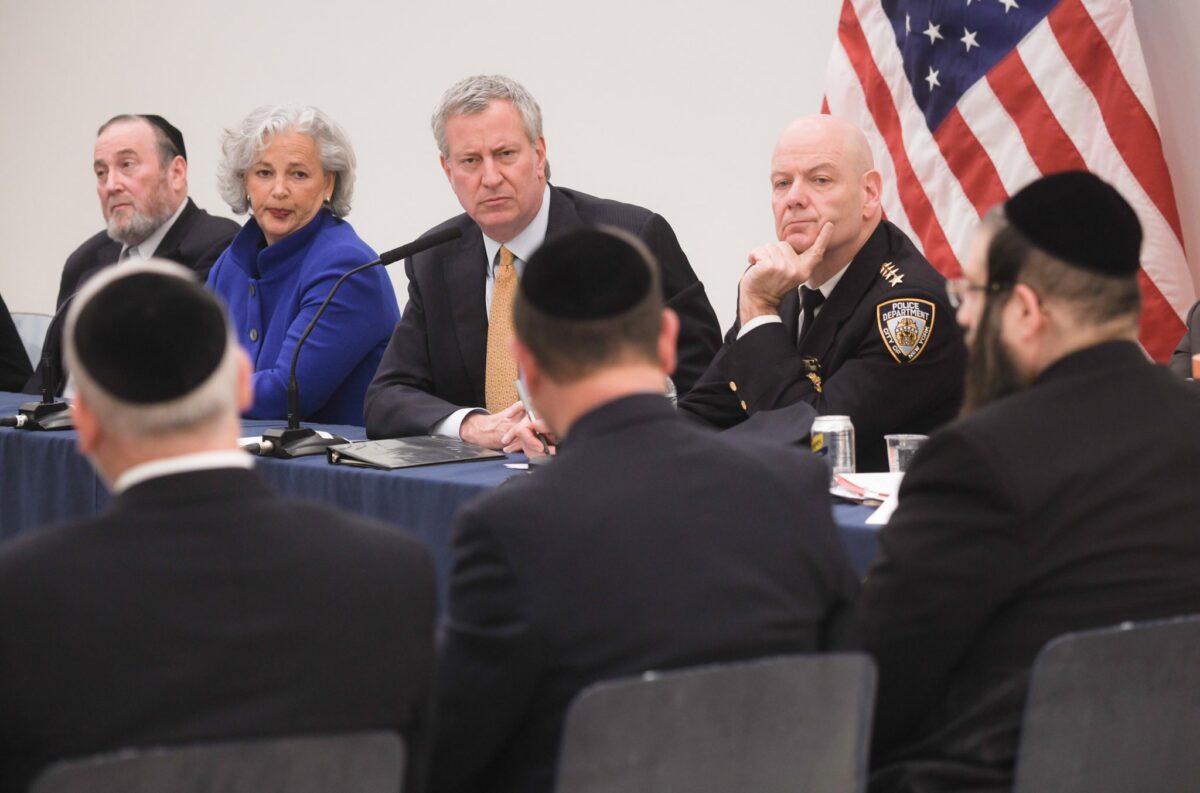 Details: On Tuesday evening, several hundred members of the Hasidic community gathered in the Williamsburg neighborhood of Brooklyn for the funeral of Rabbi Chaim Mertz, who died at age 73 due to coronavirus complications. The mayor, who was in the area for an unrelated event and personally oversaw the NYPD dispersal of the crowd — who were not practicing social distancing — called the gathering “absolutely unacceptable.”

Singled out: In a follow up tweet, de Blasio warned “the Jewish community, and all communities” that the police will take extreme measures to enforce COVID-19-related restrictions against gatherings of all kinds.

Reaction: Anti-Defamation League CEO Jonathan Greenblatt blasted de Blasio for “generalizing against” the more than 1 million Jews in New York City at a time “when so many are scapegoating Jews.” Sen. Ted Cruz (R-TX) called out the Democratic mayor for targeting religious faith. Lis Smith, who served as de Blasio’s press secretary during his 2013 race for mayor and the beginning of his term, noted, “NYC has been a refuge for Jews fleeing persecution and death for decades and more. How on earth does the mayor of NYC single them out for persecution in the middle of a pandemic?”

Double standard: New York City Councilman Chaim Deutsch, chairman of the New York City Jewish Caucus, accused de Blasio of a “double standard” against one community while ignoring violations in other neighborhoods across the city. “The mayor shouldn’t have singled out the Jewish community, and if he’s going to do it, he should make sure that the city as a whole practices social distancing,” Deutsch told Jewish Insider. “He should call everyone out when they see it. I am not condoning anything that happened, but as mayor of the city of New York he cannot pick and choose one ethnic group, or one particular group, over another.

Holocaust scholar Deborah Lipstadt told JI, “Had the mayor condemned just that, there would’ve been nothing wrong with such a condemnation. But to condemn an entire community is just wrong. It’s also a perfect invitation to antisemites to do their work.”

Poor choice of words: Councilman Kalman Yeger (D-Brooklyn) said he was “very disappointed” with de Blasio’s language because “he has always been a good friend of the community” and “it’s language he would never have used about any other ethnic group in the city.”

Regrets: Congregation Kahal Tolath Yakov, the synagogue which hosted Mertz’s funeral, released a statement expressing “regret” for the controversy, and saying it had planned for all attendees to wear masks and practice social distancing, which “didn’t pan out.” The synagogue leadership claimed de Blasio’s tweet wasn’t “ill-intentioned” and apologized for the events leading to “singling out the Jewish community.”

Taking action: The World Jewish Congress is planning to formally censure de Blasio upon the recommendation of WJC President Ron Lauder, who also heads the Anti-Semitism Accountability Project. “To blame the entire Jewish community is the type of stereotyping that is dangerous and unacceptable at any time, and particularly pernicious while the world is gripped in fear and the worst among us are looking for scapegoats,” Lauder said in the statement to Jewish Insider. Lauder accused the mayor of feeding “into the dangerous agenda of white supremacists and anti-Semites around the world” by singling out Jews and painting them as lawbreakers.