Greenblatt says peace plan could be delayed until November 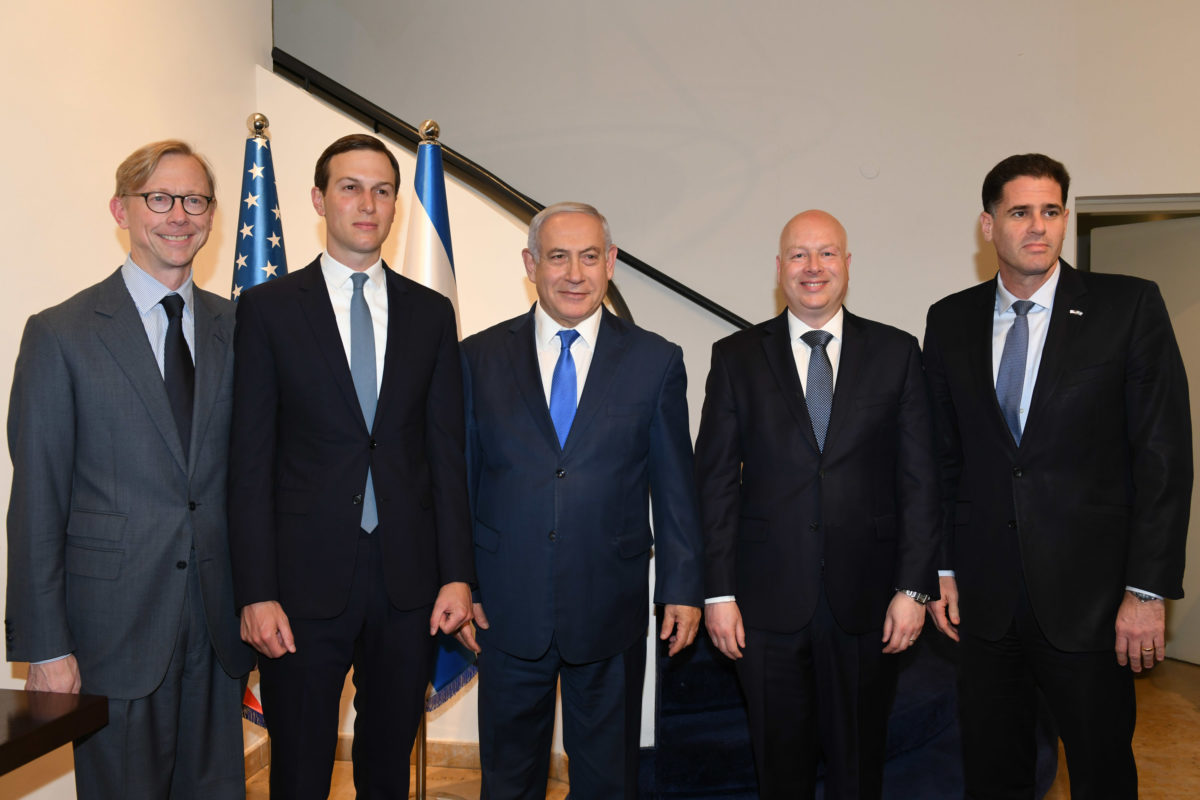 PM Netanyahu Meets with Senior US Presidential Envoy Jared Kushner and US Envoy to the Middle East Jason Greenblatt on May 30, 2019 (Kobi Gideon/GPO)

On Sunday, Jason Greenblatt, the White House mideast peace envoy, indicated that the rollout of the Trump peace plan will likely be delayed until the fall due to Israel’s repeat election.

“It’s no secret that the Israeli elections have certainly put a new thought into our head. Had the elections not been called again, perhaps we would have released it during the summer,” Greenblatt said in a conversation with JPost Editor-in-Chief Yaakov Katz. “We haven’t made a decision on whether we will delay it now until potentially November 6, but I think the logic will still dictate that if we want to wait until a new government is formed, we really do have to wait until, potentially, as late as November 6.”

Israel’s elections will take place on September 16, and, once tasked with forming a government, the next prime minister has about 45 days to bring a new coalition government for a confidence vote in the Knesset.

Greenblatt said that a final determination will be made after the ‘economic workshop’ in Bahrain next week.

Israeli Foreign Minister Israel Katz (Likud) confirmed that Israel will attend the Kushner-led Bahrain summit. “Israel has a key role to play in this process,” Katz said in remarks at the JPost conference. “Israel, with its experience and capabilities, can participate in these efforts and contribute in different fields of interest, among them modern technology, energy, innovation and even transportation.”

Katz met with Greenblatt in New Jersey on Friday.

Greenblatt also said at the conference that he is in agreement with Ambassador David Friedman’s comments to the New York Times about a partial Israeli annexation of the West Bank. “I will let David’s comments stand for themselves, and I support his comment,” he said.