In the battle for Lansing, will Tom Barrett unseat Rep. Elissa Slotkin?

The Michigan state senator is pressing GOP issues including crime and border security, but the election may turn on abortion 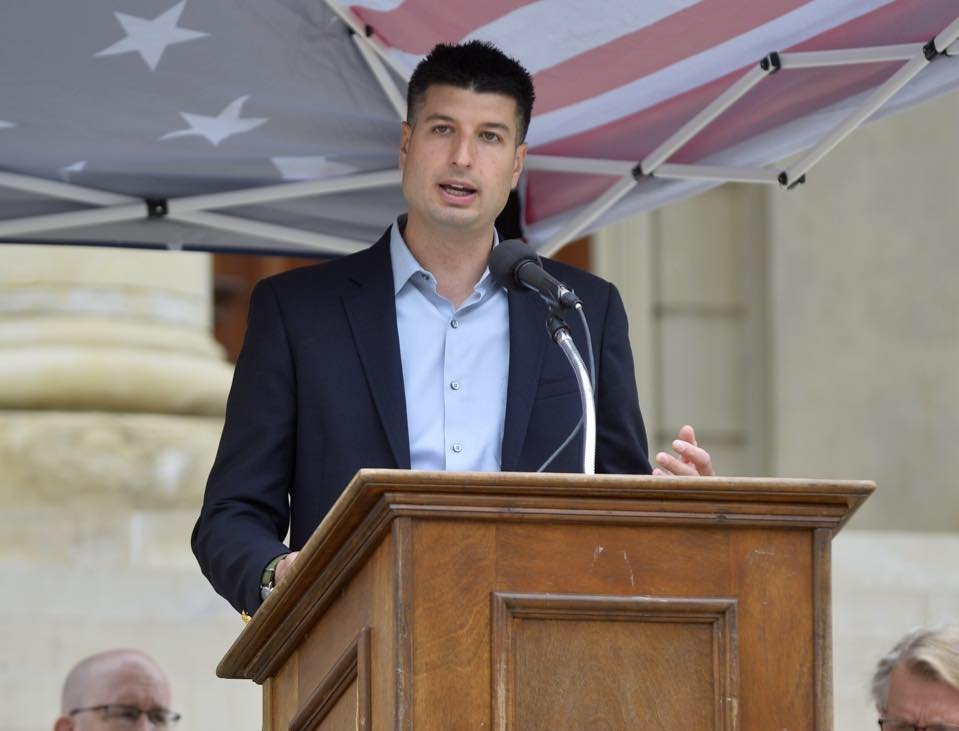 Rep. Elissa Slotkin (D-MI) has proven her electoral mettle in the past two election cycles, eking out victories in a perennially competitive district. She claims the rare distinction of being one of only seven Democrats to win a district in 2020 that was also won by former President Donald Trump. State Sen. Tom Barrett, who is challenging Slotkin in Michigan’s new 7th Congressional District, which is centered around Lansing, is hoping to break that pattern.

Barrett, who served in the Army for 21 years, including in Kuwait and Iraq, and went on to serve as a Michigan State House member for four years, echoed many Republicans this cycle in telling Jewish Insider he’s running for Congress because he “feel[s] our country is on the wrong track… it’s largely attributable to the failed decisions and bad policy that’s coming out of Washington, D.C., under this current administration.”

Barrett’s top policy focuses are also consistent with those of many GOP candidates this cycle: crime, border security, energy prices and, a more recent addition to the playbook, eliminating the Internal Revenue Service staff increases passed in the Inflation Reduction Act.

Slotkin — a former CIA and Defense Department official —  has made domestic extremism, including antisemitism, a key element of her current term in Congress, serving as the chair of the House Homeland Security Committee’s Subcommittee on Intelligence and Counterterrorism. During her 2020 campaign, Slotkin, who is Jewish, warned JI about the growing concentration of extremist activity in Michigan, and her district specifically.

Barrett seemed less focused on this topic. Asked about the issue, and Slotkin’s emphasis on it, Barrett said last week that extremist groups are unacceptable, but blamed Democrats for “overlooking the issues of crime in every city in America.”

“Those are real problems and real issues where real victims have been harmed. I’m not in any way excusing or delegitimizing ethnic intimidation and crimes of that nature. But we also have real crimes with real victims in the moment, right now taking place. Record numbers of murders with record numbers of violent crime on the streets,” he said.

Pressed on what he meant by his references to “real crimes,” Barrett said he felt Slotkin, and more broadly other Democrats, are “trying to suggest… that every Republican is somehow an extremist. And that’s what I’m drawing the contrast to.”

Barrett, who served for a time as a helicopter pilot, pointed to the U.S. pullout from Afghanistan as a particular impetus for his congressional run. While Barrett supported leaving Afghanistan, feeling that the pullout likely should have happened much earlier, he strongly criticized the U.S.’s pullout strategy, which he blamed for the deaths of 13 service members.

“There was no accountability afterward, those same generals and same advisors are still in charge,” he said. He also blamed strategic failures on “advisors at the Pentagon who are hyper-focused on their political future and the woke progressive policies… and less concerned with the health, welfare and survivability of our military troops.”

“We’ve seen adversaries abroad becoming more emboldened and I think a lot of that is a direct result of the weak posture on the world stage that America has had under this administration,” Barrett added, including Iran’s nuclear enrichment on that list.

He called for “strong deterrence and strong penalties” against Iran, including a “full-court press” from U.S. allies and partners to stop Iran from developing a nuclear weapon. He said that also must include pressure on Russia and China, which he described as “enablers” for Iran.

Barrett called the U.S. Israel-relationship “one of the key alliances geopolitically in the world.”

He added that any political settlement between the Israelis and Palestinians “would have to originate from those that have the most at stake… One lesson I learned as somebody who traveled the world in different deployments is that we can’t force our American outcome ideals on to other cultures and other nations.”

Barrett, who joined the military a few years before 9/11, said that he began his service in the war on terror believing “in my heart” that U.S. troops and American ideals “would be welcomed with open arms,” which, he said, did not happen. His service, he said, taught him that the U.S. military’s mission abroad should not include nation-building.

“I think we have to be honest about that,” he explained. “It really taught me that there are unfortunately cultures in the world that dominate certain countries, that don’t value the things that we take for granted and value here in our country.”

Barrett expressed skepticism over the 2020 election results, joining 10 colleagues in sending a letter to Congress just before the Jan. 6 riot urging lawmakers to investigate voter fraud claims. In the weeks after Jan. 6, he told local media that he had no regrets about the letter.

During the Republican primary, Barrett campaigned as staunchly anti-abortion — with no exceptions — and his campaign website pledged to “protect life from conception.” It now describes him generically as “pro-life,” and bashes Slotkin’s pro-choice abortion stance.

Barrett’s shift in position is reflective of the challenges posed to Michigan Republicans by the Supreme Court’s decision to overturn Roe v. Wade, Adrian Hemond, CEO of political consulting firm Grassroots Midwest, told JI. Public polling has shown abortion to be a defining issue for Michigan voters, and the Dobbs ruling to be highly unpopular, Hemond explained.

“He’s on the wrong side of that issue in terms of where the voters in this district are,” Hemond said of Barrett. “If the election is about a different issue for you, then Republicans are competitive. The problem is that for a large swath of the electorate, this election is about abortion. And that is why you see Republicans trying to talk about anything else.”

Hemond noted that a Detroit News poll last week showed Michigan Republicans trailing among non-college-educated white women, which he described as likely fatal to Barrett’s prospects if the trend does not change.

Hemond said Barrett needs to find a way to talk about abortion “in a way that people think is reasonable,” arguing that “ignoring the issue does you no favors as a Republican at this point.”

The new 7th District tipped slightly toward Republicans in the 2020 presidential election, and the Cook Political Report rates it as a toss-up. Hemond noted that the district, which includes the state capital, Lansing, and Michigan State University, is “trending the wrong way” for Republicans, particularly in the areas that are growing. Plus, Slotkin holds an inherent advantage as the incumbent.

Another major liability for Barrett is his finances. Slotkin’s campaign has raised $6.9 million to Barrett’s $1.4 million, and he has just $447,000 left in his coffers, compared to Slotkin’s $6.6 million, as of mid-July. That, according to Hemond, has left him reliant on outside groups to support him with ad spending.

If he hopes to bring home a victory in November, Hemond said Barrett needs to “raise money fast.” He noted that Barrett’s campaign has some potentially viable attacks against Slotkin — casting her as beholden to a lobbyist and campaign donor whose condo she currently rents and tying her to President Joe Biden. But, Hemond added, “the campaign does not have enough money” to ensure those attacks stick.

Hemond said an even larger obstacle for Barrett may be the top of the ticket, where Gov. Gretchen Whitmer, a Democrat, led Republican Tudor Dixon by 13 points in the Detroit News survey. Dixon, he added, is even more outmatched than Barrett in fundraising.

“That’s a massive problem for a Republican candidate if the top of the ticket is financially collapsing,” he explained.