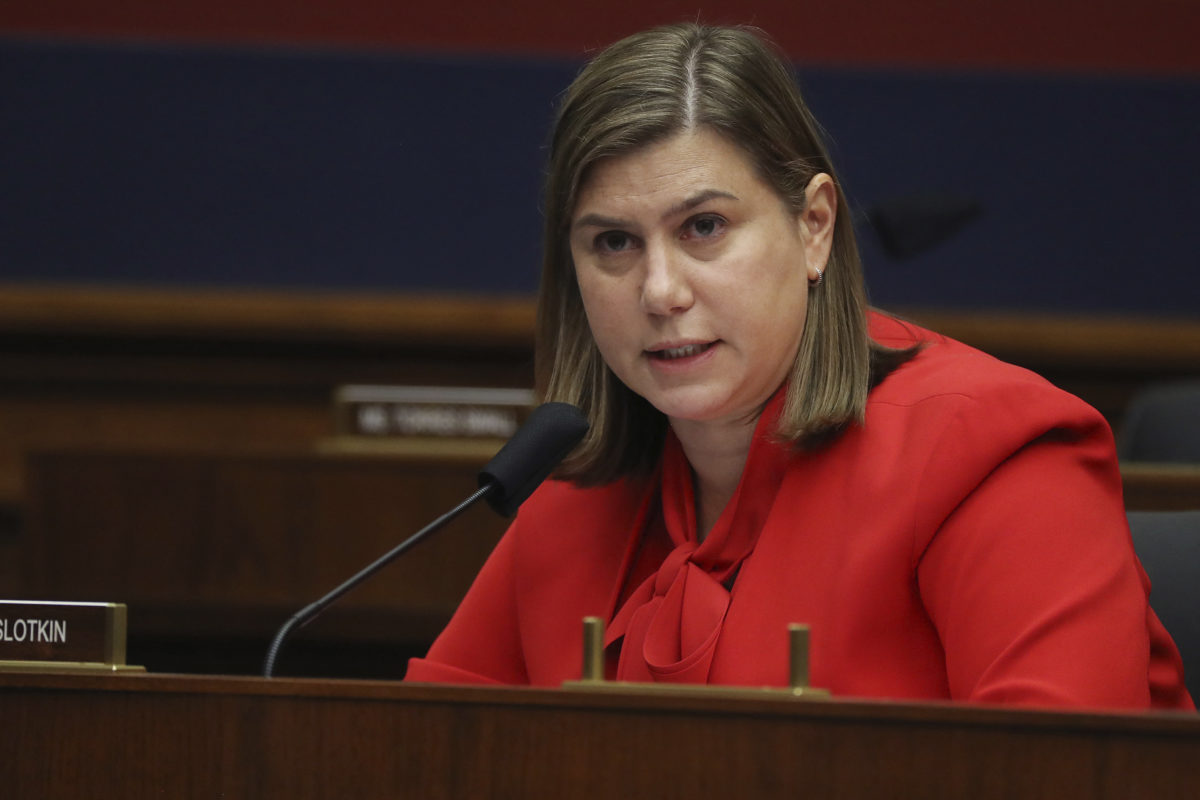 Rep. Elissa Slotkin (D-MI) questions witnesses during a hearing in the Rayburn House Office Building on Capitol Hill on September 17, 2020 in Washington, DC.

Prior to winning election to Congress in 2018, Slotkin, the new chair of the Committee on Homeland Security’s Intelligence and Counterterrorism Subcommittee, had an extensive career tackling foreign terrorist threats working for the Central Intelligence Agency, the National Security Council and the Department of Defense. Now, she said, she’s turning that expertise to the home front.

“As someone who worked at the CIA and the Defense Department and spent the first 20 years of my career looking at foreign terrorist threats, I really think that we have seen the end of the post-9/11 era,” she said. “I think we can officially say on the 6th of January we saw the end of those 20 years of the post-9/11 era. Instead of the greatest threat coming from abroad, and foreign terrorist organizations, I think the single greatest threat to Americans’ security is the division between us.”

“I am a militia and terrorism expert, particularly in Iraq,” she continued. “I’m struck that those skills are relevant in a very different context here in the United States.”

Slotkin said the subcommittee will tackle a range of issues, including examining the magnitude of threats and the legal tools available to combat them, discussing how to protect civil rights and civil liberties while also fighting domestic terrorism and working to to stop radicalization before it becomes violent.

“Right now, I think the most important thing we can do is try to learn some of the lessons from the post 9/11 era, and bring those forward, as we try to make sure that we are properly prepared for the threat that we’ve seen from domestic terrorism,” the Michigan congresswoman said. “I’m going to try and approach this the way that I approached so many national security issues in my prior life.”

Slotkin said she’s still evaluating whether she thinks the U.S. should institute a domestic terrorism statute, a proposal that has gained steam in the weeks since the January 6 Capitol riot.

“It’s an open question to me whether clear guidance from the Department of Justice, from the attorney general, from the FBI leadership could encourage law enforcement across the country to use authorities that are already on the books,” she said. “Twenty-nine states across the country have actually pretty strong anti-militia legislation already on the books. They just don’t use it… But I hold open that we might need new law.”

Ensuring accountability for social media companies, which have come under criticism for allowing hate groups on their platforms, will be another key plank of the subcommittee’s agenda, according to Slotkin.

“We had the leaders of the social media companies come up and testify last Congress in front of us, and all I can say is they were literally daring us to regulate them. They showed very little will into coming up with a systematic approach or even recognizing that they haven’t restored responsibility for public safety at all,” she said. “I think it’s fair to say that we are not settled as a country on how we’re going to address the social media companies and their social responsibility around incitement of violence, propaganda, extremism.”

Slotkin also said that passing a bill she co-sponsored in the last Congress that federally mandates Holocaust education would be an important step toward addressing radicalization.

“I walked through those crowds, the morning of the 6th,” she said. “If you are not educated on the Holocaust, when you see something like a ‘Camp Auschwitz’ sweatshirt, or a swastika, or some of these tropes that have been around forever, about wealthy Jews running the world — if you don’t know that has a historical legacy and connection to genocide, then when you see it in a random protest, you might not think it’s that big of a deal.”

The congresswoman emphasized that, in its campaign against domestic terrorism, the U.S. must also be cautious to avoid making the same mistakes it made in the international military campaigns launched after Sept. 11.

“We need to hear that and understand that we can’t simply arrest people and think that this problem is going to go away,” Slotkin said. “From the wars in Iraq and Afghanistan, anyone who served there will tell you that there were times in those complicated wars where our actions actually increased the grievances among people in those countries and inspired more of them to take up arms. Well, of course, we don’t want to repeat that.”

To address the failures that led to the Capitol riot, Slotkin suggested that the government should convene an “independent bipartisan review” to address security personnel failures to properly assess or prepare for a known threat.

The Michigan congresswoman repeatedly emphasized that such extremist activity has long been an issue in Michigan, and her district in particular.

Last year, armed protesters barged into the state capitol, which is in Slotkin’s district, in an event Slotkin said “felt eerily similar” to the events of January 6. Several of the extremists implicated in a plot to kidnap Michigan Gov. Gretchen Whitmer were also from her district. Slotkin had expressed concerns to Jewish Insider in September 2020 about the Proud Boys’ activities in her district, which she raised again on Thursday.

“I’ve gone into the town where I live and seen folks with Proud Boys jackets and Proud Boys bracelets. There are threats coming in to many elected leaders from folks who affiliate with these various groups,” she said. “It’s not just a Washington problem. It is threatening average Americans, and we need to think about the longer term.”