Blinken vows not to roll back Iran sanctions before nuclear compliance 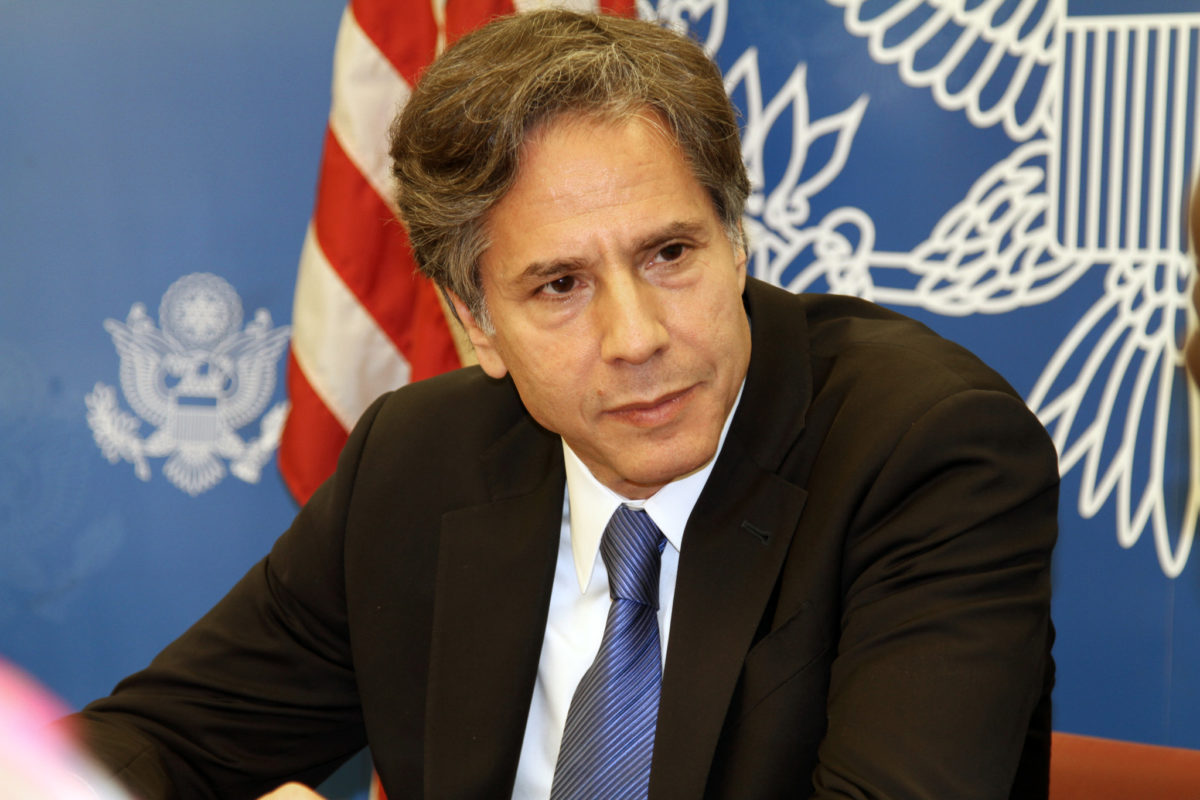 Secretary of State Tony Blinken delved into the specifics of the Biden administration’s approach to diplomacy with Iran during his first appearance as secretary of state before the House Foreign Affairs Committee on Wednesday.

During the nearly four-hour hearing, Blinken assured committee members that the U.S. will not make concessions to Iran to secure a meeting with the regime nor will it roll back sanctions until Iran is either in compliance with the 2015 nuclear deal or on a path to full compliance.

He also bluntly denied reports, cited by Rep. Greg Steube (R-FL), that the U.S. had already released funds to the Iranian regime, and said the U.S. has no plans to do so unless Iran comes back into compliance with the 2015 Joint Comprehensive Plan of Action.

The secretary of state committed to formally consulting with Congress before withdrawing U.S. sanctions, and to working closely with allies, including Israel, on sanctions and the Iran threat more broadly. “We’re determined to consult on the takeoff, not on the landing,” he said. “Congress is the first stop, but also allies, partners, including allies and partners in the region, who have their own concerns and own interests at stake.”

Blinken confirmed to the committee that the State Department, including himself and Special Envoy for Iran Rob Malley, have engaged in conversations with China and Russia regarding the Iran deal. This appears to be the first public confirmation from the State Department of talks about Iran with China and Russia — the department had previously refused to confirm a reported conversation between Malley and the Chinese foreign minister.

“The department, the special envoy, myself, we’ve been engaged with all of the parties to the JCPOA, to include China, to include Russia, and of course to include our European partners as well as the European Union to get their assessments of the prospects of Iran returning to compliance with its obligations and urging them to use what influence they have with Iran to return to its obligations,” the secretary of state said. He declined to answer specifically which conversations Malley had personally conducted.

Blinken was pressed by Rep. Ted Deutch (D-FL) on how the U.S. plans to engage with Iran, given that the Iranian regime has refused a recent invitation to EU-brokered talks. The secretary of state pushed responsibility toward the Iranian regime to make further progress.

“We’ve been clear that the best, most sustainable way [to get Iran’s nuclear program back in a box] is through tough-minded diplomacy. We’ve made clear that we’re prepared to engage in that diplomacy,” he said. “I think the ball is in their court to see if they’re serious about engaging or not.”

Multiple Republican members quizzed Blinken on how the administration would handle fast-approaching sunset provisions within the 2015 nuclear deal amid its efforts to reenter it. The secretary of state emphasized that lengthening and strengthening the original deal would be a key part of reentering it, but also argued that “the [sunset clauses] that matter most” regulating the enrichment levels and the size of Iran’s stockpile do not expire until 2030.

Blinken also addressed the U.S.-Israel relationship at several points during the hearing, although it did not take center stage in the same way that Iran did.

In response to a question from Rep. Kathy Manning (D-NC) about whether “reports of the death of the two-state solution are premature,” Blinken reiterated his commitment to pursuing peace between Israel and the Palestinians.

“At the end of the day there is not a good alternative that protects Israel’s future as a Jewish and democratic state and gives the Palestinians the state that they are entitled to,” he said.

He also committed to using the State Department’s resources to combat global antisemitism and white supremacy, calling this effort “something that I place personal importance on.” Blinken frequently recounts his stepfather’s experience being rescued by American troops at the end of the Holocaust.

The secretary of state emphasized the administration’s commitment to abiding by the Taylor Force Act, which cuts off U.S. payments to the Palestinian Authority as long as it continues so-called martyr payments to terrorists’ families. Blinken noted that President Joe Biden was in Israel when Taylor Force, the bill’s namesake, was murdered by a terrorist in Tel Aviv.

“President Biden was actually in Israel about a mile and a half from Taylor Force when he was murdered, and he spoke out about that immediately and has been a forceful advocate for doing justice by Taylor Force and making sure that we are making good on the obligations that we have under the Taylor Force Act,” Blinken said.

Rep. Ilhan Omar (D-MN) confronted Blinken about the sanctions the Trump administration placed on the International Criminal Court and its prosecutor in response to the ICC’s efforts to investigate the U.S. The Biden administration has also argued that the ICC is acting outside of its jurisdiction by investigating Israel.

“We’re currently reviewing those sanctions. We want to make the best determination we can about the way forward in terms of engaging the ICC,” the secretary of state responded. “We discussed… our deep concerns about some of the ICC’s efforts to exert jurisdiction in areas where we believe they don’t or should not have it. But it would also be good to have a productive relationship with the ICC, and it’s something we are reviewing.”