Despite vocal support from parts of the Democratic Party, some senators appear skeptical 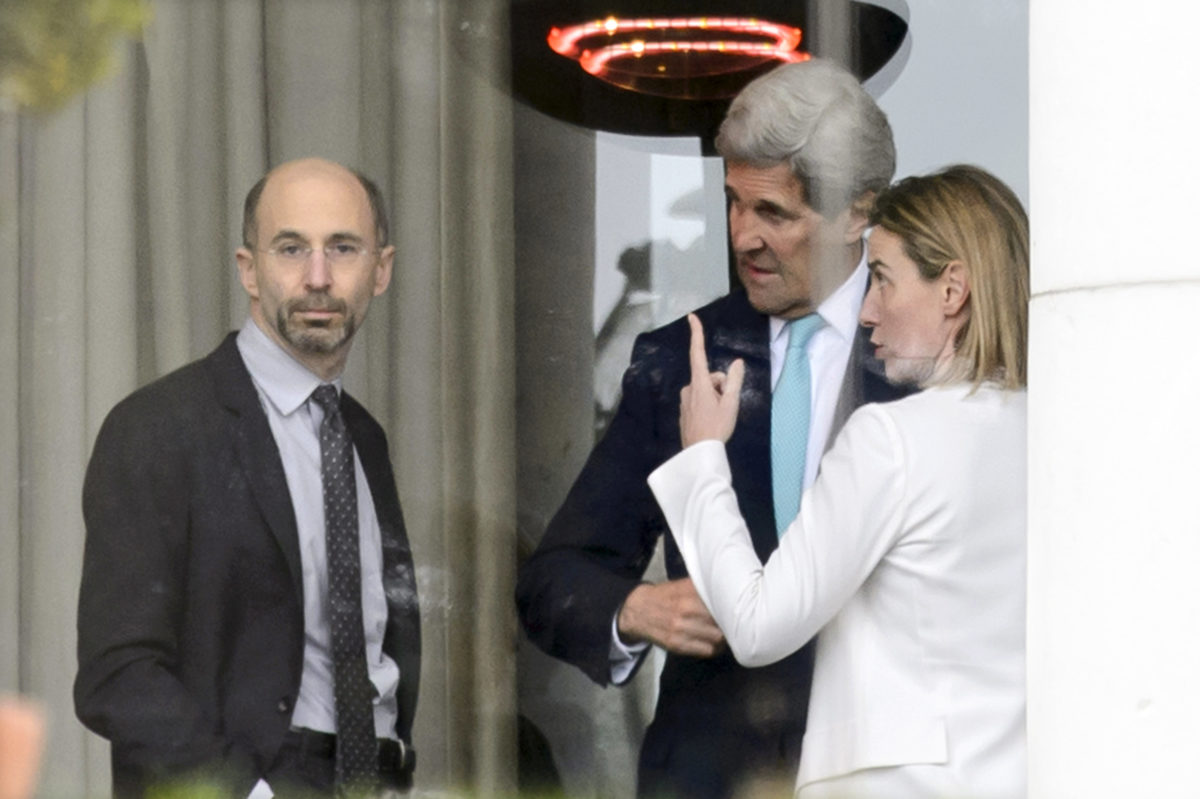 Robert Malley stands next to the EU's Federica Mogherini and then-U.S. Secretary of State John Kerry amid the Iran nuclear talks in Lausanne, Switzerland in 2015.

Robert Malley has reportedly been chosen as the Biden administration’s envoy to Iran, confirming a report from Jewish Insider last week that the former Obama administration official was under consideration for the role. Malley, a veteran foreign policy analyst who is currently the president and CEO of the International Crisis Group, was one of the key negotiators of the 2015 nuclear deal with Iran.

“Secretary Blinken is building a dedicated team, drawing from clear-eyed experts with a diversity of views. Leading that team as our special envoy for Iran will be Rob Malley, who brings to the position a track record of success negotiating constraints on Iran’s nuclear program,” a senior State Department official told Reuters. “The secretary is confident he and his team will be able to do that once again.”

The New York Times cited a senior State Department official who said that Malley and other diplomats’ first step, before approaching Iran, will be to consult with leaders in the Middle East, Europe and Congress to hear their concerns.

Over the past week, a number of prominent progressive Democrats coalesced behind Malley, while Republicans and some moderate Democrats criticized him for his close relationships with Iranian leaders and for meeting with members of Hamas — which cost him his role as an advisor to President Barack Obama during the 2008 presidential campaign.

“You can’t do better than Rob Malley,” Sen. Chris Murphy (D-CT) told Jewish Insider on Wednesday. “He knows the region. He’s willing to think outside of the foreign policy consensus. He has a lot of friends on the Hill. Whatever Rob Malley is being considered for, I’d be supportive. I’ve relied on him a lot during my time in the Senate.”

“Malley would be an odd choice. I say so since our ability to navigate the Iran issue from Congress will be largely dependent on the administration’s willingness to consult about their approach/decisions,” one aide said. “While some Republicans are already struggling to outflank each other from the right on anything Biden does, having an envoy that is viewed as moderate and restrained would be to everyone’s advantage.”

One Democratic senate staffer said that moderates are hesitant to speak out the pick publicly, despite some reservations.

“The consensus is that the criticism isn’t totally off-base but is a little overblown, so folks aren’t going to pile on,” the staffer said. “At the same time, he’s disliked enough in pro-Israel circles that it isn’t worth it to make a nuanced case about the criticism. It’s not like anyone truly loves this guy, either. And at the end of the day, [President Joe] Biden and [Secretary of State Tony] Blinken are in charge and we trust them.”

Moderate Senate Democrats were, at least publicly, remaining quiet about Malley ahead of Thursday’s news. A spokesperson for incoming Senate Foreign Relations Chairman Robert Menendez (D-NJ) — who expressed skepticism about the Biden administration’s plans to rejoin the Iran deal — declined to comment to JI on Wednesday.

Sen. Ben Cardin (D-MD) — who opposed the Iran deal in 2015 — declined to comment Thursday and told JI that he needed to refresh his recollection of Malley’s background. Sen. Chris Coons (D-DE) told JI on Wednesday that he felt it was premature to comment on reports that Malley had been offered the position, adding that he planned to review reporting about Malley that afternoon. A spokesperson for Sen. Mark Warner (D-VA) also declined to comment.

Outside Congress, progressive leaders and groups rallied around Malley following backlash over reports that he was likely to become the administration’s point person on Iran. Nearly 200 academics, foreign policy professionals, organizations and others released a letter supporting Malley, describing him as “among the most respected foreign policy experts in the United States” and “an astute analyst and accomplished diplomat.”

“Those who accuse Malley of sympathy for the Islamic Republic have no grasp of — or no interest in — true diplomacy, which requires a level-headed understanding of the other side’s motivations and knowledge that can only be acquired through dialogue,” the letter continues. “As veterans of diplomacy and human rights work, and organizations that support the same, we hope that someone as capable and knowledgeable as Rob Malley is put in charge of fixing our broken policy towards Iran.”