Where do Israel and Saudi Arabia go from here?

After a purported meeting between Netanyahu and bin Salman, experts weigh in on the future of the relationship between Jerusalem and Riyadh 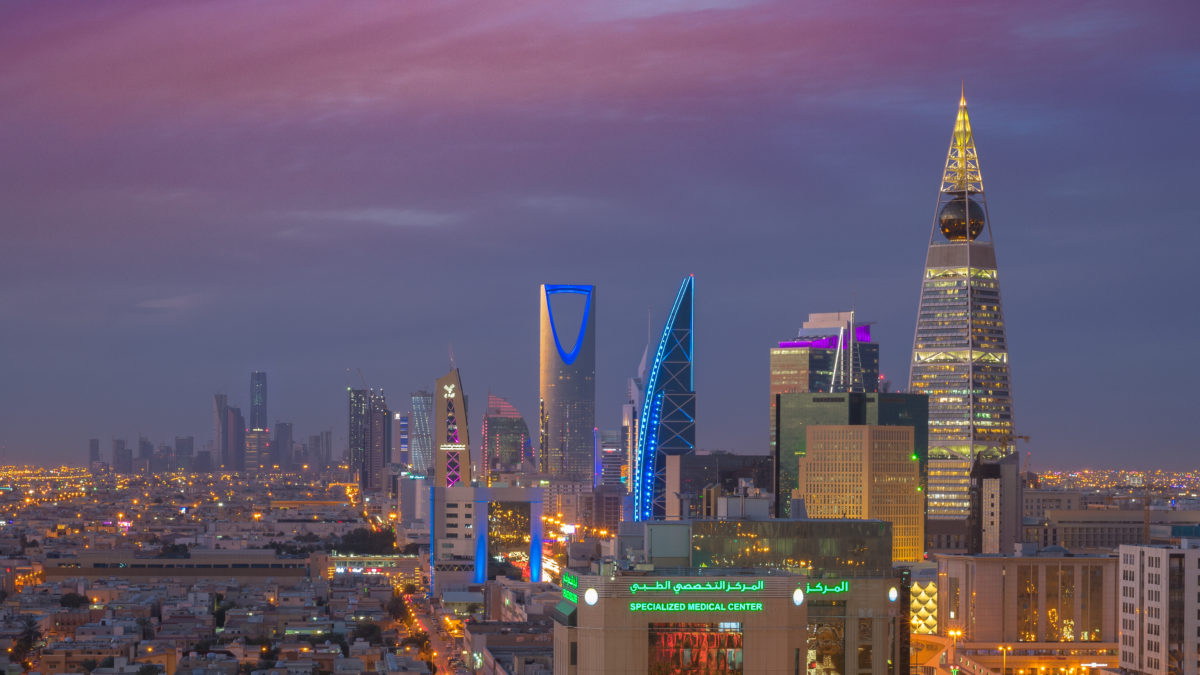 The city skyline of Riyadh at sunset in 2018.

While the Saudis denied the meeting took place, most observers are confident that the leaders did meet up, bolstered by flight tracking information showing a direct flight to the city from Israel. In a briefing with reporters last week announcing the normalization of ties between Israel and Morocco, senior White House advisor Jared Kushner said that a Saudi-Israel peace deal “is an inevitability.”

But what exactly is on the horizon for the relationship? Could normalization really be around the corner? And what will change when the Biden administration assumes office?

“There is, I suspect, much more cooperation than any of us know going on between” Israel and the Saudis, said Karen Elliott House, former publisher and managing editor of The Wall Street Journal and the author of On Saudi Arabia: Its People, Past, Religion, Fault Lines — and Future.

House, who has visited Saudi Arabia dozens of times over more than 40 years, told JI that Iran is clearly the top agenda item for Netanyahu and bin Salman, but the two leaders share other common concerns.

“[The Saudis] are very rightly enamored of Israeli technology, and I think they would like investments there,” she said. “I think that’s longer-term on the horizon — the Iranian issue is the pressing one.”

Susanne Koelbl, a longtime foreign correspondent for Der Spiegel whose book, Behind the Kingdom’s Veil: Inside the New Saudi Arabia Under Crown Prince Mohammed Bin Salman, was released in September, said there is one clear thing holding the Saudis back from an imminent peace deal with Israel.

“It has a lot to do with how the different generations look at the relationship,” Koelbl told JI. “It’s very difficult to imagine that Saudi and Israeli relations will be normalized as long as King Salman is alive.”

House suggested that if normalization were to take place in King Salman’s lifetime, “I would assume that that’s a sign the king is not very cognitive any more.”

Joshua Teitelbaum, a professor at Bar Ilan University’s Department of Middle Eastern Studies who has written extensively about Saudi Arabia, predicted that normalization between the countries is simply a matter of time.

“I think it’s definitely going to happen within a couple years — it’s really hard to say when, but I think it’s clear what the direction is,” said Teitelbaum, who is working on a forthcoming book about the Saudi military. “They need to agree on what the so-called price would be for Israel.”

That price, he speculated, could be “giving the Saudis some kind of role in Jerusalem,” or Israel taking steps toward recognizing the Arab Peace Initiative spearheaded by the Saudis.

But the more pressing issue for the Saudis, the experts agreed, is preparing for the incoming Biden administration.

“My impression is that they will try to use the card of keeping the Biden administration believing they’re moving toward relations with Israel,” House told JI, adding that the Saudis are also seeking to make it clear that “we have to be part of any new Iranian negotiation.”

Teitelbaum agreed that “what’s most important right now is for the two countries — I think more important than normalization — is to coordinate policy vis-à-vis the incoming Biden administration,” he said. “And that’s what they’re mostly concerned about right now.”

Biden and his advisors have “said quite forcefully that they’re not going to be as friendly to the Saudis and I think the Saudis will look to Israel to smooth things over,” he added. Riyadh’s immediate concerns, Teitelbaum suggested, include pressure from the U.S. on human rights, taking steps to eliminate American reliance on Saudi oil and potentially blocking or minimizing arms sales to the Gulf nation.

Koelbl said that when it comes to Biden — who has labeled Saudi Arabia a “pariah” — “the question is how much of that harsh language will materialize once he takes office.”

She noted that “there seems to be progress in the negotiations over the [Saudi] relationship with Qatar, and that’s certainly something the Americans are advocating for.” Sealing that deal soon, Koelbl suggested, would be “a message to the incoming Biden administration that ‘we want to have a good relationship, we want to work with you.’”

House noted that while she has traveled multiple times a year to Saudi Arabia over the past several decades, she hasn’t visited the country since last October due to COVID-19.

“So I don’t have the feel for how much pugnaciousness versus how much willingness to turn the other cheek to Biden they will have,” she said. “But they can’t afford to lose the U.S. relationship. And I think they’ll do what they can to preserve it.”

In 2019, House wrote an op-ed in the Wall Street Journal predicting an imminent public meeting and photo-op between Netanyahu and bin Salman. The encounter that transpired on the Red Sea coast last month, however, was a very different affair.

“I think if Trump had won [reelection], it might have been different,” House said of the clandestine meeting between the world leaders that purportedly occurred in late November. “But I think the Saudi crown prince is preparing for the transition” to the Biden administration. “I think they probably would have been willing to maybe go a little further right now, if Trump had been reelected,” posited House, “but most people in Saudi Arabia believe that King Salman just does not want to take this step.”

Koelbl suggested that the Saudis were angry Israel leaked news of the meeting because the topic of relations with Israel is not particularly popular in the country.

“There’s a big divide in Saudi Arabia whether they should have relations with Israel or not,” she said. “The younger people are actually more open to that, because they see the opportunities, they see the possible investments coming there… the Palestine cause is not something that feels relevant to their own lives.”

Ultimately, Teitelbaum said, the timing of normalization “is more of an Israeli-Saudi issue than an issue with the Americans. I think the Saudis are going to do it when they’re ready — they certainly wouldn’t rush into it right now.”

“The direction is very clear,” he added. “But the timing is not — and it’s dependent on so many things.”