Taddeo, a Florida state senator from Colombia, hopes to become the first Hispanic Jew elected to the House 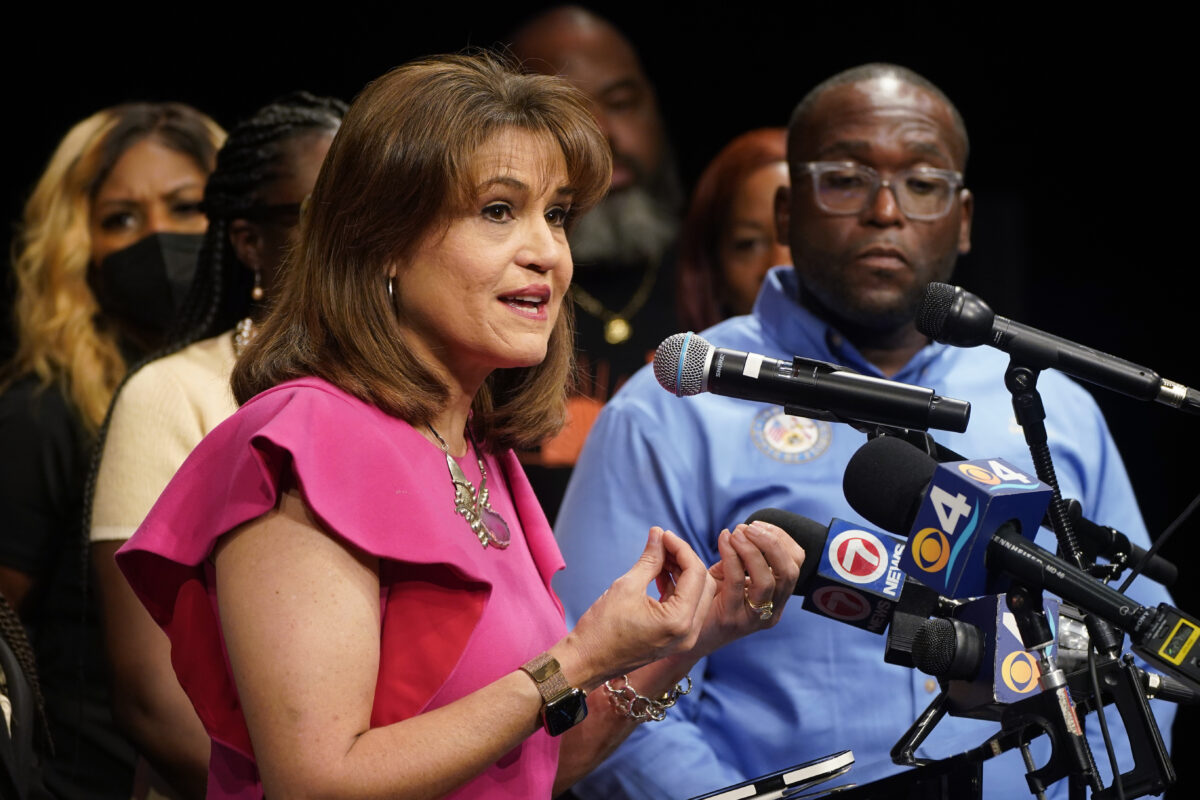 “I am proud to support my good friend Senator Annette Taddeo, who’s on the verge of making history as the first Jewish Latina ever elected to Congress,” Levine Cava, who is Miami-Dade’s first Jewish mayor, said in a statement to Jewish Insider on Monday. “For five years, she’s fought for our community in Tallahassee and despite being in the minority she’s always found ways to deliver results for all Miami-Dade residents. That’s exactly the type of fighter Miamians need in Washington, someone who will work across the aisle and always put Miami-Dade first to tackle the many issues facing the county.”

Levine Cava announced her support for Taddeo’s campaign this afternoon at a campaign event in Coral Gables, according to a spokesperson for Taddeo.

The mayor does not appear to have publicly backed any other candidates for federal office during the general election. Levine Cava had previously endorsed Taddeo, a native of Colombia, when she was running in Florida’s gubernatorial primary. In June, however, Taddeo pivoted to challenge freshman Rep. Maria Elvira Salazar (R-FL) in Florida’s redrawn 27th Congressional District, which covers a sizable portion of Miami-Dade County.

In a statement to JI on Monday, Taddeo said she was “humbled to receive the support of my good friend and our incredible County Mayor Daniella Levine Cava, the first Jewish and the first woman mayor to lead Miami-Dade with a long record of service and delivering results for communities all across our county.”

“When I am elected to Congress,” Taddeo continued, “I look forward to working together to ensure the mayor has the federal dollars she needs to continue tackling priorities such as affordable housing, public transit and climate change.”

Election forecasters have rated the matchup “likely Republican,” though recent polling suggests the race could be closer than expected.

Both candidates have emphasized their strong support for Israel, which has long been among the most salient issues in the heavily Jewish district.

In an interview with JI during the primary, Taddeo, who has long been involved in pro-Israel activism, suggested that Salazar had not established herself as a Middle East policy stalwart in the manner of previous officeholders who have represented the seat, including former Reps. Donna Shalala (D-FL) and Ileana Ros-Lehtinen (R-FL).

“I know that she is pro-Israel, so I want to be very clear,” Taddeo said. “That is not what I’m saying. I think what I’m saying is the leadership, the voice — the champion, is the right word — that I believe this area requires, she is not.”

But a spokesperson for Salazar’s campaign disputed that claim in a statement to JI last month, describing the first-term Republican as “a leader in Congress for Israel” who “has been one of the loudest voices in Congress defending the safety and security of Israelis every time Israel is attacked.”