‘Jewish Currents’ relaunch puts the Puffin Foundation in the spotlight 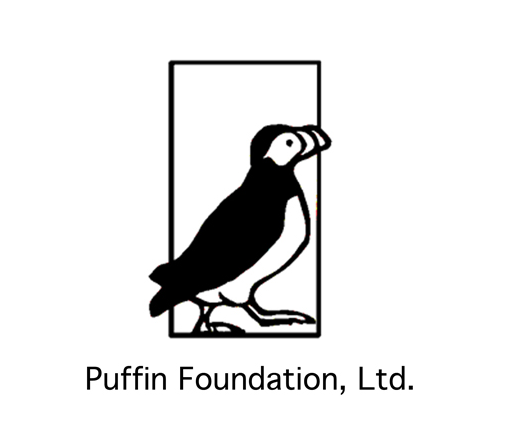 The Puffin Foundation has been around for more than 35 years. But the relaunch and expansion of Jewish Currents magazine could be the first time many heard of it. Like its namesake bird, the Puffin Foundation is colorful and relatively small, and unlike many private foundations today, committed to funding the arts and progressive journalism. Puffin also funds In These Times, Mother Jones, the radio program “Democracy Now,” the magazines Jacobin and Dissent and a nonprofit connected to The Nation magazine.

The foundation reported $4.4 million in distributed grants in 2018. Neal Rosenstein, Puffin Foundation’s vice president and the son of its founder, Perry Rosenstein, told JI’s Debra Nussbaum Cohen that the foundation’s funding priorities were likely to remain unchanged in 2020.

Why Puffin? The foundation was named in honor of Rosenstein’s late mother, Dorothea Rosenstein, who had a passion for environmental conservation and helped restore puffin rehabilitation colonies along the coast of Maine.

Nuts and Bolts: The foundation was formally established in 1983 and grew substantially after Perry Rosenstein sold his industrial fasteners company, Brighton-Best Socket Screw Manufacturing, in 2008, his son said.

Swimming Deeper: Funding to Jewish Currents and other grantees increased following the sale of the fastener business. Three years ago, the foundation gave the magazine endowment funding, Rosenstein said, though he declined to say how much. Puffin gave Jewish Currents’ parent non-profit, the Association for the Promotion of Jewish Secularism, close to $1 million between 2017 and 2018.

Other recipients of major Puffin funding in 2018 were the ACLU and Brick by Brick Partners, a non-profit focused on education, healthcare and social enterprise in Uganda.

Importance of Print: Puffin established Jewish Currents’ endowment to ensure it stays in print at a time when many publications, like The Forward, are going digital-only to cut costs. “We have a strong commitment to print,” Rosenstein told JI. “It lends a certain legitimacy and seriousness to the content. It adds a lot of gravitas to what it does and how they’re viewed.” In addition to publishing a quarterly print magazine, Jewish Currents publishes news, essays and reviews online on a near-daily basis.

Puffin Priorities: Arts and culture, in addition to journalism, are Puffin’s primary emphases. It runs the Puffin Cultural Forum, which invites performers and artists to exhibit at its gallery space at its Teaneck headquarters. It also gives an annual $100,000 Puffin Prize for Creative Citizenship to social activists — past recipients have included football player Colin Kaepernick and the teenage founders of March for Our Lives. Last year, the prize went to the Sunrise Movement, the advocacy group behind the Green New Deal.

Current at Jewish Currents: Plitman told JI that subscriptions to the publication have tripled since he came on board in 2017, bringing the current count to more than 6,000 subscribers. Its budget is also rising, Plitman says, from well under $500,000 a year to what he hopes will reach $1 million in 2020. The expanded budget enabled Jewish Currents to bring on several new hires, including Peter Beinart, had previously written for The Forward.

Bonus: A Columbia Journalism Review article titled “What Happened to The Forward? How America’s Jewish Newspaper Lost the Left,” analyzed what happened to the famed newspaper since laying off staff and going digital-only. Plitman told JI that he intends to make Jewish Currents “a community and a platform for the best and brightest of the progressive Jewish community.”