We have so much we’re doing before that,’ Pelosi told Jewish Insider on Wednesday 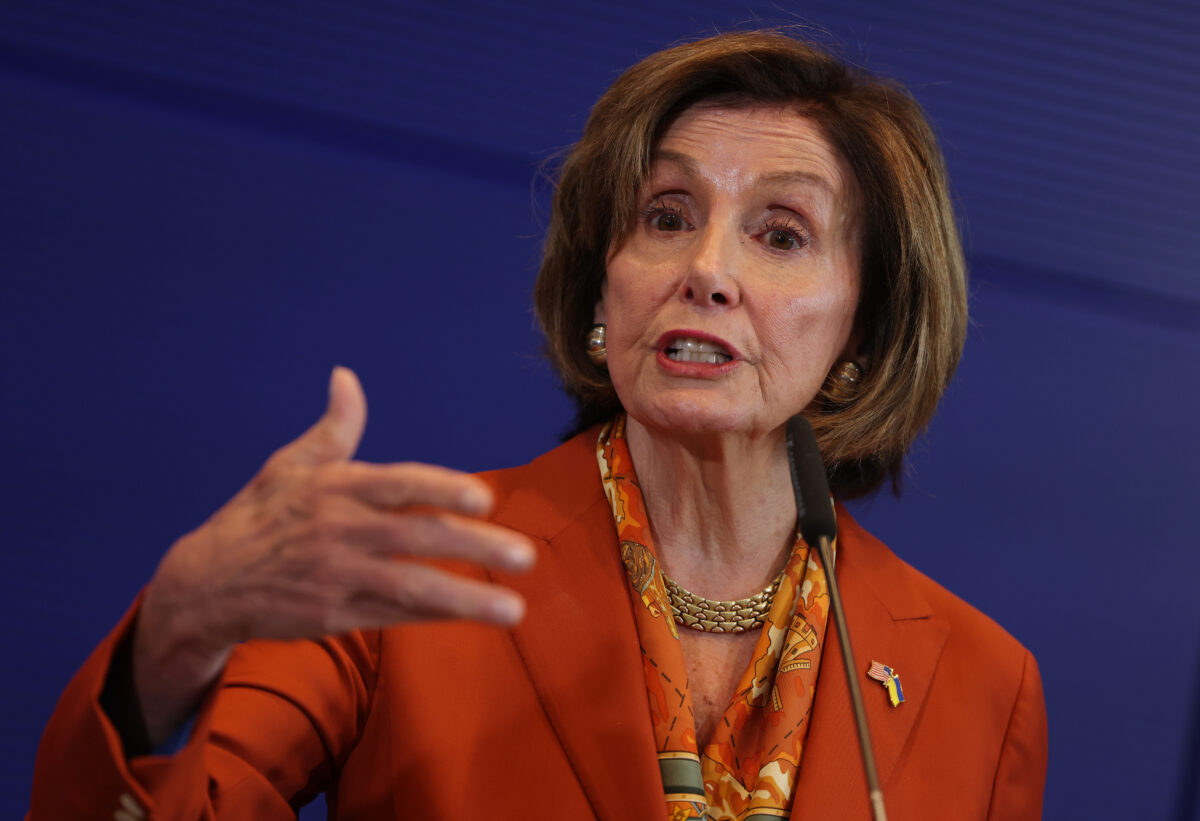 House Speaker Nancy Pelosi (D-CA) speaks to the media following a meeting of heads of parliaments of the G7 group of nations at the Reichstag on September 16, 2022, in Berlin, Germany.

House Speaker Nancy Pelosi (D-CA) declined to say on Wednesday whether she’d allow a floor vote on an Iran nuclear deal, should one be reached.

“We have so much we’re doing before that,” Pelosi told Jewish Insider. “I support the president, I support a nuclear agreement with Iran.”

The Iran Nuclear Agreement Review Act guarantees that Congress would have an opportunity to review a finalized Iran deal before it is implemented, but does not guarantee a House vote on the legislation or provide any special consideration to such a vote. House Democratic leadership effectively controls business on the House floor, meaning a vote would ultimately be at Pelosi’s discretion.

It’s not unusual for House leadership to be hesitant to comment on scheduling or telegraph plans for still-hypothetical votes. Democrats have a number of priority initiatives they aim to pass before the end of the year, including extending funding for the government, and scheduling for those items is still largely unknown. The House will be in recess in October and early November. When, or even if, a nuclear deal with Iran will be reached also remains in question, with some recent speculation indicating that it will not come before the midterm elections.

Opponents of the Iran talks have suggested, however, that the administration may be aiming to avoid a Congressional vote on a potential deal.

Pelosi and other House speakers traditionally avoid allowing floor votes that they expect their party to lose. With nearly all Republicans opposed to a deal and a handful of committed Democratic opponents, there may be sufficient votes in the House to advance a motion blocking it on a simple majority vote.

Procedures are different in the Senate, where individual senators have more ability to seek to bring legislation to the floor.