The former chairman of the U.S. Commission for the Preservation of America’s Heritage Abroad was replaced last week by television personality Star Jones Lugo 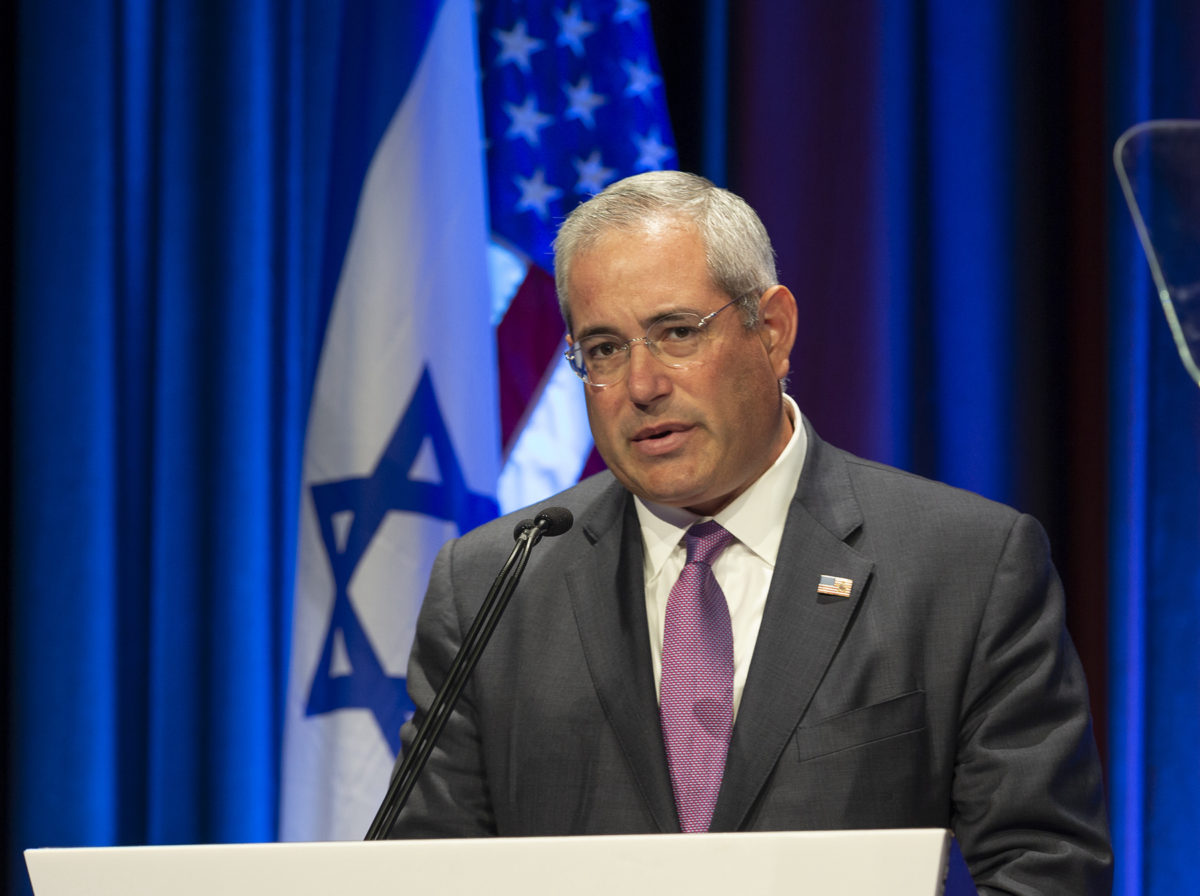 On Friday, President Joe Biden announced that he had selected the lawyer and TV personality Star Jones Lugo to lead the United States Commission for the Preservation of America’s Heritage Abroad, the government agency responsible for identifying and protecting historic sites in Eastern and Central Europe, including those connected to the Holocaust.

Paul Packer, until last week the commission’s chairman, says the high-profile appointment came as news to him.

Just hours before the announcement, Packer said he received a letter, written on behalf of the president, requesting that he resign from his position or face termination by the end of the day.

The missive from the White House, reviewed by Jewish Insider, was a surprise to Packer, who had been appointed by former President Donald Trump in 2017 and expected that he would remain in the role until his term was set to expire on Feb. 27.

Packer wrote back to Gautam Raghavan, the deputy director of the White House presidential personnel office, that he was “shocked” to receive the letter, according to correspondence he shared with JI. It was “incomprehensible” why the administration “would act this way,” he said, adding, “While I can understand your desire to appoint a new chairman when my term ends in February, I ask that you reconsider today’s threat.”

He says he has yet to receive a response.

“To be fired two weeks before Holocaust Memorial Day, I think, is inconceivable,” Packer said in an interview with JI on Monday afternoon, referring to the annual day of commemoration that takes place on Jan. 27.

For months, Packer, who is Jewish, said he had been leading efforts in coordination with foreign officials and senior leaders at the State Department to launch two projects tied to the occasion — commemorating mass graves in Poland and cemeteries in Lithuania.

His departure, he said, jeopardizes such efforts. “That’s why I was so surprised, with the rise of antisemitism in America, to get cut short with five weeks left,” he told JI.

“This is something where every single day now, there’s an average of at least a few Holocaust survivors who are passing away,” he said, “and it’s not only incumbent upon myself, it’s incumbent upon all of us, every American, to make sure that the words ‘never again’ really mean never again.”

Packer, who is a Republican, suggested that his dismissal was politically motivated, not least, he said, because the Biden administration had also terminated the other Trump-appointed board members on the commission.

“This administration took a bipartisan issue and made it very partisan,” Packer charged, “and that’s what’s disappointing.”

A White House official confirmed that a similar letter was sent to seven members of the board on Friday but did not respond directly to Packer’s allegations.

Among those forced out was Darren Beattie, a former Trump White House aide who was, over the objection of the Anti-Defamation League, appointed to the board in 2020 despite having previously attended a conference with white nationalists. More recently, he has promoted baseless conspiracy theories associated with the Capitol riot on Jan. 6, 2021.

In addition to Jones, Biden appointed six new board members to serve on the commission, including G. Jonathan Greenwald, a former longtime diplomat who is a member of J Street, and Nancy K. Kaufman, who previously served as CEO of the National Council of Jewish Women.

Despite his disapproval of the manner in which the White House had handled his ouster, Packer said he was nevertheless “honored to see that a TV star” was replacing him.

Jones, an original co-host on “The View,” will also take over as the judge on the 24th season of the long-running syndicated TV show “Divorce Court” this September.

“I guess the commission has garnered so much attention and has really elevated itself over the last four-plus years,” he told JI. “We really are voices for the Six Million.”

Packer said he was proud of his efforts to encourage Holocaust remembrance abroad, including, among other things, a memorandum of understanding in which the Republic of Georgia agreed to partner with the U.S. to renovate a Jewish cemetery. “It’s been an unbelievable run,” said Packer, who now lives in Florida and is a managing member of Globis Capital.

“This is something that was a labor of love,” he said of the unpaid role with the commission. “I had more satisfaction over the last four-plus years doing this than probably any personal satisfaction that I’ve ever had on Wall Street.”

Though he is no longer with the commission, he said his work is not over. “As a proud American and a proud Jew and somebody living in America now,” he told JI, “my next step when it comes to this will just still be advocacy, advocating for those who were murdered.”