The Louisiana senator is currently the only sponsor supporting the legislation, which has bipartisan support in the House 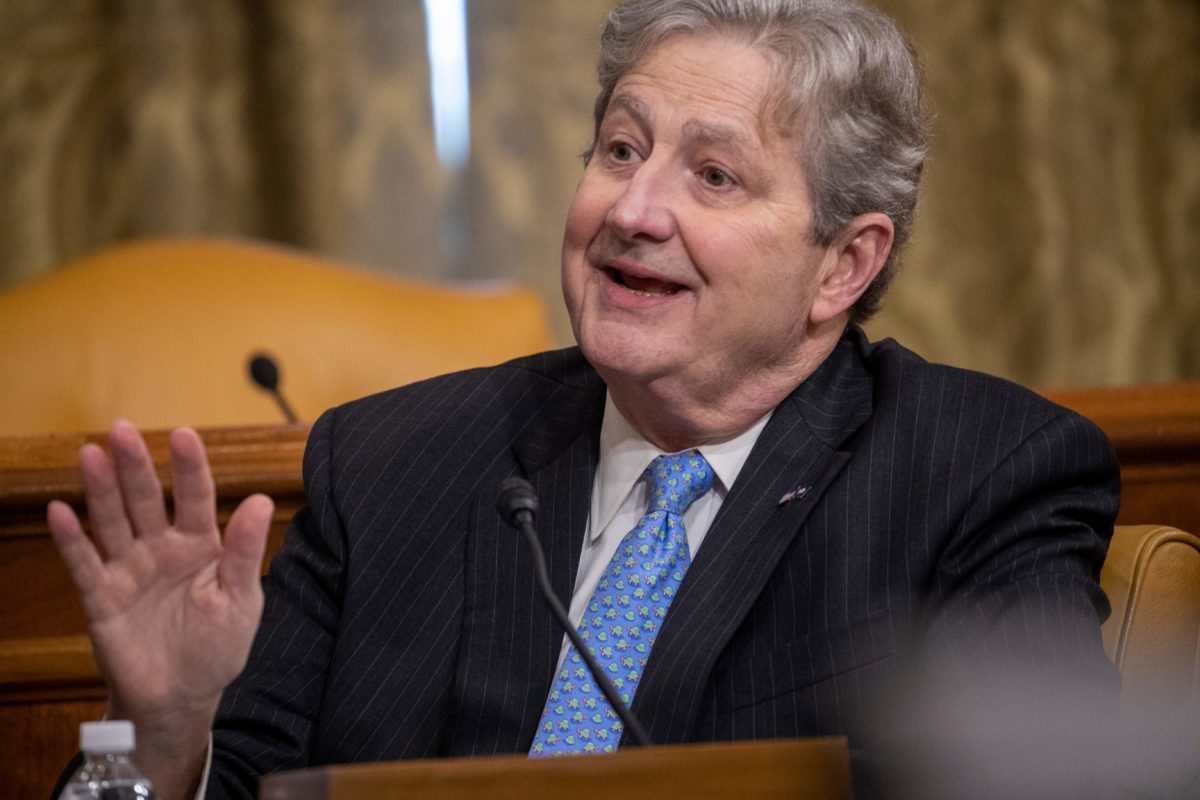 Rep. John Kennedy (R-LA) questions Acting Director of the Office of Management and Budget Shalanda Young a hearing to discuss President Biden's budget request for FY 2022 on June 8, 2020, at the US Capitol in Washington, D.C.

Sen. John Kennedy (R-LA) introduced a bill on Monday requiring annual State Department reports on the content of Palestinian Authority and United Nations Relief and Works Agency (UNRWA) educational materials and whether U.S. assistance is funding objectionable content, as the U.N. agency faces continued criticism for including material that encourages violence and intolerance against Israel and Jews in its curricula.

“The Middle East will never experience peace until Palestinians stop teaching their kids to hate Israel, and American dollars should not fund this anti-Jewish propaganda,” Kennedy said in a statement. “The Peace and Tolerance in Palestinian Education Act would give us a closer look at what Palestinian schools are teaching and whether or not American money is supporting antisemitism.”

Kennedy’s legislation is a companion to a bipartisan bill introduced by Rep. Brad Sherman (D-CA) in the House earlier this year. While Sherman’s bill currently has 27 Republican and Democratic cosponsors, Kennedy is, thus far, alone in the Senate, “but that doesn’t mean that additional senators won’t join on,” Kennedy spokesperson Jess Andrews told Jewish Insider.

The bill had significant momentum in the House in 2019, during the previous session of Congress, having been moved out of the House Foreign Affairs Committee without opposition. There has not been similar action in the Senate.

“I’ve worked on various bipartisan measures with Senator Kennedy and am happy to work with him again on this important issue,” Sherman told Jewish Insider. “I am grateful to Senator Kennedy for introducing the companion bill to my Peace and Tolerance in Palestinian Education Act in the Senate and look forward to this critical legislation passing.”

The California congressman added that the new administrations in the U.S. and Israel provide a key opportunity to address this issue.

“As new administrations in Washington and Jerusalem take a fresh look at steps towards peace, it’s vital to ensure that the U.S. takes every action available to prevent violent and anti-Semitic content from being taught to the next generation of Palestinians,” Sherman said.

Marcus Sheff, the CEO of IMPACT-se — which monitors the content of school textbooks for compliance with international standards and is supporting the bill — told JI his group plans to work on building support for Kennedy’s legislation in the Senate.

“We’ll be presenting our research and recommendations on the total absence of peace education for Palestinian children and the hate and encouragement to violence, taught every school day in PA and UNRWA schools to senators, as we have been privileged to be able to do with so many congressmen and women,” Sheff said. “We are sure Sen. Kennedy’s initiative will gain broad bipartisan support.”

Sherman’s bill is currently awaiting committee-level consideration in the House.