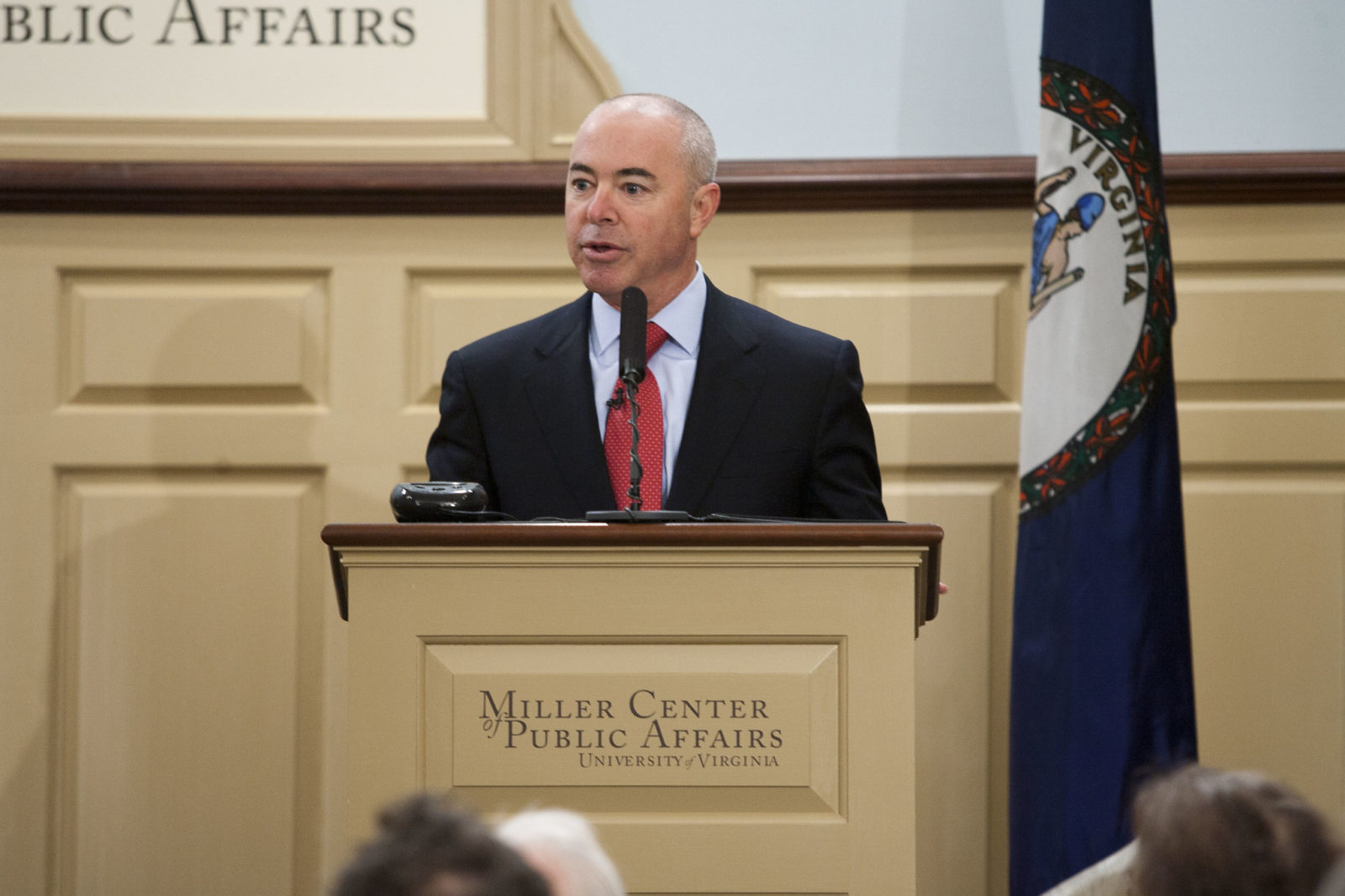 Mayorkas urged Orthodox Union leaders to deliver a message to members of the community to "be active in the world of security."

Leaders and members of the Jewish community should play a more active role in readiness and prevention of potential security threats on the homeland, Department of Homeland Security Deputy Secretary Alejandro Mayorkas said on Wednesday.

“The risk is s real. The imminency of it, I don’t want to be an alarmist, but we must treat the imminency of it as real,” Mayorkas told leaders of the Orthodox Union of America at the closing event of its annual leadership mission to Washington, D.C. “Homeland security grant funds are critical to equip institutions to address these issues, but $20 million does not cover the need throughout the country. It does require a community response and that means that we, all of you as leaders, must be leaders of the community in our security readiness and our security response protocols.”

Mayorkas urged the group of leaders to deliver a message to members of the community to “be active in the world of security.”

“I come from a tradition of a lack of security,” Mayorkas explained. “It instilled in me as a very young person was a sense of concern by virtue of my identity as a Jew. My mother, she tried to teach us not to speak of our Judaism outside of our Jewish community that was born of her tragic experience. My father was actually of a different school. He was a member of a very small Sephardic community in Cuba, and he used to talk about it all the time because no one in Cuba believed he was actually Jewish because there were only about eight of them.”

“We live in a time of what I see as increasing concern, not diminishing concern,” he continued. “If one takes a look at some of the political leaders that are ascending in power across the globe, it does not give me comfort for the safety and security of the Jewish community. I say that not about domestic politics, but rather some of the more extremist views that I see gaining popularity in other countries.”

According to Mayorkas, the FBI has over 1,000 active investigations of individuals in the U.S. whom they are watching because of signs of radicalization or association with radical Islamic groups.

At the event, concluding a day of meetings on Capitol Hill, Sen. John Hoeven (R-ND) received an award for his role — as chairman of the Homeland Security Appropriations Subcommittee — in bolstering American security in general, and the Jewish community in particular, through the federal “Nonprofit Security Grant Program.”