in it to win it

The city’s comptroller since 2014, Stringer has already earned endorsements from a number of progressive state legislators 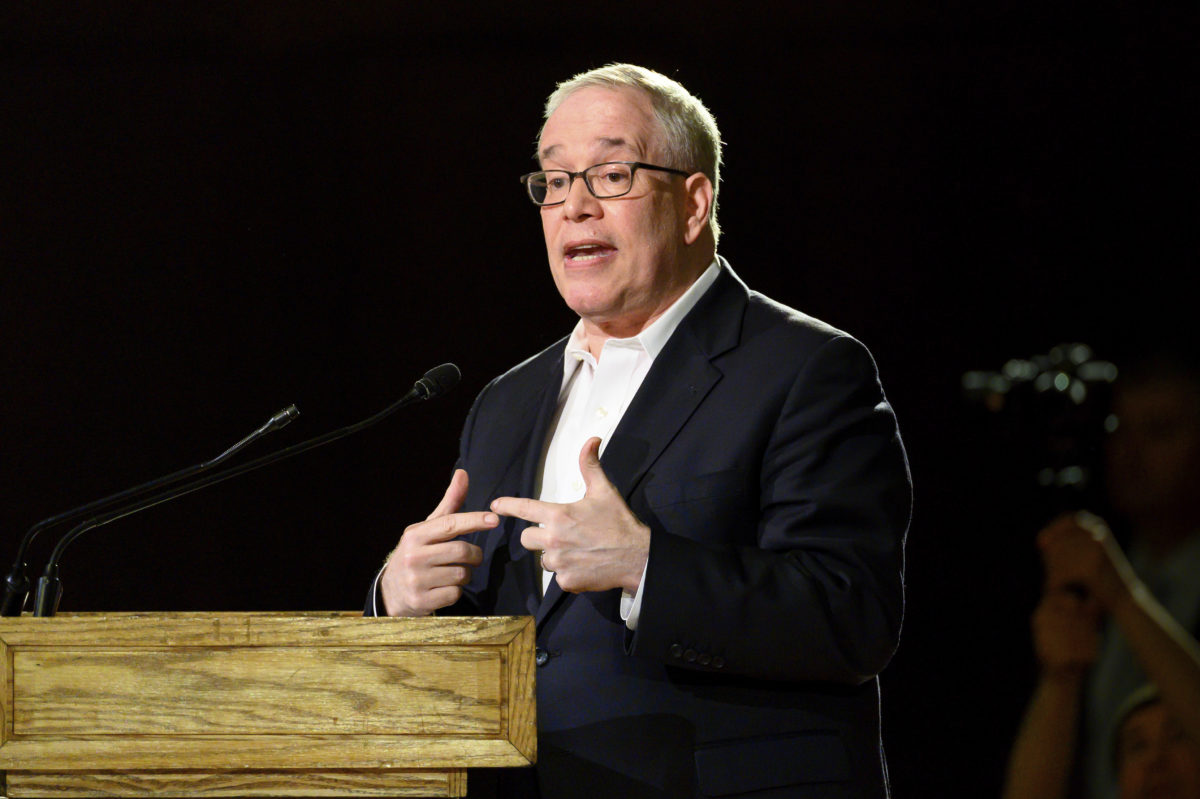 New York City Comptroller Scott Stringer officially kicked off his campaign to become the next mayor of New York City this week.

Stringer made the announcement at an event in the neighborhood where he grew up in Upper Manhattan on Tuesday. Flanked by progressive lawmakers, Stringer vowed to bring the leadership that is “as good, as tough, as creative, and as determined as its people” back to City Hall.

While he hardly mentioned the current mayor by name at the campaign kickoff, Stringer drew a stark contrast with de Blasio’s approach to the COVID-19 crisis, which is likely to be a key topic in the race. “Bringing leadership back to City Hall means that we cannot reopen the economy the same way we closed it,” Stringer said. “A city under my watch will have a well-run and responsible government that doesn’t waste tax dollars.”

Former City Councilman David Greenfield described Stringer as “sort of the Joe Biden of the race — an establishment figure who has a lot of political support” across the party.

Stringer, 60, was first elected to office in 1992 in the 67th Assembly district, which includes the Upper West Side and parts of Hell’s Kitchen. He succeeded then-Assemblyman Jerry Nadler (D-NY), who launched a successful bid for Congress. From 2006 to 2013, Stringer served as the borough president of Manhattan. In his 2013 campaign for comptroller, he beat former Gov. Eliot Spitzer in a hard-fought primary that was considered a longshot bid.

Assemblymember Linda Rosenthal, who succeeded Stringer in the state legislature, told Jewish Insider after attending the kickoff event that Stringer has been a frequent leader on progressive issues and, despite his long tenure in government, has regularly challenged the establishment. “That’s the kind of mayor that New York City needs — not someone [who] is going to just sit back and do what everyone else has done, or even worse, come in and espouse progressive change but then turn your back on progressive change as we’ve seen,” Rosenthal said, hinting at criticism that de Blasio has faced since coming into office.

Rosenthal also highlighted Stringer’s direct constituent outreach and relationships with a broad swath of minority communities across the city. “Scott, who went to public school, is used to dealing with the rich diversity that is the population of New York. It’s not alien to him to speak with the Black community, the Latino community or the Hasidic community. He gets along with everyone and he can understand where people are coming from, no matter what background they are,” Rosenthal told JI. “I think that’s one of the key elements that we’ll need going forward, someone who can reach out and have relationships with people from all over the city.”

Stringer, who is Jewish, was raised in Washington Heights by a single mother, Arlene Stringer-Cuevas, who recently succumbed to the coronavirus infection at age 86. His wife, Elyse Buxbaum, currently serves as executive vice president for strategy and development at the Museum of Jewish Heritage in Manhattan.

In a statement to Jewish Insider, Stringer noted that New York City is “home to the largest Jewish community outside of Israel” and that the Jewish community “is a powerful force for change in our city.”

“I’m proud of my Jewish heritage and how I’m raising my two sons to know our history, our faith, and our shared values of compassion, tolerance, and justice,” Stringer said. “Those values are critical as we fight to build this city back stronger than ever for my children and for all of our children.”

Stringer has already raised close to $3 million as an undeclared candidate, according to recent campaign finance board filings. His challenge will be to dominate in a race that is expected to be crowded with high-profile elected officials. For the first time, New York City voters will use ranked-choice voting to determine their legislators, a move that could benefit second-place finishers.

Asked by a reporter if he would seek an endorsement from the Democratic Socialists of America — which supported some of the lawmakers who have endorsed him but recently came under fire for a questionnaire that asked local candidates to agree not to travel to Israel — Stringer said he is “going to seek the endorsement of so many people, but to single out one group today as opposed to another, would take hours.”