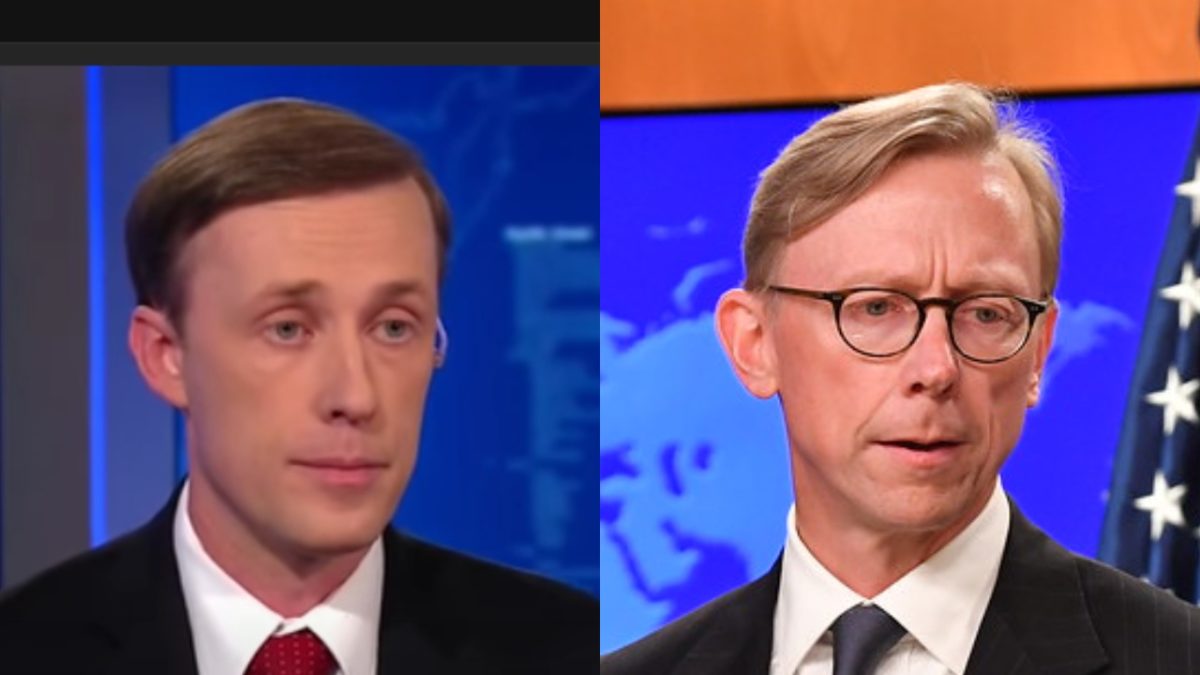 A former aide to Democratic presidential nominee Joe Biden believes the former vice president has a “durable way” to stop Iran from getting the bomb “without resorting to military force” — while restoring trust with U.S. allies and partners.

Over the weekend, President Donald Trump threatened to unilaterally impose “snapback” sanctions on Tehran following the U.N. Security Council’s rejection of a proposal to extend the arms embargo on Iran.

“[Biden’s] take on this is, let’s get back to diplomacy,” Jake Sullivan, who served as national security advisor to Vice President Joe Biden, said during a Zoom call hosted by Democratic Majority for Israel on Tuesday. “Let’s recognize that the formula that the Obama-Biden administration pursued, which was leverage diplomacy backed by pressure, is the kind of formula that can work again to make progress, not just on the core nuclear issues but on some of [the] other challenges as well.”

Sullivan, who helped establish back channel talks with Iran that led to the nuclear deal, maintained that Biden is committed to bring the Iranians back to the negotiating table “to negotiate a follow-on agreement that does materially advance the security of the United States, of Israel and of our other regional partners as well, and does hold Iran to account.”

Former Under Secretary of Defense for Policy Michele Flournoy suggested on the call that while the Trump administration’s “maximum pressure” campaign “has really put a lot of pressure on Iran, it hasn’t created any path to the negotiating table. There’s no offer, there’s no way for them to get back into negotiations.”

Sullivan suggested a possible Biden administration will have to work hard to convince the remaining parties in the JCPOA that “America has its constancy and the staying power when it gives its word that it can stand by” any new deal without fear it will be reversed by another administration. “I think Joe Biden will accelerate and amplify our capacity to repair these relationships and build back credibility and trust — because of his personal relationships, because of his immense personal credibility on the world stage and because he’s going to make it a massive priority,” Sullivan explained.

Commenting on the recently-announced Israel-United Arab Emirates accord, Sullivan said that from Biden’s perspective, such deals “should be what really guides American foreign policy, but also the foreign policy of our close friends and partners: Diplomacy first — continuing to do the hard grinding work of trying to overcome suspicion and obstacles, and get to durable diplomatic outcomes.” Sullivan suggested that the U.S.-brokered deal is a blueprint for how to face the threat posed by Iran, which is to engage in “hard headed, clear-eyed, effective and tenacious diplomacy, backed by pressure.”

Brian Hook, the outgoing State Department special representative for Iran, suggested during a webinar hosted by United Against Nuclear Iran on Tuesday that the U.S. withdrawal from the 2015 nuclear deal with Iran actually opened a path to broker the normalization deal between Israel and the UAE. “When you have the wrong Iran strategy, it is impossible to get peace agreements between Gulf nations and Israel because they don’t trust you,” Hook said. “And there’s no question that the nations in the Gulf and Israel viewed the Iran nuclear deal as a betrayal.”

Hook’s message to Sullivan: “We’re hopeful about a second [Trump] term… At some point there is going to be future administration. It’s very clear that you’ve got to get your Iran policy right if you want to make progress in the Middle East and if you have the wrong policy, that leads to all sorts of violence in the region.”

Former Sen. Joe Lieberman (I-CT), who serves as UANI’s chairman, remarked: “Iran has done nothing to earn a rapid reentry by the U.S. into that failed and flawed agreement or a rush into a new agreement that is not strong. The fact is that the region has changed — just look most visibly at the UAE-Israel agreement… It’s not Barack Obama’s Iran anymore, it’s not Barack Obama’s Middle East anymore.”