'I never anticipated’ that first House floor speech would be about antisemitism, ‘and especially that it would be from other members in our caucus,’ Luria told JI 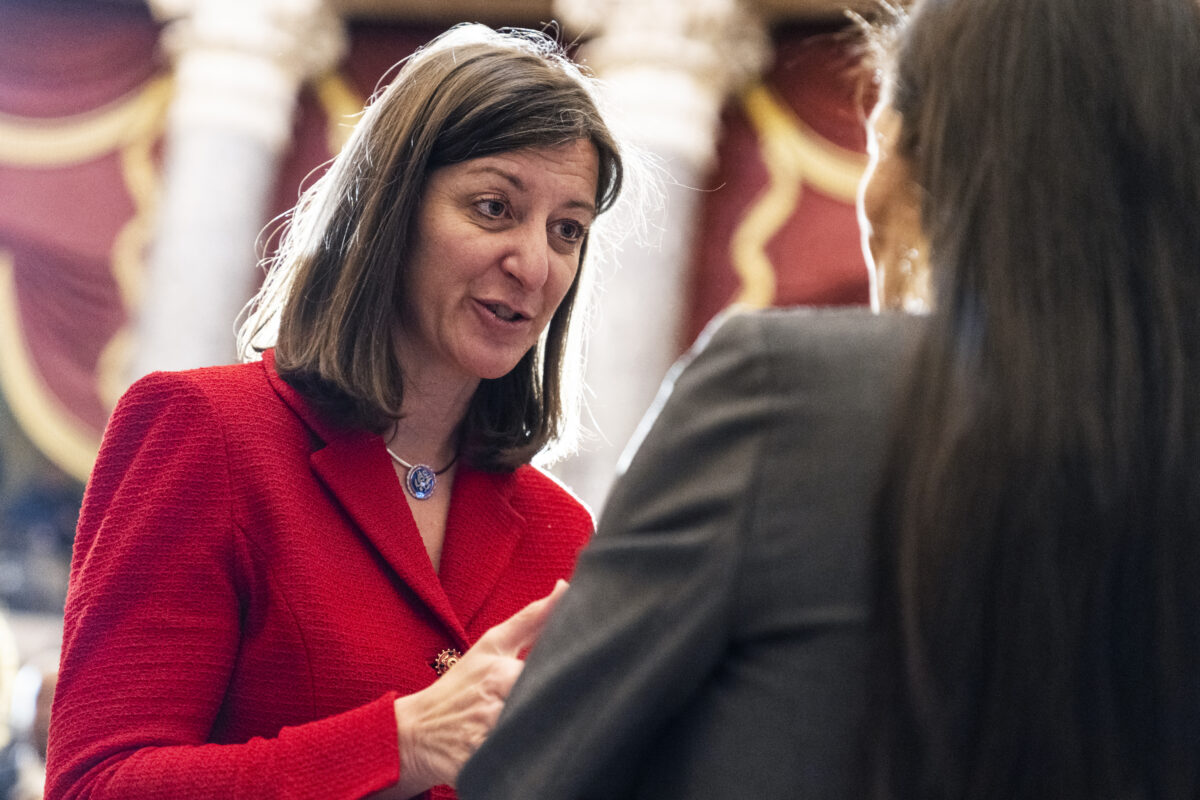 In two terms in Congress, Rep. Elaine Luria (D-VA) established herself as one of the House’s most prominent defenders of the U.S.-Israel relationship, as well as a vocal opponent of antisemitism, including among members of her own party. Luria, who lost reelection in November, spoke to Jewish Insider midway through one of her final days of House votes about her tenure in Congress.

Luria’s departure from Congress is set to deprive the House Democratic caucus of one of its most consistent pro-Israel voices, following a year in which former Rep. Ted Deutch (D-FL), left Congress, and other stalwarts retired.

Luria emphasized that the vast majority of the Democratic Party continues to be supportive of Israel, except for “a very small number of people who happen to be very loud and who have had contrary voices.”

She added she has been encouraged by her conversations about the issue with incoming Democratic leader Rep. Hakeem Jeffries (D-NY), emphasizing his “very strong support” for the U.S.-Israel relationship. But she sees new challenges ahead.

Luria also cautioned against politicizing the U.S.-Israel relationship, which she said both parties have done. In 2021, a conservative group launched a five-figure ad buy suggesting that Luria and three other Democrats were unsupportive of Israel following a vote on an unrelated procedural motion that Republicans tied to Iron Dome funding. Luria called the move “absurd.”

In her closing speech on the House floor last week, Luria spoke about her efforts to push back on antisemitism, making implicit reference to comments by Reps. Rashida Tlaib (D-MI) and Ilhan Omar (D-MN) that became a flashpoint shortly after all three women entered Congress.

“I never anticipated, coming to Congress after 20 years in the Navy, that the first time that I would speak on the House floor would be on that topic, and especially that it would be from other members in our caucus,” Luria told JI.

Luria voiced frustration that Congress has sometimes struggled to produce condemnations of antisemitism that do not also include other forms of hate and bigotry, citing a 2019 vote to condemn antisemitism whose language was broadened to include “Islamophobia, racism, and other forms of bigotry.”

“My level of concern [about antisemitism] has continued to grow over the course of my time in Congress,” she continued, pointing to issues among both House caucuses, as well as on college campuses and elsewhere.

“It’s become such a pervasive mechanism for political attacks. All the references to [George] Soros and a Jewish billionaire controlling this or that, pulling the strings,” she said. “All of these things harken back to very clear examples of antisemitism and stereotypes that have been used for decades, if not centuries.”

The issues, she argued, stem alternately from ignorance as well as from a “deliberate use” of antisemitic tropes. Combating antisemitism will require “leadership on both sides of the aisle,” she added.

Despite an overall better election cycle for Democratic candidates than most prognosticators had anticipated, Luria lost her election in southern Virginia by 3.4 percentage points. The Cook Political Report rated the district as R+3, a rating Luria claimed understated the actual Republican advantage in the district.

“The biggest factor was the redistricting,” she argued. “Looking back, I just think that the district [leaned] heavily to the other party. It’s a red district under the new lines.”

Luria said she has “no regrets about the way I ran the campaign,” including her emphasis on her service on the select committee investigating the Jan. 6 attack on the U.S. Capitol — which she acknowledged shortly after the committee’s formation might cost her her congressional seat.

The committee’s final report, released just ahead of the end of the congressional session, came too late for the House to act on its recommendations, which are likely to be discarded by the incoming Republican majority.

Luria said that the committee’s major legislative priority was reforming the Electoral Count Act, which she noted was part of the omnibus federal budget passed in the final days of the last Congress. But she also urged members of the committee who will remain in Congress to work with Senate colleagues who may be able to make progress on some of the committee’s other recommendations.

Luria spoke to JI the day after Israeli Prime Minister Benjamin Netanyahu announced that he had formed a government. “I think that perhaps as the new government forms in Israel, that people who are critics will find a lot of fodder to try to undermine the strength of the [U.S.-Israel] relationship,” Luria said. “So it’s even more important that people who do support maintaining a strong relationship… those people need to be vocal and engaged.”

She urged pro-Israel advocates to remain “vigilant” and engaged with members from both parties and said it is “really important” for new members to visit Israel on trips like the one organized by the AIPAC-affiliated American Israel Education Foundation.

As for her next steps, Luria is “leaving all doors open.”

“[There are] a lot of possibilities out there. I’ve talked to quite a few folks about different opportunities,” she said, “but I’m going to take some time to make a decision.”