The freshman member of Congress, who will helm a JCRC-NY delegation, called out efforts by far-left activists to pressure local officials not to travel to Israel 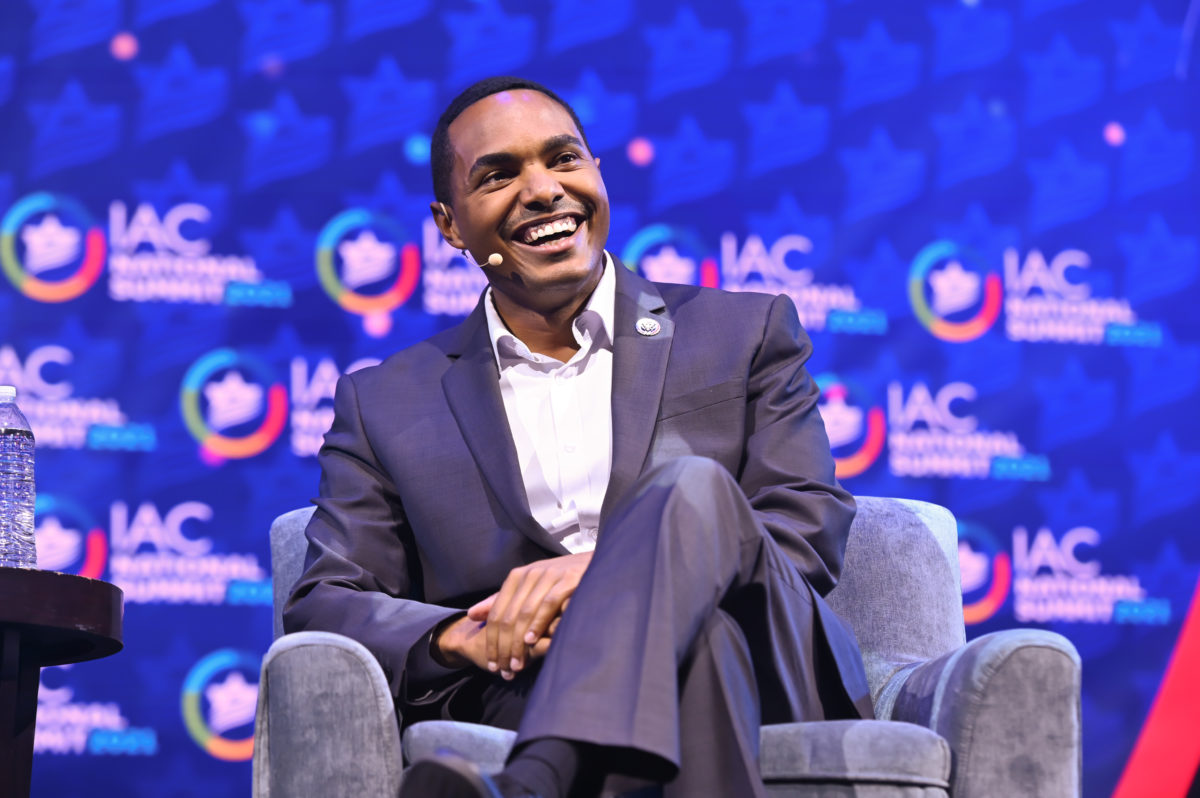 Rep. Ritchie Torres (D-NY) speaks at the IAC National Summit at The Diplomat Beach Resort on December 11, 2021, in Hollywood, Florida.

Rep. Ritchie Torres (D-NY), the freshman congressman who has gained a reputation as an outspoken progressive supporter of Israel, will lead a delegation of civic leaders from the Bronx to Israel in the coming days, he confirmed to Jewish Insider.

The trip is organized by the Jewish Community Relations Council of New York, the group that brought Torres on his first trip to Israel nearly a decade ago when he was on the New York City Council. The delegation is meant, in part, as a response to efforts by the New York chapter of the Democratic Socialists of America to persuade elected officials not to travel to Israel.

“A few years ago the DSA circulated a questionnaire pressuring elected officials to agree to a travel ban on Israel,” Torres told JI on Wednesday. ”There’s nothing the BDS [Boycott, Divestment and Sanctions] movement fears more than people traveling to Israel, and forming a broader view of Israel that transcends the caricature on Twitter.”

Bronx Borough President Vanessa Gibson and Bronx District Attorney Darcel Clark, the borough’s top two officials, will attend the trip. The other participants come from the private sector and the nonprofit world. Most are not Jewish, but the Bronx has a heavily Jewish enclave in Riverdale, a neighborhood that Torres will represent starting next year as a result of redistricting. He declined to say whether Rep. Alexandria Ocasio-Cortez (D-NY), who also represents parts of the Bronx and has been a vocal critic of Israel, was invited to be part of the delegation.

“The Bronx is home to a strong Jewish community and there are many in the Jewish community in the Bronx who care deeply about Israel, and we have a responsibility to represent their values and their lived experiences,” Torres explained.

Gideon Taylor, CEO of JCRC-NY, said that his colleagues “organized this study tour as a way to build bridges between Jewish and non-Jewish leaders in the Bronx.” Given the “complex diversity” in both Israel and New York, the trip will “demonstrate the ways in which different communities reach out and build bridges,” Taylor added.

The group’s five-day trip will coincide with Israel’s Election Day on Nov. 1, although political meetings will not be a focus of the trip. Several meetings will focus on Israel’s “innovation economy,” Torres said, and the group will also learn about “the trauma of Israelis living dangerously close to the Gaza Strip, the lived experience of Palestinians in the West Bank, Arab Israelis, Ethiopian Jews and the LGBTQ community in Israel.”

For Torres, the “most important moment” in any trip to Israel is a visit to Yad Vashem, Israel’s Holocaust memorial and museum. “At a time when antisemitism has risen to historic highs, the need to learn and relearn the lessons of Yad Vashem has taken on new urgency, and the world needs a reminder of where antisemitism can lead.”