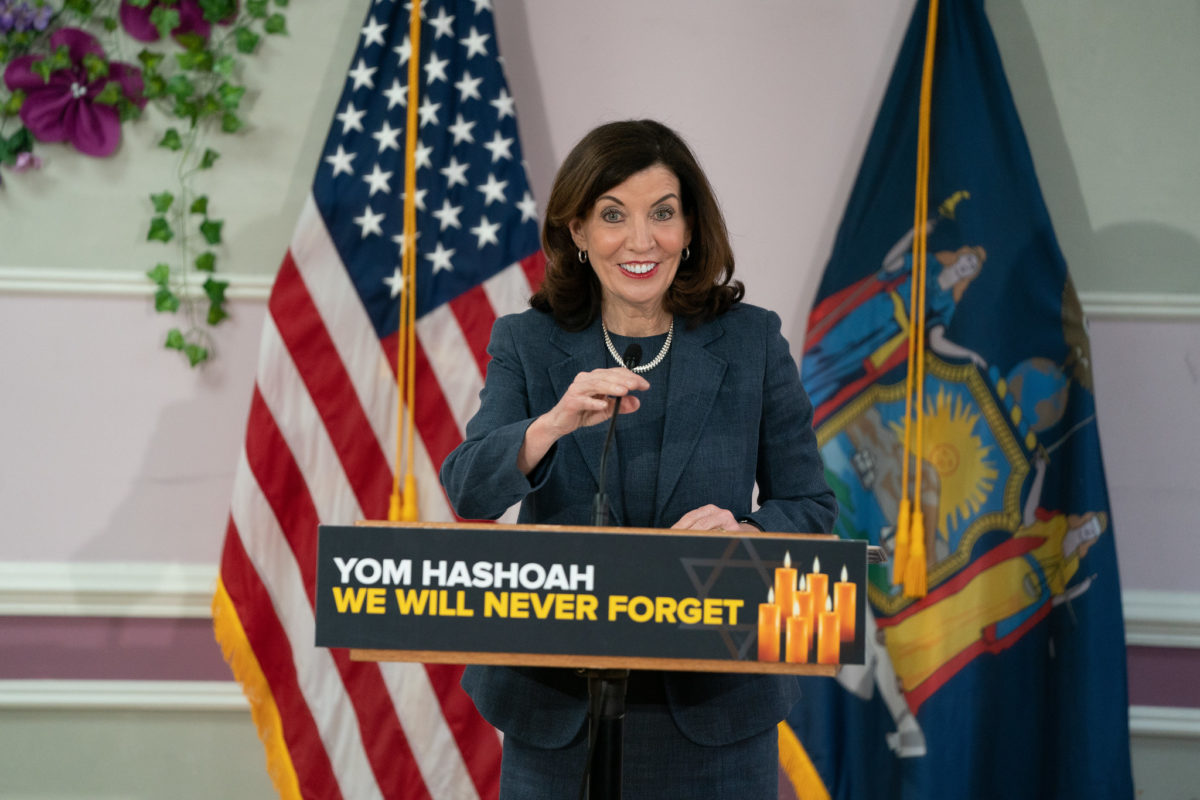 Governor Kathy Hochul announced $2.6 million in funding provided by the FY 2023 Enacted Budget to support the Holocaust Survivors Initiative at an event at the Boro Park YM-YWCA on April 27, 2022.

New York Gov. Kathy Hochul said she would work with the state legislature to pass the “important” Holocaust education legislation that is currently stalled in the Assembly, she told Jewish Insider on Wednesday afternoon.

The bill would survey schools to see which are providing Holocaust education, and ensure that all students in the state receive it.

“There are lessons to be learned [from Holocaust education],” the governor said after an event at the Boro Park YM-YWHA, with survivors in attendance. “And many of these 40,000 survivors in the city of New York right now, they have powerful stories of resilience… We can never forget the atrocities that people — because of their faith, who they were — were subjected to, in the last century.”

She added, “I personally believe that this education needs to be part of the curriculum, and people need to talk about these experiences. So we’ll work with the legislature. I hope they do get this done.”

The state Senate version of the bill passed unanimously out of the body’s Education Committee on Tuesday. It remains stalled in the Assembly, where it was the only item removed from a list of agenda items that were discussed at a Ways and Means Committee meeting earlier this week.

The governor was in Brooklyn to announce $2.6 million in funding for the state’s Holocaust Survivors Initiative to boost survivors’ access to health care services.

“We are here to recommit ourselves to supporting the survivors,” she said. “And it is our duty, not just as New Yorkers, but as citizens of the world. And it’s something I take very seriously. But while I’m governor — and I hope to be your governor a long time, God willing — I want to make sure we have the resources to take care of you. So I can say we should take care of people and help them thrive and do well. But we need to put money behind it.”