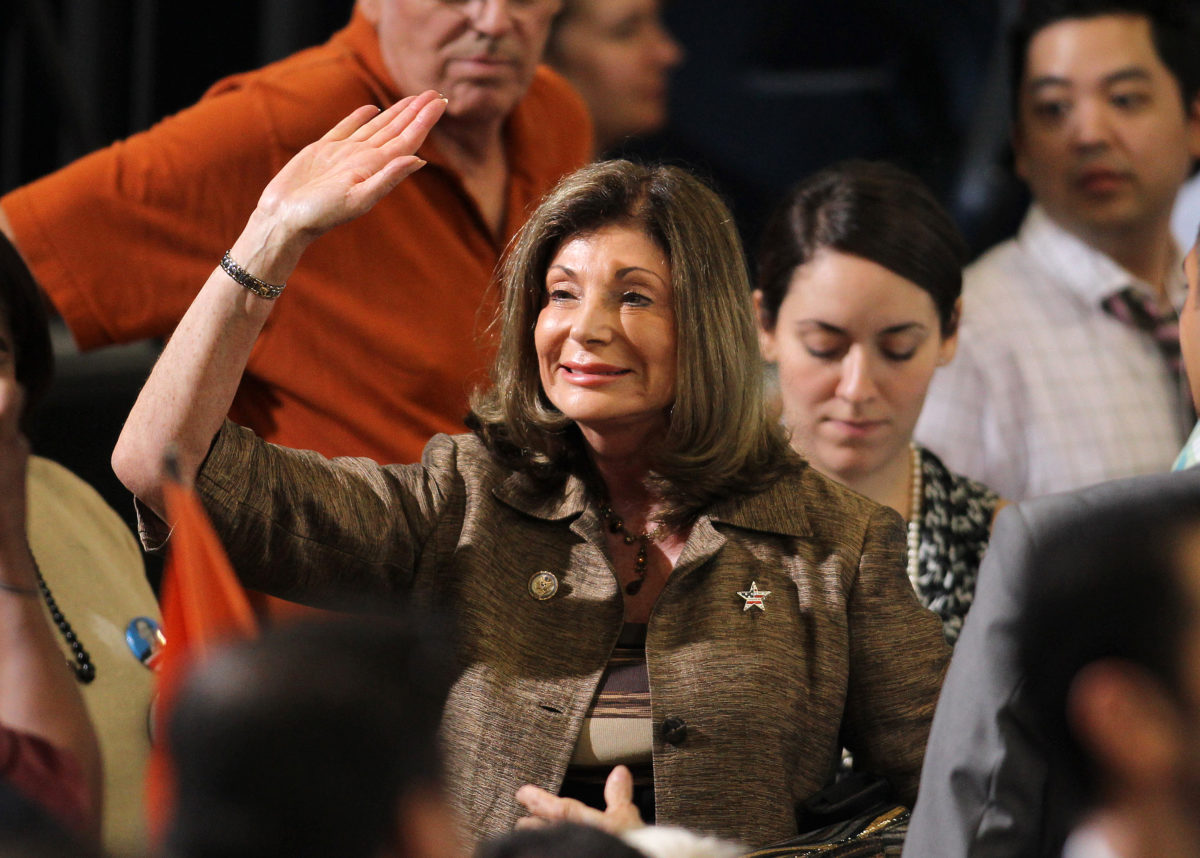 Rep. Shelley Berkley (D-NV) left politics nearly a decade ago. In that time, she has seen antisemitism increasingly consume elements of the political right — and is concerned that the same thing could happen in her own party. In her new role as the co-chair of the Jewish Federations of North America’s security and antisemitism committee, she wants to address the issue head-on.

“If you look at the right, they are as antisemitic as the Nazis,” Berkley, who represented Nevada’s first congressional district from 1999 to 2013, remarked in an interview with Jewish Insider on Thursday. “When you look to the left, there are Democrats on the far left that are just as hateful and antisemitic as on the right.”

“It upsets and angers me that there is a segment of the Democratic Party that is not only anti-Israel, but from their rhetoric there is no other conclusion than they are antisemitic,” she said. “It worries me on the left that mainstream Democrats are not taking a stand against the antisemitic, pro-BDS rhetoric coming out of the left,” she said, referring to the Boycott, Divestment and Sanctions movement that targets Israel.

Candidates aligned with the Democratic Socialists of America, which supports BDS, recently won control of the Democratic Party apparatus in Berkley’s home state.

As co-chair of the JFNA committee that leads the federations’ advocacy, education and training efforts fighting antisemitism and securing Jewish institutions, Berkley is attuned to the growing threats facing the community.

Berkley said she plans to actively oppose legislation like a recent bill from Rep. Betty McCollum (D-MN) that would place restrictions on U.S. aid and any BDS initiatives, as well as to support the National Security Grant Program and bills promoting Holocaust education.

“These issues are very important to me,” Berkley said, adding that she sees her new position with JFNA as a complement to her job as the chief executive officer and senior provost of Touro University’s Western Division.

As a legislator, Berkley was actively involved in Jewish community issues and was known as one of the most prominent pro-Israel members of Congress. Berkley left the House for an unsuccessful bid for Senate, later joining Touro.

Berkley said that right-wing antisemitism “once was a fringe” but is “becoming far more mainstream on the right,” pointing to incidents like the January 6 Capitol riot and the 2017 Unite the Right rally in Charlottesville, Va.

“Now, members of the Republican [Party in] Congress do not want to investigate that insurrection. The only conclusion is that they agree with it,” Berkley said, “or they would be far more anxious to get to the bottom of how that happened and ensure it never happens again.”

Berkley also reflected on the legacy of another major figure in Nevada and pro-Israel politics, Republican megadonor Sheldon Adelson, who died earlier this year.

Berkley and Adelson had a long and complicated relationship — she was a high-ranking lawyer for the casino mogul in the ‘90s, but the two split over a union dispute, and Adelson ultimately dedicated significant resources to her political opponents. A 2012 Politico article during Berkley’s Senate run described the two as “mortal foes.”

“One must give credit where credit is due. Some of the issues that came to the forefront under the Trump administration — moving the embassy to Jerusalem, which I have always supported, and initiating the Abraham Accords — I suspect came from Sheldon,” Berkley said. “Sheldon and Trump were very close allies. And I know that Sheldon had Trump’s ear. So I applaud those initiatives.”

Berkley praised the Abraham Accords, which normalized relations between Israel and several Arab states, as “a miraculous step forward,” which she hopes is expanded further.

“Imagine that region in the world if there was cooperation… Everyone will be better off for it,” Berkley said. “It makes absolutely no sense to continue these petty hatreds and refuse to recognize Israel’s right to exist. I don’t want to shock anybody in the Arab world, but Israel exists and it’s flourishing.”

The former congresswoman said she has confidence that President Joe Biden and his foreign policy team will continue to support the U.S.’s close alliance with Israel and create opportunities for Middle East peace.

“President Biden has been in public office at the forefront of foreign affairs for his entire career and almost his entire life… He has assembled a great foreign policy team,” she said. “As our most reliable ally and the only democracy in the Middle East, it is essential that Israel remain strong. And while they are certainly self-sustaining, it is the most important alliance in the world, the American-Israeli relationship.”