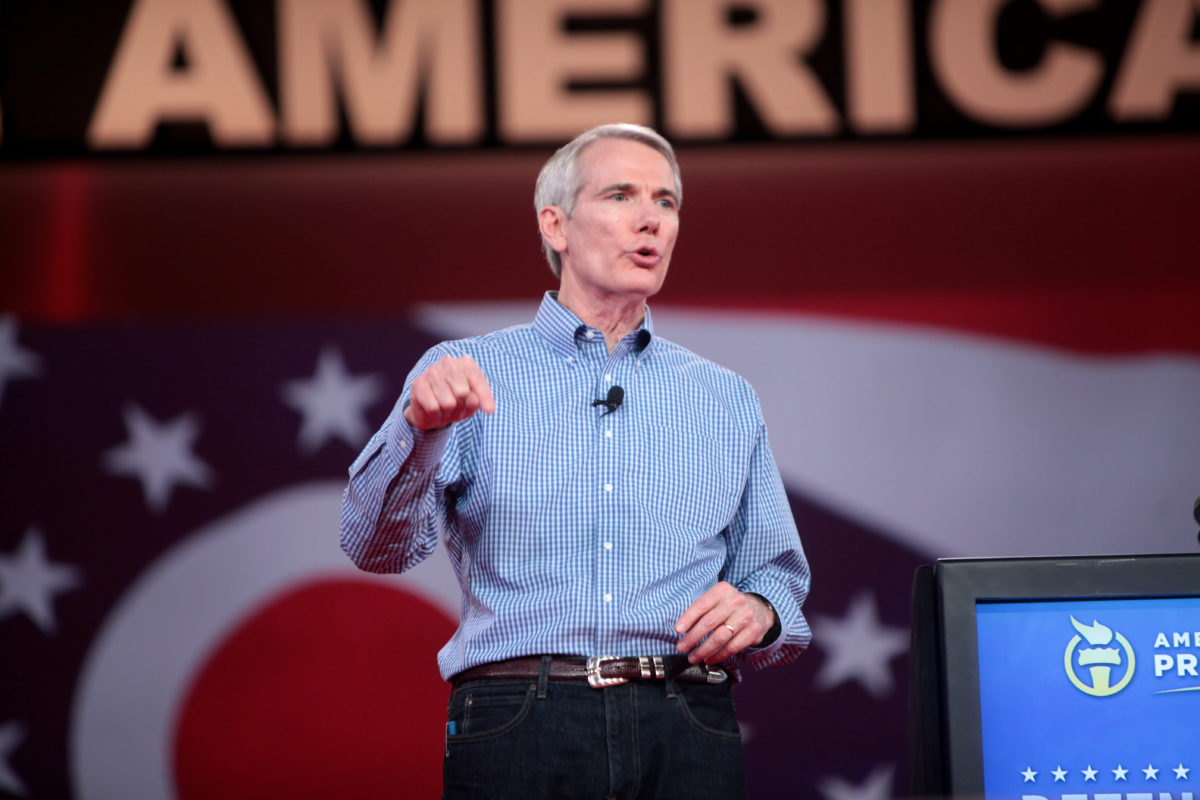 Portman, who announced earlier this year that he will retire at the end of his current term in 2022, has become a prominent moderate voice in both the Senate and his party.

The Ohio senator’s acknowledgment that changes within the Republican Party have alienated some Jewish voters came in response to a question about Josh Mandel, a Jewish Republican who is running to replace Portman; Mandel has embraced right-wing rhetoric and faced criticism from others in the Jewish community over his statements and positions.

“There are bipartisan issues that [members of the Jewish community] strongly support. And with regard to Israel, traditionally, Republican presidents have received more support than Democratic presidents from Israel and in terms of their policies,” Portman said. “There’s also a concern on so many other issues where the Republican Party has become more populist, in some cases more difficult for the Jewish community to support some positions. Immigration would be an example of that.”

He went on to emphasize that public officials need to speak up against antisemitism.

“I think that it’s really important as public officials we all speak out immediately, forcefully, without any equivocation,” Portman said. “Our party can never be a party that is viewed as supporting white supremacists or any other group that would be for antisemitism or discrimination.”

Earlier this year, Portman was part of a group of Republican lawmakers who met with President Joe Biden to discuss a potential compromise on the American Rescue Plan COVID-19 relief bill. The group has since accused Biden of negotiating in bad faith and failing to seriously consider their proposal. Biden has argued that the Republicans were not open to increasing their counter offer for the package.

“I’m very disappointed in the Biden administration… In terms of bipartisanship, they really have not done the outreach that I expect they would. And I’m surprised because that was part of candidate Biden’s campaign,” Portman said, though he expressed hope that a bipartisan compromise could be reached on the upcoming infrastructure package.

“I’m hopeful that we will see more bipartisanship going forward, but I haven’t seen it yet,” he added.

Portman said that, despite former President Donald Trump’s vitriolic tweets and vicious criticisms of Democratic lawmakers, Trump was more bipartisan than Biden has been, pointing to the fact that Democrats held the House of Representatives for the latter two years of Trump’s term and to the bipartisan votes in favor of both COVID-19 relief packages under Trump.

“I wouldn’t necessarily agree… that Donald Trump was more partisan. He was more edgy in his comments and more personal in his comments,” Portman said. “President Biden has been very careful to say very little and when he does say things, he says it in a more moderate tone. But I’m looking for real bipartisanship.”

As ranking member of the Senate Homeland Security and Government Affairs Committee, Portman has worked closely on the Nonprofit Security Grant Program (NSGP), which provides funding to nonprofits to improve their security measures and has particularly benefited Jewish community institutions.

The Ohio senator highlighted during the call that his state has received a higher percentage of the NSGP grants, in part due to high Jewish community interest in the program.

Portman — and his staff, in a subsequent email exchange with Jewish Insider — would not specify a target figure for NSGP funding for the 2022 fiscal year, but emphasized that demand for grants continues to outstrip funding.

“It’s oversubscribed. And it’s not a good data point that it’s oversubscribed because it means there’s a real need. I wish there weren’t but there is, and so we have to be responsive to it,” Portman said.

“Senator Portman will work to make sure the program is funded to meet its needs and continue working with his bipartisan colleagues to make sure that happens,” Portman spokesperson Emily Benavides added in a statement to JI after the press conference.

Major Jewish groups appear to have unified around a request for $360 million in NSGP funding for fiscal year 2022. Portman signed a letter last year calling for increased NSGP appropriations for 2021.