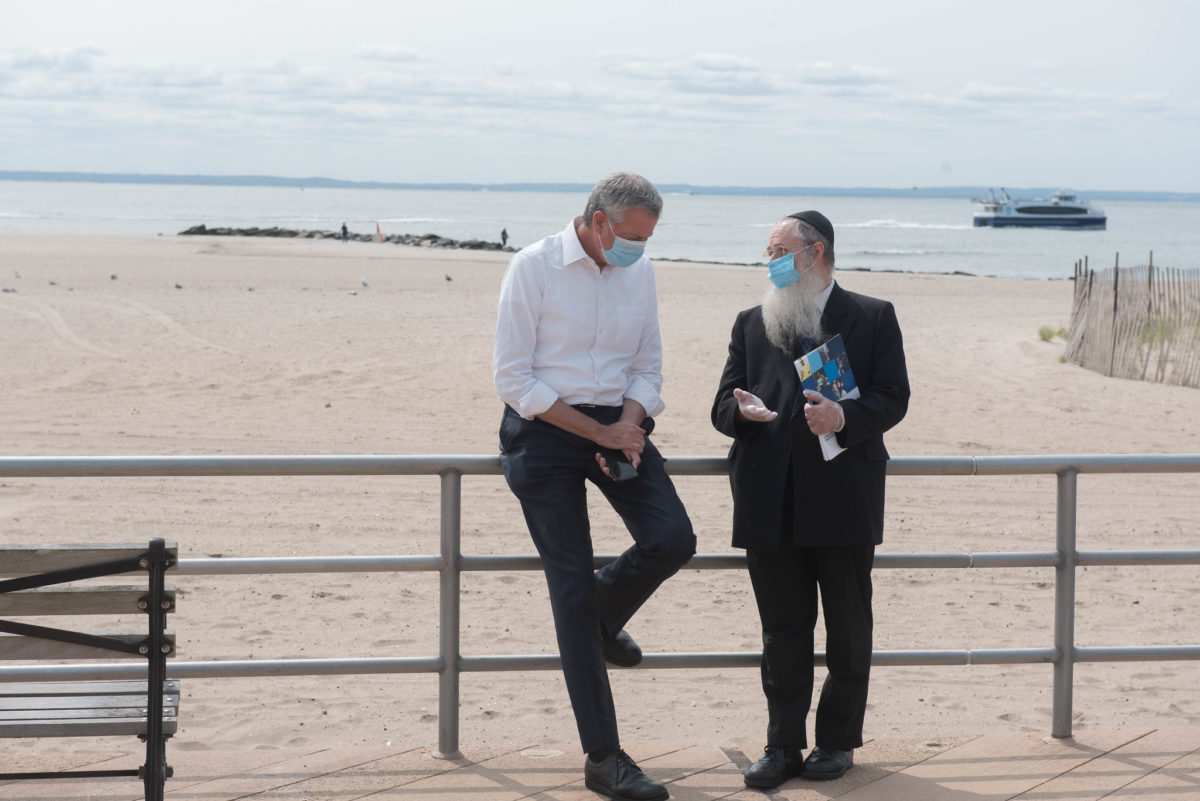 New York City Mayor Bill de Blasio met in person with Jewish community leaders at Gracie Mansion on Monday evening to discuss measures taken to stop the spread of coronavirus in areas of Brooklyn and Queens with large Jewish populations — and to press for a “positive reset” in relations, the mayor told Jewish Insider on Tuesday.

“It was a very moving meeting, a very productive meeting with a group of leaders from Brooklyn and Queens, some of whom I’ve known very, very well for as much as 20 years, and a very honest meeting,” de Blasio told JI during his daily briefing from City Hall. “I think what the meeting really helped me to appreciate is that so many people in the community have suffered and they need to know that we as the city government understand their suffering, understand the difficulties that the community has gone through, understand the fears that people have — rightfully — of discrimination, and that we need to hear each other more and understand each other more.”

The mayor said he expressed his “regrets” about the approach he took in responding to the recent uptick in positive cases, which led to tension between city and state government and residents of the “red zones” with higher levels of COVID-19. “I look back now and understand there was just more dialogue that was needed,” de Blasio told JI. “I certainly got very frustrated at times when I saw large groups of people still out without masks. But I think more dialogue would have been better. So I certainly want to express my regret that I didn’t figure out how to do that better.”

De Blasio also repeated his apology for singling out Jewish community members for violating social distancing orders after he witnessed a large funeral in the Brooklyn neighborhood of Williamsburg in April. “I let my frustration and concern get away with me, and I should have been more careful in my language, and I’ve expressed my apology for that before,” he said.

This week’s meeting was first reported by a local Borough Park website, BoroPark24, and comes days after New York Gov. Andrew Cuomo held a conference call with Orthodox Jewish leaders from Brooklyn and Rockland County to discuss recent tensions between the communities and government officials.