Dr. Mitchell Katz warns that NYC may be forced into lockdown ‘as has occurred in Israel’ if social distancing measures are ignored 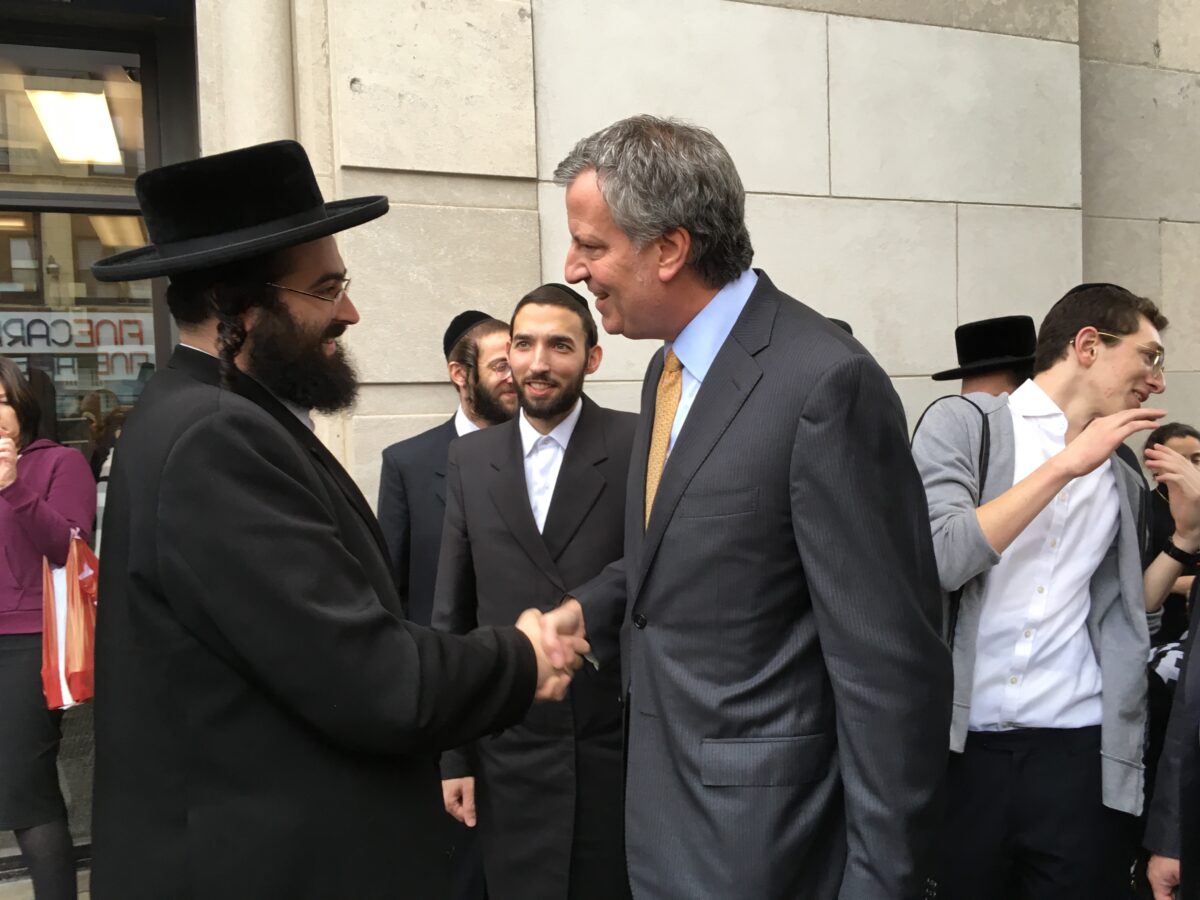 New York City Mayor Bill de Blasio pledged on Wednesday to increase outreach efforts to Jewish communities in Brooklyn and Queens, both to provide them with supplies and to enforce coronavirus-related restrictions amid a dramatic rise in new cases.

On Tuesday, the city’s health department announced that six neighborhoods in Brooklyn and Queens have reported a significant spike in new cases of COVID-19. The neighborhoods of Borough Park, Bensonhurst, Midwood and Williamsburg, which are home to a significant Jewish population, have been dubbed the “Ocean Parkway cluster,” and make up about 20% of all new coronavirus cases in the city since Saturday.

“We have the tools and the measures. We need a lot of cooperation from all the neighborhoods involved, but I want to be very clear this is something that requires urgent action,” de Blasio said during a daily briefing from City Hall. “And my hope is that everyone will work together to address this problem. This situation will lead to immediate actions today.”

Dr. Mitchell Katz, CEO of NYC Health + Hospitals, said the city has made more than 200,000 robocalls and engaged with community leaders, physicians, elected officials and residents to “improve outreach plans in that community and drive home our messages about physical distancing, wearing a face covering, staying home when you’re sick and practicing good health and hygiene.” Katz said the city has distributed more than 13,000 masks across the neighborhoods and placed ads in local publications — in both English and Yiddish — to “get the word out” and attempt “to prevent COVID from being spread.”

Earlier this year, de Blasio came under fire for singling out Jewish community members for violating social distancing orders after he witnessed a large funeral in the Brooklyn neighborhood of Williamsburg. In a heavily criticized tweet, the mayor warned “the Jewish community, and all communities” that police would take extreme measures to enforce COVID-19 restrictions on gatherings of all kinds. He later apologized for his “poor word choice.”

The mayor told Jewish Insider he is in constant contact with Jewish community leaders to make sure the guidelines are being followed. “There was a lot of enforcement in March and April,” de Blasio insisted. “No one wants to do it, but we have to do it when it is needed, and it had some impact for sure.”

“We want to do it productively, cooperatively,” de Blasio continued. “If some people don’t want to be helpful to their neighbors, then we will take stronger action.”

At the briefing, Katz warned that “in the absence of us doing the right thing, we will need to be in a lockdown-type situation as occurred in Israel because they haven’t been able to control the spread of the virus. We don’t want that,” he added. “We want people to wear masks. We want them to stay apart, to not have any large gatherings, because we don’t want to again have to close down businesses. We don’t want to have to have more restrictions.”

Katz shared with reporters that his Israeli father-in-law, the father of his partner, Rabbi Igael “Iggy” Gurin-Malous, died two days ago of the coronavirus. “I spoke to my mother-in-law this morning, she can’t even be with her own other son because of the lockdown [in Israel],” he noted.

Katz told JI his father-in-law, who lived in Tel Aviv, wore a mask and followed the social distancing guidelines, but likely contracted the virus during unrelated medical appointments. Katz said this tragedy is motivating him to caution people about the disease. “We can wear masks and comply with social distancing measures and still live our religious life,” he said. “We have talked about wearing masks as a way to protect yourself and protect others, but it’s also a way to make sure that the city does not have to go into lockdown. We shouldn’t close down businesses, schools, and have shelter at home orders when there is a way that is both effective and much less onerous for all of us.”