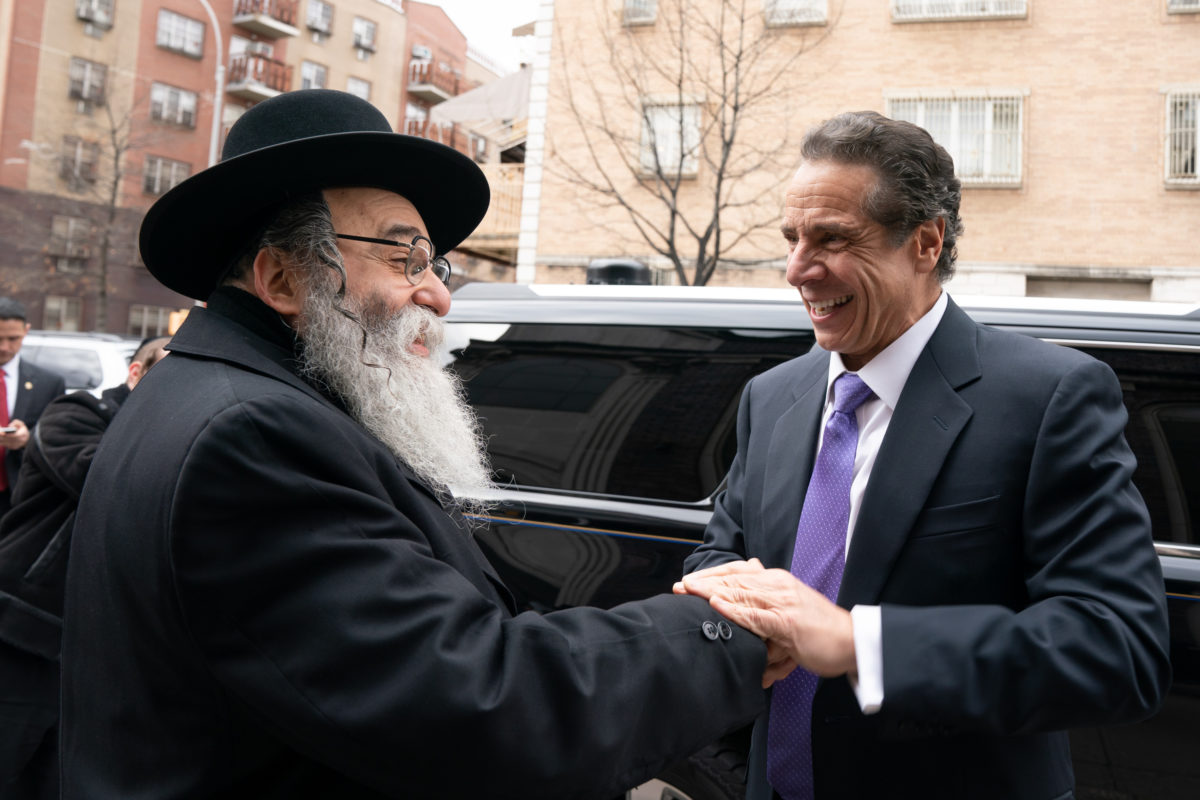 Governor Cuomo visited an Orthodox Jewish neighborhood in Williamsburg with Rabbi David Niederman to show support for the Jewish Community in the wake of the stabbing in Monsey - Jan. 1, 2020

In an effort to decrease tensions between New York’s Orthodox Jewish community and the state government, Gov. Andrew Cuomo spoke with community leaders on Sunday in response to measures taken to stop the spread of coronavirus in areas of Brooklyn and Rockland County with large Jewish populations.

The conference call came after Cuomo issued an order on Friday prohibiting the planned large wedding for the grandson of the Satmar Rebbe, Rabbi Zalman Leib Teitelbaum, planned for Monday in Williamsburg, N.Y. According to the governor, the wedding was rumored to draw as many as 10,000 attendees. Cuomo dismissed the reaction to his order on Sunday, saying he would gladly attend such a wedding next year once the pandemic is over.

Earlier this month, Cuomo imposed new restrictions on gatherings and limited attendance at houses of worship to either 25% capacity or a 10-person maximum following an uptick in COVID-19 cases in some neighborhoods in Brooklyn and Queens. Larger spikes in confirmed positive cases were reported in Orange and Rockland Counties. The move caused tension between the government and members of the Orthodox Jewish community, leading to two nights of violent protests in Brooklyn’s Borough Park neighborhood last week.

Participants on the call included leaders from both Satmar sects, the village of New Square, and the Orthodox Union. Participants described the conversation as “productive,” explaining that both the governor and the community leaders were open to a “reset” in relations in an effort to bring down the infection rate in the affected areas. One local leader, who wished to remain anonymous, told JI that Cuomo also discussed potentially reopening schools and non-essential businesses if positive test rates continue to decline.

Earlier Sunday, Assemblyman Simcha Eichenstein (D-Brooklyn) accused Cuomo of “shamelessly stoking the embers of antisemitism” and for using “divisive language” in response to the recent uptick.

A spokesperson for the governor did not immediately respond to an inquiry to confirm the details of the conversation.