An early test of Trump’s clout in Ohio special election

PayPal teams up with ADL to research, root out extremists, hate movements 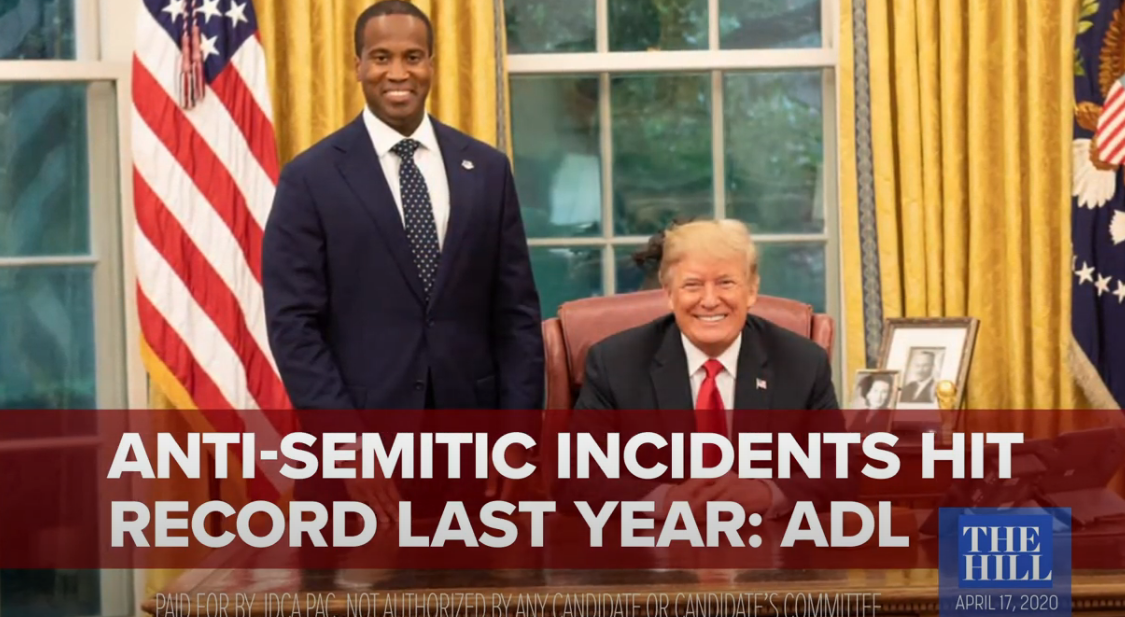 The Jewish Democratic Council of America is set to launch two digital ads aimed at Jewish voters in the states of Michigan and Georgia, targeting Republican senatorial candidates in close races ahead of the November 3 elections.

The ads, which were shared in advance with Jewish Insider, accuse Sen. David Perdue (R-GA) and John James, who is challenging Sen. Gary Peters (D-MI), of employing antisemitic tropes in attacks against their rivals. The ads are part of JDCA’s six-figure digital ad spend leading up to Election Day.

The 15-second video targeting James highlights a 2018 campaign ad in which a swastika briefly appears on screen — James later apologized for the symbol’s inclusion in the ad — and comments made by the candidate in June suggesting that the political establishment was “genuflecting” for the Jewish community.

Recent polling in the Michigan Senate race shows James beginning to close the gap with Peters, who is serving his first term in the upper chamber.

The ad targeting Perdue, who is fighting a challenge from Jon Ossoff, spotlights a July Facebook ad promoted by the Georgia senator, which included an image of Ossoff with an enlarged nose — a classic antisemitic stereotype. Perdue took down the ad after coming under fire for the image.

JDCA executive director Halie Soifer told JI that she expected Jewish support for Ossoff and Peters to increase as a result of allegations that the two Republican candidates “have invoked antisemitic language, imagery, and tropes in their campaigns.”

“There’s a reason these two ads are similar — sadly, Republicans are using antisemitism and other forms of bigotry as part of their political strategy in 2020,” she said.

In a candidate questionnaire submitted to JI last month, Perdue, who has maintained a slight lead on Ossoff in recent polling, touted his fight against antisemitism as a top priority. “I’ve been a friend of Israel and the Jewish community since I was very young,” the Republican senator averred. “Since I got to the U.S. Senate, I’ve made fighting antisemitism and all forms of bigotry a top priority.”