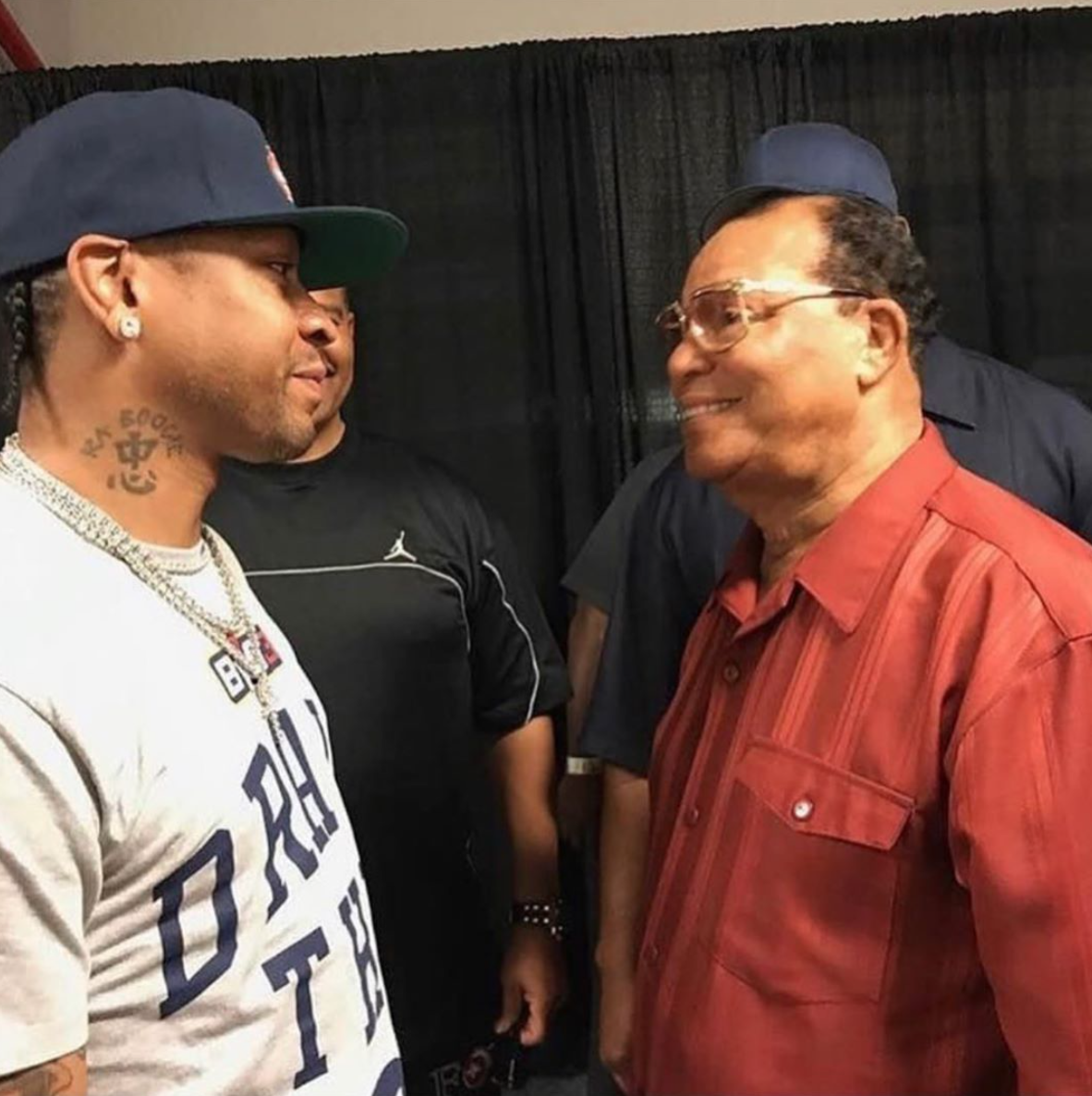 Allen Iverson and Louis Farrakhan in a 2017 photo posted by Iverson.

Farrakhan, the leader of the Nation of Islam, has long been decried for decades of public antisemitic remarks.

Iverson, who has more than 8 million Instagram followers, posted the photo showing him meeting with Farrakhan on an unknown date, accompanied by the comment “I didn’t choose to be black. I just got lucky!!! #BucketListMoment #LoveConquersHate #GoodDefeatsEvil”

In a post on Wednesday, the Anti-Defamation League (ADL) called Farrakhan the “most popular antisemite in America,” citing a speech on July 4 in which he urged his followers to “fight Satan the arch deceiver [and] the imposter Jews who are worthy of the chastisement of God.” The video of his remarks has more than 1.2 million views on YouTube.

Iverson played for four teams in his 14-year NBA career, including the 76ers, Denver Nuggets, Detroit Pistons, and Memphis Grizzlies. An 11-time all-star and recipient of the 2001 Most Valuable Player award, Iverson is considered one of the greatest players of his era, and was inducted into the NBA Hall of Fame in 2016.

An hour after posting, embattled fellow former NBA player Stephen Jackson, under his Instagram handle “@_stak5_,” commented on the post “Love u bro.” DeSean Jackson also initially liked the photo under his handle “@0ne0fone,” according to a screenshot, but later removed his like without explanation.

In the blog post, the ADL wrote that despite “messages that espouse hate and division,” Farrakhan “has been given a pass in mainstream society.”