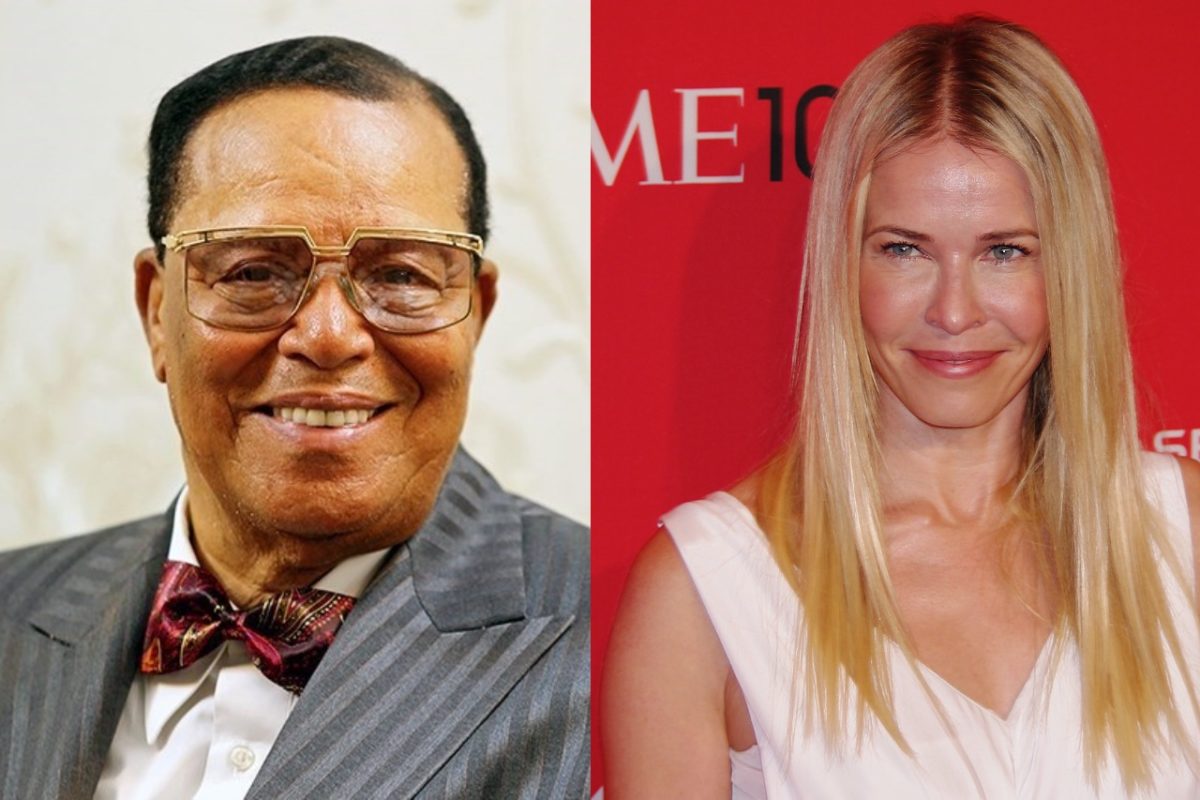 Comedian Chelsea Handler posted and then deleted a video of Louis Farrakhan on Instagram this week — but only after two days of doubling down amid a wave of criticism.

Before Handler deleted the video, it had reportedly been shared and liked by a wide range of other Hollywood celebrities, despite Farrakhan’s well-documented history of virulent antisemitism and homophobia.

Handler, who has close to four million followers on Instagram, posted the 10-minute video of Farrakhan on a 1990 talk show on Sunday, calling it “powerful.” Handler, who is Jewish, at first doubled down on her decision to post the video even when called out by commenters. “Perhaps Farrakhan’s anti-Semitic views took form during his own oppression,” she added in a comment. Responding to one person who asked if she would post a video of a message she agreed with from Adolf Hitler, Handler wrote: “no, because Hitler was responsible for killing millions of lives. Farrakhan is just responsible for his own promotion of anti-Semitic beliefs. They are very different.” Handler did not offer any public explanation for deleting the video.

Farrakhan has long compared Jews to termites, called them Satanic and accused Jews of controlling the slave trade, Hollywood, the banks and the media. And while Handler’s post drew negative attention in some media outlets, few celebrity voices publicly called her out for sharing the video.

Former Fox News host Megyn Kelly tweeted that it was “stunning” to see how many celebrities “are either too stupid to know what Farrakhan has said publicly about Jews or — worse — do not care.” Actor Josh Malina issued a “Friendly reminder: Louis Farrakhan is a virulent jew-hater. He is trash. Don’t tweet out his greatest hits.”

Ari Ingel, director of the nonprofit Creative Community For Peace, which works to counter antisemitism and anti-Israel sentiment in the entertainment industry, told Jewish Insider that he wasn’t shocked by the radio silence.

“It’s not surprising other celebrities didn’t speak out against the post,” said Ingel. “Unfortunately, many Jews in Hollywood and in the entertainment industry have a long history of not speaking up about antisemitism.”

Ingel suggested that the silence “has to do with the traumatic past Jewish people have been through, and many try to simply blend in and assimilate in America. They don’t want to make waves when it comes to their own community, even though they are usually very vocal in defending the rights of other minority groups.”

Israeli actress Noa Tishby told JI it was “disheartening” that more celebrities had not spoken out against Handler’s decision to share the video.

“One can not be against one form of racism or discrimination and not another,” Tishby added. “If we stand against hate, we stand against all hate, not just some of it.” Nobody would quote Stalin or Hitler or Mussolini’s “inspirational moments” today, Tishby said, and suggest they be “given a pass” on their other actions. “I think Chelsea Handler should take a good look at this guy, and take the appropriate actions,” she said. “He can not be accepted into the mainstream.”

Handler’s post came less than a week after the rapper Ice Cube tweeted a series of antisemitic posts to his 5.4 million followers, including praise of Farrakhan. He, too, faced little pushback from mainstream Hollywood voices.

“It’s disturbing to see a cultural icon who is such a powerful voice for social justice in the black community fail to understand the impact his words and the images he shares have on the Jewish community,” Ingel said of the rapper. “We stand with the black community in their fight for justice and change in America, but fighting racism with antisemitism is unacceptable.”

Ingel said that CCFP “has been in touch with members of his team,” but “as Ice Cube has clarified on social media, he stands by his posts, which is unfortunate.”