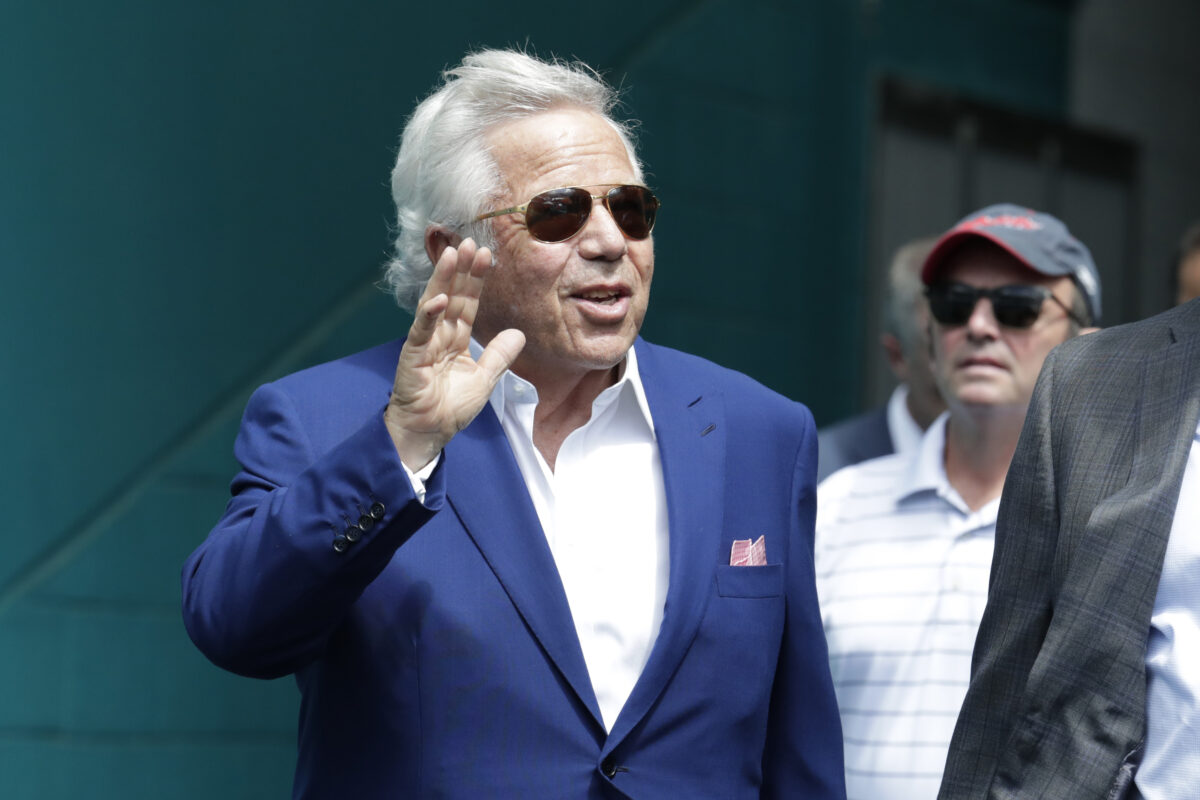 Rachel Fish has been named the founding executive director of the Foundation to Combat Anti-Semitism, a new entity created by New England Patriots owner Robert Kraft and others.

The Boston-area foundation already has a rudimentary website set up, where it states plans to use social media “to stand up against racist and violent rhetoric aimed at the Jewish people.”

Fish will assume her new role October 7th, according to a statement issued by the foundation. She most recently worked at The Paul E. Singer Foundation in New York as a senior advisor and resident scholar of Jewish/Israel philanthropy. Before that, she served as executive director of Brandeis University’s Schusterman Center for Israel Studies.

“I am thrilled to have Rachel lead this new and important effort,” Kraft said in the statement. “Rachel’s education, experience, and most importantly, her commitment make her the right person for this role. She is equipped to face the growing epidemic of anti-Semitism with tenacity and a proven track record of progress through a lifetime of work in this arena.”

In the statement, Fish said, “It is an honor to work with the Kraft family, and I am both humbled and eager for this opportunity,” Fish said. “My entire life I’ve sought to educate ignorance and fight hatred, and this role is the culmination of academic pursuits and advocacy efforts. We live in a time in which we imagined the horrors of antisemitism would no longer persist, yet it does. It is incumbent upon all of us to fight antisemitism and educate our communities so as to eradicate hatred toward Judaism, the Jewish people and the Jewish State.”

Fish did not return an email request for an interview by press time.

On her personal website, where she dubs herself a “Scholar/Warrior,” Fish includes a video clip in which, as part of a panel discussion at Boston University, she argues for greater complexity in teaching about the Israeli-Palestinian conflict and calls efforts to suppress pro-Israel activity on university campuses “hate speech.”

At the Foundation to Combat Anti-Semitism, Fish will be responsible for strategic vision and planning, fundraising and leading the operations of the foundation, according to the organization’s statement, and will hire and manage a staff that will specialize in social media, education and effective response to antisemitic incidents and rhetoric.

Fish earned her PhD at Brandeis in Near Eastern and Judaic Studies, where she researched the history of the idea of bi-nationalism and alternative visions for constructing the State of Israel. While at Brandeis’s Schusterman Center, Fish initiated workshops for public high school educators about the modern State of Israel. Fish earned her Master’s Degree at Harvard in Contemporary Thought in Judaism and Islam.

The new foundation has been kicked off with a $20 million donation from Kraft, who is chairman and CEO of the Kraft Group, which includes companies that produce paper and packaging (where Kraft started his life as a businessman), the Patriots and other sports teams as well as the stadium where they play. Kraft was announced as the 2019 Genesis Prize winner in January. In February he faced charges stemming from a human trafficking sting operation at a Jupiter, Florida, massage parlor. Kraft faces two first-degree misdemeanor charges of soliciting a prostitute. In March, Kraft publicly apologized and pleaded not guilty.

Kraft announced the idea of the new foundation when he accepted the $1 million Genesis Prize last June, adding $20 million of his own money. He has been joined by billionaire Russian oligarch Roman Abramovitch, who owns the British soccer team Chelsea Football Club. Abramovitch donated $5 million.

At the Genesis Prize ceremony in Jerusalem in June, Kraft said, “The new foundation I am announcing tonight is a platform to galvanize the global fight against antisemitism, uniting all people of good conscience around this goal,” said Kraft at the June ceremony. “My vision is to work to end the violence against Jewish communities. In combating the scourge of antisemitism, my solemn ambition is to counter all forms of intolerance in the spirit of the ancient Jewish value of tikkun olam — to heal and repair the world.”

The new foundation has set among its goals “creating a replicable model for fighting other forms of prejudice, racism and hate crimes.”