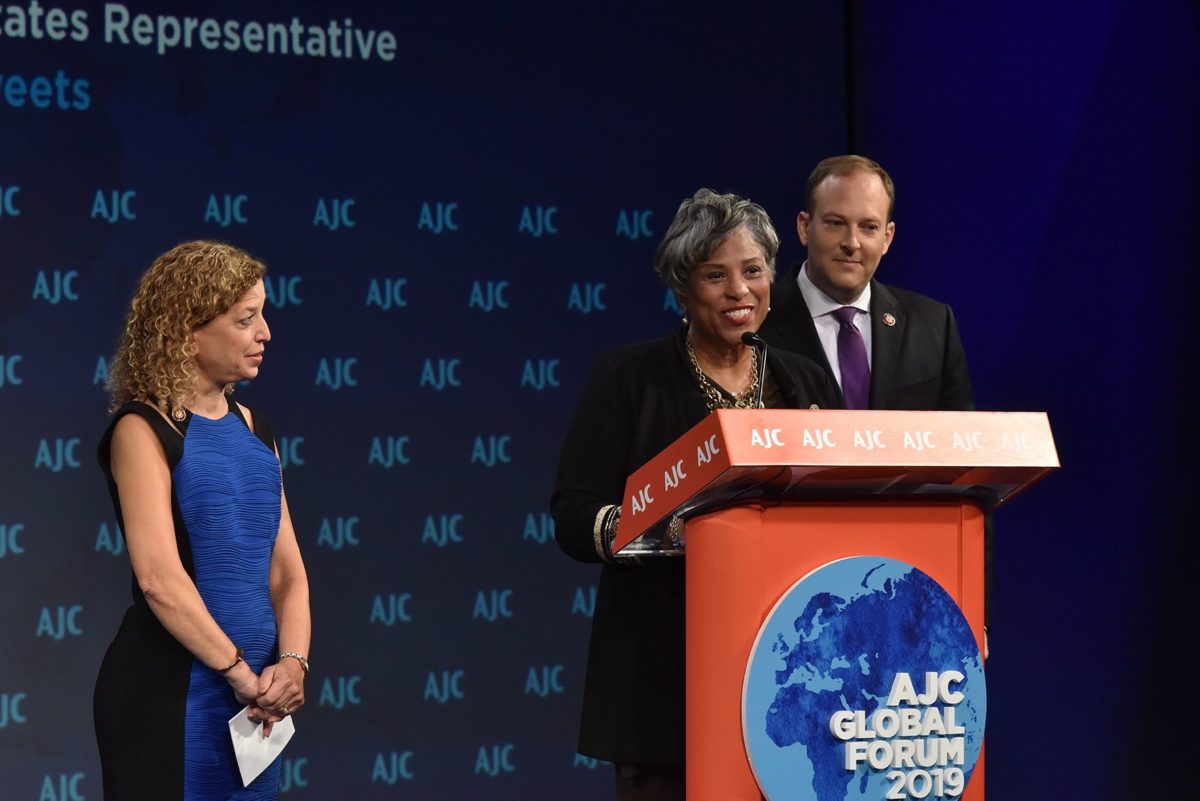 A bipartisan group of House representatives announced the first-ever Congressional Caucus on the Black-Jewish Relationship, at the American Jewish Committee (AJC) Global Forum in Washington D.C. on Monday.

Representative Brenda Lawrence (D-MI) made the announcement in front of the nearly 2,500 attendees of the conference, joined by Reps. Lee Zeldin (R-NY) and Debbie Wasserman Schultz (D-FL). Other founding members include Rep. John Lewis (D-GA) and Will Hurd (R-TX).

“I want to thank the leadership of the staff of the American Jewish Committee for having us here today to announce the launch of the Congressional Caucus on the Black-Jewish relationship,” Lawrence said. “It’s now our time to write history and lock arms, and I’m so glad to be here with you.”

The goal of the caucus is to raise awareness of each community’s “sensitivities and needs,” both in Congress and around the country, the group said in a statement. Other work includes supporting stronger anti-hate crime legislation, increasing government resources to confront white supremacist ideology, and finding commonalities to bring African-American and Jewish communities together.

“There’s a long rich history, as Brenda pointed out, of what unites us, most importantly what has united us,” Zeldin said. “Speaking of darkest days – yes, the Jewish people stood with the black community during the civil rights movement, some losing their life fighting for justice.”

Wasserman Schultz told the audience the idea for the caucus came up over a year ago, with Lawrence pushing for its formation.

“She came to me on the House floor well over a year ago with the idea that for so many years, our two communities, generation after generation have stood in this gap with one another, have lifted as we climbed, and pulled each other along when that was necessary as well,” Wasserman Schultz said. “And given these times that have often become toxic and even deadly for both communities, Brenda’s vision, which is one that I share, that Lee shares, Will and John share and all the members that will join our caucus in our efforts will share, we know that we are stronger together.”