The forum, including diplomats and parliamentarians from the E.U., UAE, Bahrain and Canada, was organized by AIPAC and the affiliated American Israel Education Foundation 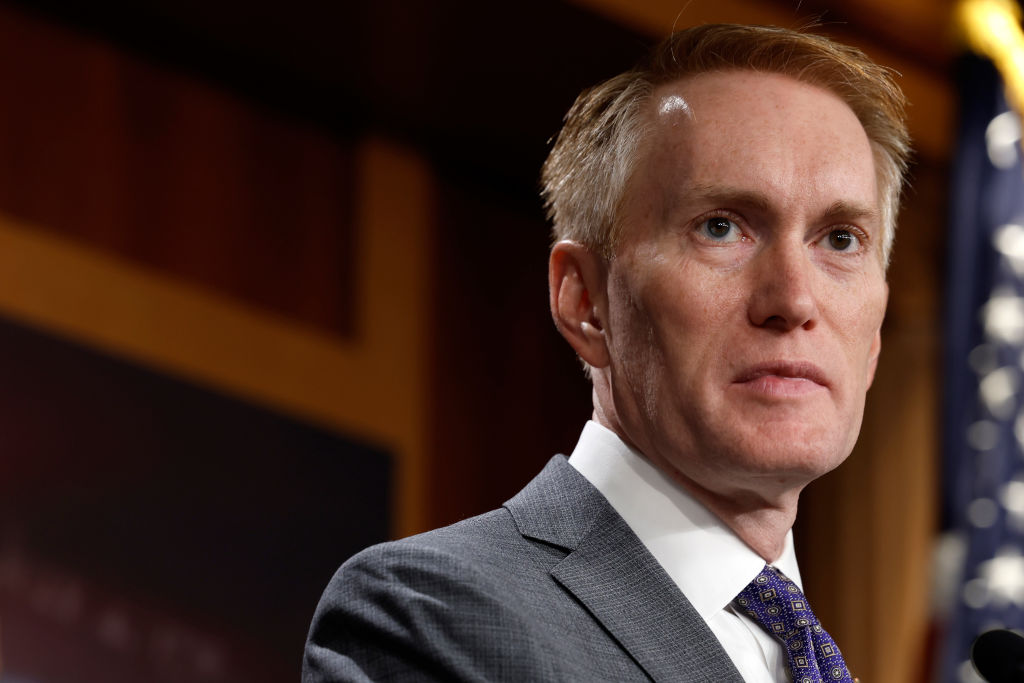 Leaders of the congressional Abraham Accords caucuses in the House and Senate joined lawmakers and diplomats from 16 other countries on Tuesday for an international, interparliamentary forum focused on promoting projects related to the normalization agreements, Jewish Insider has learned.

The individual involved in organizing the event said that it was prompted by growing interest from lawmakers in other countries about the Abraham Accords and possibilities for collaboration with Congress.

“It is important to have partners like AIPAC as we continue to support Israel and actively engage with dozens of countries to promote normalization between Israel and Arab nations,” Lankford told JI. “We should find as many paths to peace as possible and explore every opportunity for a prosperous future. I am grateful to AIPAC for hosting such a vital conversation as we continue to make remarkable moments of history to come together in peace.”

The goals of the forum, the source said, include bringing together people from multiple countries to promote the Accords, increasing education in other countries about the Accords and their impacts and potential multilateral, jointly funded projects within the region.

“In just over two years, the Abraham Accords have helped transform the Middle East by promoting regional stability, enhancing Israel’s security, creating economic opportunities for the United States and our allies, and advancing vital American security interests. During this period, the Accords have also fostered meaningful people-to-people relationships between Israelis and Arabs throughout the region,” Rosen told JI. “This meeting provided an opportunity for parliamentarians from around the world to discuss how we can collaborate to build upon these Accords to strengthen existing partnerships and develop new ones.”

The source particularly highlighted the possibilities for cooperation in areas relating to education as well as water, energy, sustainability and the climate — especially given that the UAE is hosting COP, the United Nations climate change conference, next year. They noted that European states have particular experience in regional climate and energy work.

The individual involved with organizing the event described Tuesday’s convening — which they said was met with significant interest by participants — as the beginning of a larger process and an ongoing method of collaboration among legislators across international borders.

No representatives from Israel were present at Tuesday’s meeting since Prime Minister-designate Benjamin Netanyahu is currently in the process of forming the new government, but they are expected to attend future sessions, the source said.